Kazakh and Russian experts held a meeting on plant protection and locust control in cross-border regions on Feb. 9 in Aktobe, reported the press service of the Kazakh Ministry of Agriculture. The relevance of the locust issue has grown significantly during the past years and joint measures are needed to solve this problem. 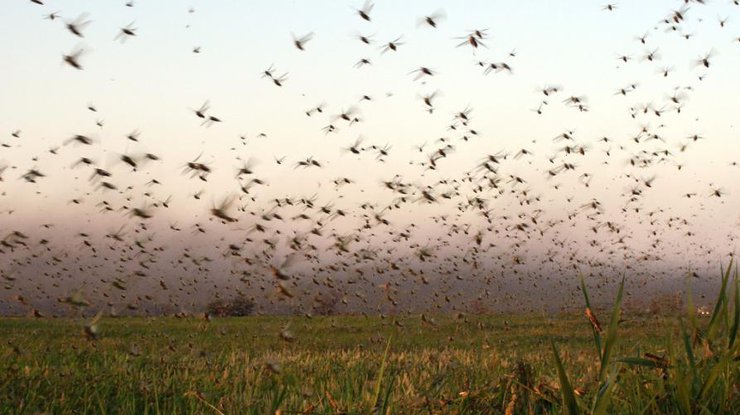 Russia was represented by the head of the Department for Plant Growing, Chemisation and Plant Protection of the Ministry of Agriculture Petr Chekmarev. Chairman of the Inspection Committee of the Agroindustrial Complex Boran Rakhimbekov headed the Kazakh delegation.

The parties summed up the results of the past year and developed new goals. It was noted that despite the crisis, Kazakhstan carried out all planned actions in the border area during 2015. The Kazakh state usually allocates 3 billion tenge (US$8.2 million) for pest control. This fund is used to organise inspections of the border territories, their pesticide handling, as well as to purchase combustive-lubricating materials and drugs. Every year, Kazakhstan checks up 10 million hectares of land, and 3 million hectares of this volume is processed. During 2015, more than 3,500 experts and 310 technical vehicles were involved in the process.

The experts also shared new technologies they used to fight the pests. Thus, Kazakhstan presented its biological method, which appeared to be effective, as well as having economic and environmental benefits.

According to Chekmarev, Kazakhstan’s pest control is conducted at the proper level and has shown positive improvements. In Russia, however, this task is organised in a different way, as pest control is part of the land users’ responsibilities and not all land owners are able to fulfil the duty. Russia, however, says the situation is under control.

“Our meetings are very useful. They allow us to coordinate and guide joint efforts to fight the pests,” said Chekmarev.

After the meeting, the Russian and Kazakh colleagues signed an agreement on further joint activities to fight locusts and stop their migration in cross-border territories.