By Dmitry Lee in International on 15 February 2016

ASTANA – As a result of the large-scale Kazakh-Iranian business forum held Feb. 6-8 in Tehran, the two nations have agreed on a supply of Kazakh-made train cars to Iran and to establish a joint investment fund. 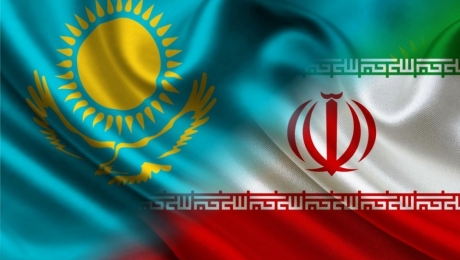 The arrangement is the first such event since Iran came out of the shadow of international sanctions and the two countries have subsequently been promoting cooperation in various fields, according to the Kazakh Central Communications Service.

He added the talks have had good results and “we have already signed several multi-million dollar agreements on the supply of Kazakh-made products [to Iran].”

Among the top questions on the agenda were the supply of 70 electric and 75 diesel locomotives and 130,000 tonnes of steel rails. The Iranians are planning to purchase 1,000 passenger cars, oil and communication equipment, fertilisers, hygroscopic disposable vacuum tubes and needles and food products.

Khamitov also noted an agreement to create a joint investment fund might be signed during the official visit in the first half of the year led by Kazakh President Nursultan Nazarbayev.

Among other deals were a $2 million supply of Kazakh transformers, a possible Shymkent-based joint venture to produce oil for transformers and a $30 million contract to supply meat products.

The Iranians are interested in a 3 billion tenge (US$8.3 million) investment in mining fields.

More than 160 Kazakh and 500 Iranian companies participated in the three-day event. The Kazakh delegation was headed by Minister of Investment and Development Asset Issekeshev and arranged by Baiterek Holding.