By Staff Report in Business on 16 February 2016

ASTANA – The Iranian government recently introduced protective duties for the import of Kazakhstan grain to protect its domestic market, according to President of Aktau International Seaport Mikhail Yalbachev. This is expected to decrease cargo traffic to Iranian sea ports from Kazakhstan. At that, cargo traffic to Azerbaijan increased and great volumes of cargo traffic from Ukraine are expected. 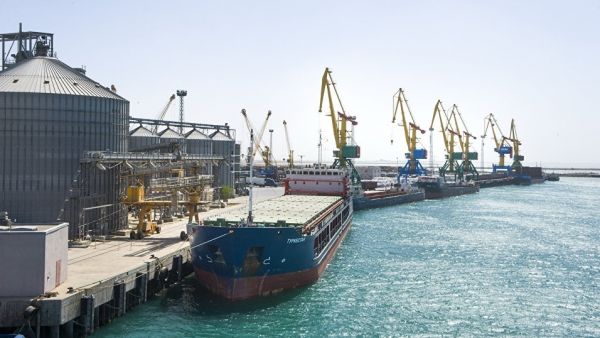 “The duties resulted in the decrease of demand for metals and grain in the Iranian domestic market. After sanctions were lifted on Iran, it introduced duties for the import of grain from Kazakhstan. It is hard to evaluate grain export now,” Yalbachev said.

The Aktau International Seaport doesn’t suffer from shortage of work, however, due to the increase of cargo traffic to Azerbaijan. Most of the cargo traffic is carried by trucks, which are transported by ferry boats. In January, the number of ferry boats from Turkey and Azerbaijan, which deliver trucks to Aktau, increased by 10 times.

Also in the Aktau seaport, much cargo traffic from Ukraine is expected. In January, the first train from Ukraine to China passed through the seaport. The cargo was delivered by ferry to the Kazakh seaport through Georgia and Azerbaijan and then was sent to China by train.

Yalbachev said that as of today goods are delivered from Ukraine by trucks. There are still no such large volumes of cargo traffic from Ukraine as Kazakhstan has from Turkey because different issues connected with logistics and legislation are being discussed.

The ferry complex at the Kuryk seaport is under construction. It will allow increased exports of Kazakh grain to China, the Eastern part of Asia and the states of the Arabia Gulf and Europe. This year, the construction of railroads and electric supply systems will be finished.