By Dmitry Lee in International on 23 February 2016

ASTANA – The Hungarian economy has seen constant growth since leaving behind the echo of the 2008 financial crisis, and the country’s embassy in Kazakhstan is now ready to further deepen and expand cooperation, and exchange experiences, the Hungarian top envoy in Astana says. 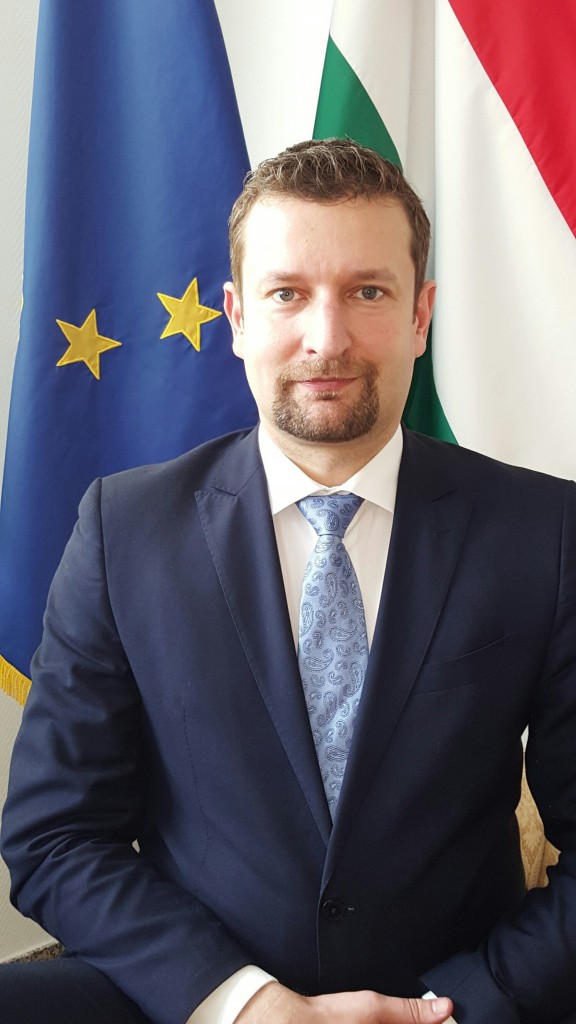 “Prime Minister [of Hungary] Viktor Orban’s visit last spring was very fruitful. We are still implementing the agreements reached during his meeting with President Nursultan Nazarbayev,” Ambassador Andras Baranyi said in an interview for this story.

As the most important outcome of those talks the relations between Kazakhstan and Hungary were elevated to the level of strategic partnership, which Baranyi believes makes the two countries each other’s main allies in the Central Asian region and Eastern Europe respectively.

“As for some practical results, Kazakhstan gave Hungarian citizens temporarily a visa-free regime for 15 days. It helps both tourists and business people, for whom time is money. And we are grateful to the government of Kazakhstan for this opportunity. Another result of the visit last spring was the establishment of the Council for Strategic Cooperation [a council of three representatives from each government designated to hold close talks]. The first meeting is scheduled for this spring and is to be co-chaired by Minister of National Economy of Hungary Mihály Varga and Minister of Foreign Affairs of Kazakhstan Erlan Idrissov.”

The embassy is also preparing the next meeting of the Intergovernmental Committee for Economic Cooperation followed by a business forum with participation of numerous Hungarian and Kazakh companies.

“Our leaders also agreed on the establishment of the Joint Bilateral Investment Fund by the Hungarian Eximbank and the KazAgro Holding. Each side is providing $20 million for joint financing, so the total starting capital will be $40 million. The fund will provide direct support for bilateral projects in the field of agriculture. Also, the biggest Hungarian oil company, MOL Group, is in tight cooperation with KazMunayGaz. There is an oil field, Fedorovsky, in western Kazakhstan, which is run by Hungarian, Chinese and Kazakh partners. It’s very important for both countries, for Kazakhstan as an oil exporter and Hungary as an oil consuming country. In fact it’s a successful example of the large-scale investment projects of the Hungarian companies to the Kazakh economy. On top of that, Hungary offered to raise the scholarships provided to Kazakh students to study in Hungarian universities from the present 45 to 200 annually starting from the next academic year. The respective bilateral agreement will be finalised soon.”

The ambassador believes that to deepen cooperation across sectors, it is also important to have direct flights.

“We are doing our best to establish direct aerial connection between Astana and Budapest. It would support the business cooperation and help boost tourism for both countries. Hungary has much to offer tourists with thermal waters, spas, a good climate and attractive sights.”

“Last December, the Hungarian government confirmed by an official Decree that our country will participate in the expo. I am quite happy to say that the commissioner of the expo is the economic attaché at our embassy. This means he can be quick to react during the preparations. We already know the general idea of the pavilion and are currently working on the content with the aim to present our vision of the future energy to the visitors in the most attractive way.”

Baranyi stressed that Hungary has come out strong after the financial crisis in 2008.

“First of all, our government consistently managed to keep the deficit of the state budget under 3 percent, last year it was even below 2 percent. Secondly, gross domestic product growth is currently at around 3 percent,. This result puts us among the frontrunners in the EU. Inflation is almost at zero, and the central bank’s base interest rate is actually equal to 1.35 percent. The most important result is the level of unemployment – although back in 2010 it reached 11.5 percent, now that is at 6.2 percent in the country.”

“After the elections in 2014, our government took a slightly different course [in terms of foreign relations]. … Our ministry has been renamed the Ministry of Foreign Affairs and Trade. Foreign trade is given more emphasis now, and it is a strong message, underlining that economic cooperation and trade relations are very important,” he explained.

“Another important course Hungary is undertaking is cultural expansion. On March 17, we are launching a large-scale Hungarian exhibition at Kazakhstan’s National Museum. It will include over 140 works of art by famous Hungarian painters and artists of the second half of the 20th century. I am proud to have the privilege to present these works at the largest museum in Kazakhstan.”

Another cultural event the embassy staff is preparing a Hungarian movie festival. “Hungarian cinematography has undergone some radical changes in the past few years, in particular in the financing of different stages of the shooting process, and we would like to share this with Kazakh viewers. A similar festival has been held in Almaty for six years and now we would like to continue this event in the capital as well.”

Baranyi, who holds a law degree himself, also wants to promote cooperation in the legal sphere as well.

“We also cooperate with KAZGUU University and I am proud to announce that we are inviting a well-known professor from Hungary, Gabór Hamza, chair of the Department of Roman law at the Eötvös Loránd University Faculty of Law, who will lecture on comparing the continental legal system with the Anglo-Saxon legal system. I believe this is important for Kazakhstan after EXPO 2017, as the country is preparing to introduce the Anglo-Saxon legal system at the Astana International Financial Centre that is to be launched in 2018.”

“I do believe that strengthened cultural and scientific contacts give us firm basis for mutually beneficial economic cooperation. Mutual sympathy and trust are key for doing successful businesses together,” he said.

“I can feel the convenience of the new city that has been built from scratch – moving around the city is easy, everything is close. What’s more important is the attitude of the people. One of my colleagues was out in -40 Celsius to finally meet the Astana winter at its best, but she couldn’t feel the complete experience, as drivers were stopping and offering to give her a ride to save her life. People in Astana care about others and I can really feel it.”