By Julia Rutz in Business on 5 February 2016 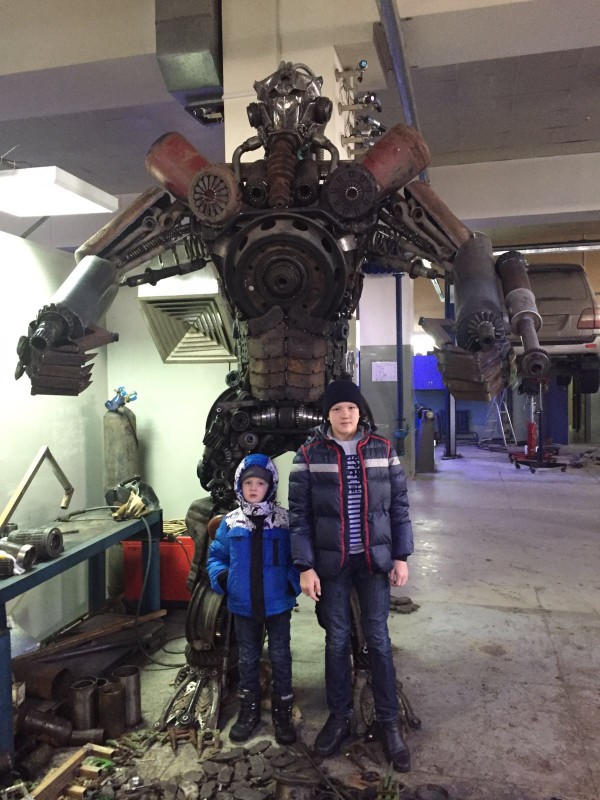 “This happened spontaneously. We tried making small iron figures, such as hedgehogs, dogs, mannequins and candle holders. Our mechanics used everything they could find in the garage and what was left by previous clients – suspension parts, engines, chains, valves and pistons. As we really enjoyed the process, we decided to try our skills and create something big. This is how our robots were born,” he said. 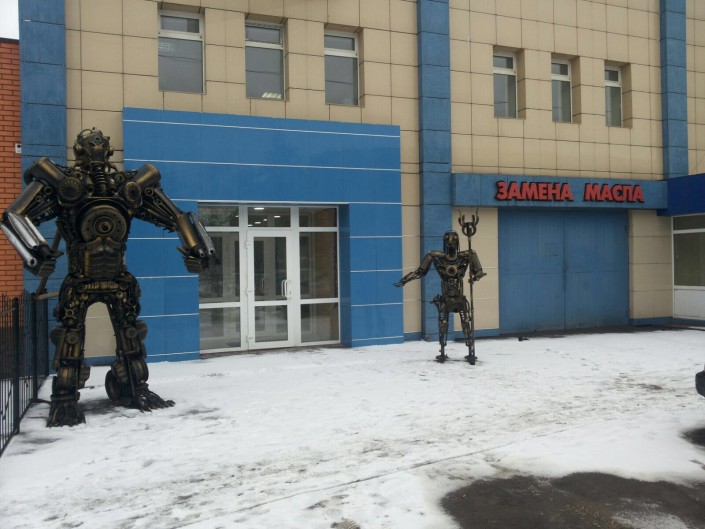 The first creation was a two-metre high cyborg, which should remind customers of the guardian from the movie “Stargate,” followed by a four-metre high robot which weighs about two tonnes. It took more than a month to create the giant.

“We wanted to make the robot look as human-like as possible, so it cost a lot of work and time, but we made it. The robot is made from a lorry loader, combine and mowing machine spares. Some of our clients brought us additional material so we could continue working, some parts we bought in the market,” said Sukhonosenko.

The manufacturing process of the robot’s head appeared to be the most time-consuming, as it was sawed by hand with the help of grinder. 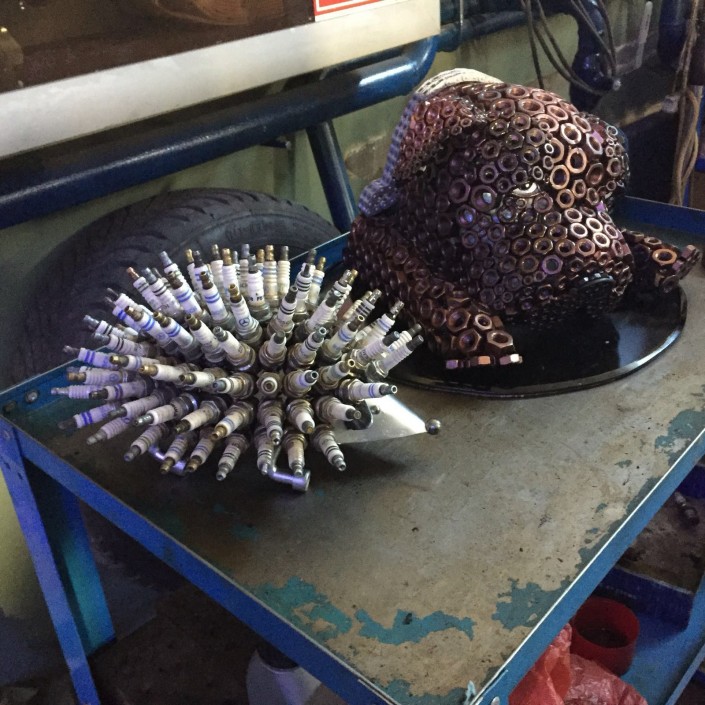 “Once, one of our clients was close to having a heart attack when he came into the garage. The robot was almost ready and stood behind the corner of one of the boxes. The man was talking on the phone when he suddenly noticed a great iron something right next to him. He jumped aside and dropped the phone on the floor, however all ended up well. We all laughed and took a selfie,” said Sukhonosenko.

The idea to turn spare parts into something artistic was part of the entrepreneur’s anti-crisis plan. It was obvious that in the current challenging time in the market, employees needed to find a passion at work. 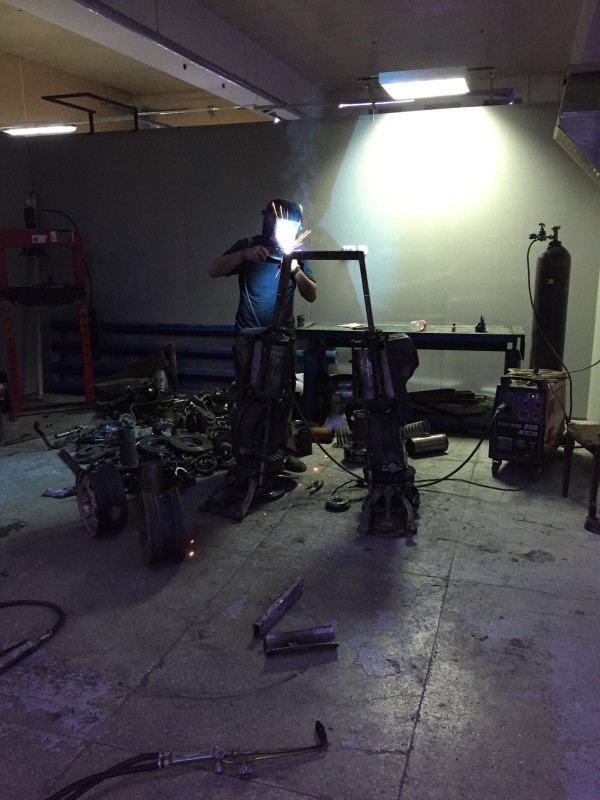 The number of clients has dramatically dropped as a result of the current crises, so he decided to stock the waste materials and use the available free time and great skills of the team members to create something inspirational. Not all of the guys believed in the venture, but when they saw the first results of the work, even those who did not initially have a creative spirit came up with brilliant new ideas and proposals.

The team is so inspired they even want to make the robots move and their eyes twinkle, said Suchonosenko. As for now, the popularity of the automotons continues to grow. Not only clients of the repair shop, but other locals and guests of the city come to take a picture with the iron giants.