By Kamila Zhumabayeva in Culture on 8 February 2016 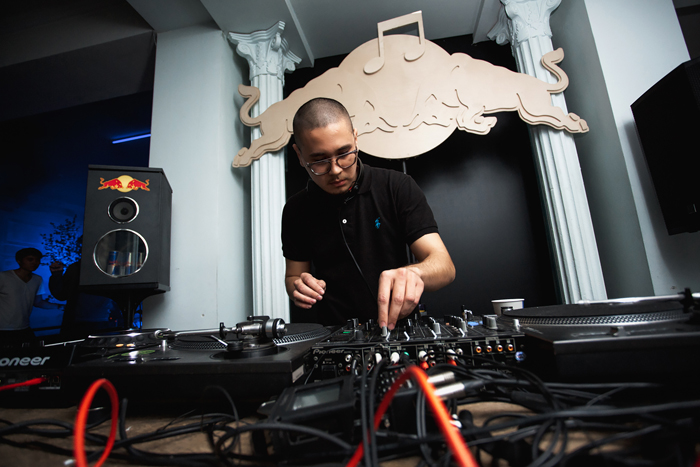 “CNN set out to find the sounds of the modern Silk Road, from east to west discovering the artists whose talent will soon be crossing borders. We asked music experts across The Silk Road to name an emerging talent from each country,” highlighted the article.

Journalist Sophie Eastaugh noted the evolution of the new performers.

“When plucky traders trekked the silk route hundreds of years ago, the only sounds to accompany them were the thud of hooves, slow breath of camels and rush of the desert wind,” she wrote. “Today’s Silk Road travellers may go by plane, truck or bicycle, but there’s a good chance they’ve got music to stimulate their senses along the adventure.”

Arenov hails from Almaty, Kazakhstan’s largest city, according to the network. Although he spent his entire childhood dreaming about becoming an astronaut or astrophysicist, he learned to play drums instead.

“There is a cool lyceum school for space study where I studied from grade six to nine; not so long, not much, but it was a very active and captivating period,” said Arenov in an interview early last year, according to Vlast.kz.

He later transferred to linguistic school and joined a vocal and instrumental ensemble where he was asked to play drums. Arenov quickly perfected the instrument and played for a long time.

“A graphic designer by trade, he began playing the drums at 14 and soon started bedroom composing,” wrote Eastaugh. “In 2014, he was selected for Tokyo’s Red Bull Music Academy, where organisers hailed him as ‘a master of spaced-out disco.’ Yet his Kazakh influences are still prominent – several of his tracks feature the dombra, a traditional Kazakh string instrument.”

“Imagine cosmic disco scrolled through a tape recorder with the added background sound of an oriental bazaar. Shifting the love for progressive and psychedelic rock into his music, Arenov simultaneously gravitates to soft tunes, which imparts a big emotionality to his work,” it wrote.

“Almaty might not have the biggest electronic music scene, but we know that Arenov is definitely one of its best and brightest,” noted Eastaugh.

Abdolazimzadeh records music in Istanbul and sings in both the Turkish and Azerbaijani languages. Before moving to Istanbul to pursue her career, she performed as an underground jazz and blues singer because women were banned from singing in her native Iran, according to the article.

Now based in Beijing, Liang grew up in Los Angeles, where his musical career led him to produce for the American rapper and actor known professionally as Snoop Dogg (Calvin Cordozar Broadus, Jr.)

Nicholson and producer/drummer Rohan Ramanna met at the latter’s music studio in 2014 and have since been writing and performing together, noted the article.

“Their stunning debut EP ‘For What’ was released in 2014 and last year the duo brought their haunting vocals and electronic soundscapes to the UK, playing live shows in London, Glasgow and Brighton,” it added.

“[They use hip-hop to] give a voice to the youth of the Middle East,” wrote Eastaugh.

The CNN feature “The Silk Road: Past, Present, Future” travels east to west along the ancient trade route, exploring how traditional culture, arts, and trade have developed in the 21st century. This month it visits Scandinavia.