Destination – Kazakhstan. What Should I Know?

Experienced travellers looking for something new and different may find themselves exploring the opportunities Kazakhstan can offer. Visitors can take a train and watch the endless Kazakh steppe roll by; gape at the modern architectural marvels of the capital city, Astana; ski or go horseback riding in the mountains south of Almaty; or visit a jewel of the ancient Silk Road and Kazakhstan’s most impressive Islamic monument, the city of Turkestan. However, as the country is still little known in the travelling community, most potential tourists will have to deal with a lack of information about Kazakhstan and its culture. After going through several major travel and tourism blogs dedicated to the biggest Central Asian state, The Astana Times gathered a list of questions foreign visitors most frequently ask. 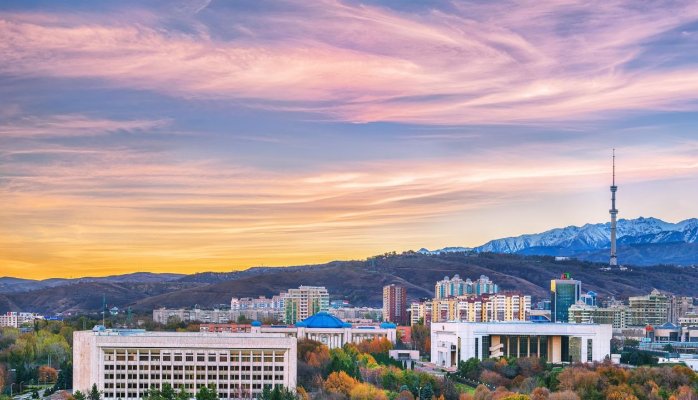 What is the best season to travel to Kazakhstan?

First of all, it depends on which part of the country you would like to visit. Kazakhstan is the ninth largest nation in the world and different regions tend to experience different weather patterns. Moreover, the country has seasonal extremes with hot summers and cold winters. In general, the best time to come is between May and September.

What do people eat in Kazakhstan? Can I find vegetarian restaurants there?

Unlike many foreigners coming from the West, the local population is not generally as concerned with eco-friendly eating habits. Meat is the primary ingredient in most dishes served in Kazakhstan (after all, Kazakhs like to joke that they are second in the world in terms of meat consumption after… no, not Argentinians… but wolves), but this doesn’t mean that tourists won’t be able to find something to accommodate a vegetarian diet, including vegetarian menus in some restaurants. However, you should be ready for a limited choice of appropriate products for vegetarians or vegans, particularly in smaller cities or the countryside. Only a few restaurants located mostly in Almaty and Astana offer a variety of plant-based food.

What language do people speak in Kazakhstan? Can I use English for communication?

Kazakhstan is a bilingual country: the Kazakh language has the status of “state language,” while Russian, which is spoken by almost all citizens, is the “language of inter-ethnic communication.” In big cities it is possible to get by with English, especially if you talk to the under-35 crowd, but this language is definitely not a lingua franca in Kazakhstan. If you want to travel alone, make sure you have learned some necessary phrases in Kazakh and/or Russian before coming.

What should I know about Kazakh etiquette and customs?

The common greeting is the handshake; once you have developed a personal relationship, friends of the same sex may prefer to hug. Kazakhs are known for their great hospitality, so you may be invited to someone’s house for dinner. It is polite to bring something for the hostess, such as pastries. In more rural settings, you may sit on the floor. Hierarchy is respected in Kazakhstan, so someone very senior is never criticised, especially in public. Most locals tend to speak in a roundabout fashion and respond more favourably to gentle probing rather than direct questioning.

What are the must-have souvenirs from Kazakhstan?

There are many options to memorialise your trip to Kazakhstan with a good buy. As handicraft work is pretty well developed in the country, you can purchase intricate felt rugs or wall hangings, prized for their lively colours and detailed work. Other unique souvenirs are a Kazakh water flask made from hand-tooled leather or a miniature yurt, the traditional dwelling of Kazakhs. Some tourists prefer to take exotic dishes or drinks back home, such as kumis, a mildly alcoholic drink made from fermented mare’s milk; shubat, fermented camel’s milk; kurt, a cheese made from dehydrated sour cream; or baursaks, little balls of fried dough similar to a savoury or doughnut.

Whether it is your first trip to Kazakhstan or you have already been to Central Asia, the most important thing to know is that Kazakh citizens are very hospitable and to treat a stranger properly is a priority in their culture. Moreover, most people are very curious about other nations and cultures, so every tourist coming from abroad will become a small-scale celebrity and will easily find new friends ready to show them more about the Kazakh homeland.