Carrefour to Enter Kazakh Market during First Quarter of 2016

By Kamila Zhumabayeva in Business on 8 February 2016 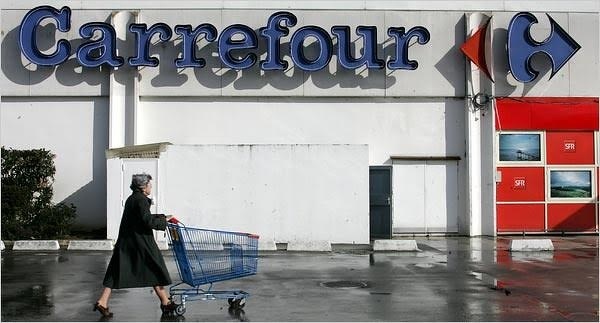 “Active work to attract major global brands is underway… A chain of Starbucks coffee houses was opened in Almaty in December of 2015,” said the akimat, according to the newspaper. “Carrefour retailer, the second largest after the American Walmart stores based on market capitalisation,  plans to open its first store in Almaty during the first quarter of 2016.”

The store will be in the new Grand Park Almaty, a shopping centre at the intersection of Kabdolov and Altynsarin streets, wrote Forbes Kazakhstan. It is expected to be 12,500 square metres large.

Carrefour isn’t the only multinational retailer with its eye on the Kazakh market. Leroy Merlin, France’s largest home improvement chain, intends to open sites in Almaty and the Almaty region by the end of the year. Negotiations are currently underway with companies such as Auchan, Bombardier and IKEA, wrote Kazpravda.kz. It was also reported in January that Walmart is interested.

As part of the comprehensive plan to attract investment, Almaty Akim (Mayor) Bauyrzhan Baibek signed an order Jan. 22 creating the eponymous council, according to the newspaper. The body consists of major Kazakh and foreign investors, international consulting companies, financial organisations and others.

The council’s main tasks are to develop recommendations and suggestions on improving Almaty’s investment climate, devise strategies to attract foreign investment to the city’s economy and implement investment projects, reported Kazpravda.kz. The council will also strengthen the dialogue platform between the state and investors.

Founded in 1963, Carrefour owns hypermarkets, supermarkets, discounters, convenience and wholesale stores around the world. MAF Hypermarkets Kazakhstan, a subdivision of Arab Majid Al Futtaim, is the owner of the franchise responsible for opening the stores, reported Forbes Kazakhstan. The company plans to open 15 more outlets throughout the country within the next five years.

“The market in our country is fairly narrow; not so many strong and stable participants are there. The Magnum chain of stores is one of them,” said De Buro real estate company partner Beimkhan Muratbek in a June interview with Forbes Kazakhstan. “Our market is not fully occupied with such stores… moreover it operates in a ‘cash and carry’ format, while Carrefour operates in a different format.”

Muratbek noted Carrefour will encounter certain peculiarities in relation to Kazakhstan’s small population and vast territory. He believes MAF Retail took the issue into consideration and thinks the French chain will not fail in Kazakhstan like its unsuccessful experience in Russia. Carrefour left the market in 2009 shortly after opening its second hypermarket.