By Staff Report in Nation on 8 February 2016

ASTANA – On Feb. 5, the second extraordinary congress of Birlik (Unity) announced the party’s intention to run in the upcoming election for the Mazhilis (lower house of Parliament) and approved an eight-point electoral programme under the slogan “Clean intentions, clean actions, clean environment.” 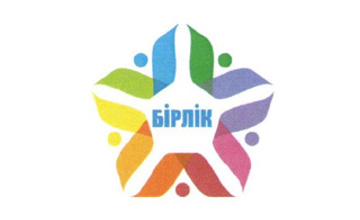 The list of Birlik candidates for the Mazhilis includes eight people. Among them are the party chairman, businessman Serik Sultangali and his deputy, former Human Rights Ombudsman Bolat Baikadamov, while other, less known candidates come mainly from business and academic backgrounds.

Speakers at the congress said that even if there was not much time left to make a thorough preparation for the election, Birlik should make every effort to reach out with their electoral platform to as many voters as possible.

The party is positioning itself as a “party of social justice” that seeks to protect an individual from lawlessness by creating equal opportunities for all citizens regardless of social, ethnic and religious backgrounds.

“We stand for equal opportunities for everyone. We consider the resources of Kazakhstan as a public domain,” Sultangali said, calling it Birlik’s “fundamental difference from other parties.”

Birlik claims it will strive to create a “successful, just, spiritually rich society,” based on a “socially oriented economy” and “ethical principles that reflect traditions of the people of Kazakhstan,” vlast.kz reported.

If it makes it into the Mazhilis, Birlik wants to prioritise issues of environmental protection, focusing on the goal of “passing on to future generations a clean Kazakhstan with [well-preserved] flora and fauna.”

Economically, the party emphasises reforms aimed at shaping a more competitive economy and agriculture and a need to enhance the state-defined consumer basket by increasing it.

The Birlik party was created two years ago from the merger of the Adilet (Justice) Democratic Party and Rukhaniyat (Spirituality) Party. The March 20 early parliamentary election is going to serve as the party’s first electoral test.