ASTANA – Small businesses can be hard to maintain during unstable economic periods, and Astana’s key makers are feeling the same pinch as the rest. The Astana Times continues its conversations with small-business operators, this time talking to key makers in the city to try and understand how the challenging times are affecting their businesses and what they need to do to stay afloat. 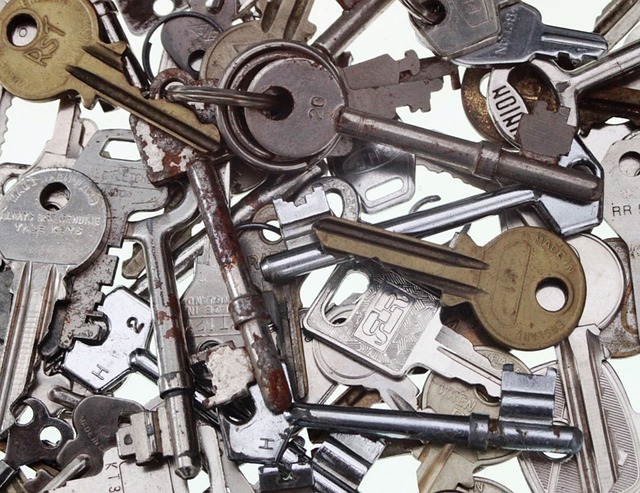 “Too many things can affect our type of business,” said Sergey, 38, owner of a small key-making stall at the Evraziya Mall, who preferred not to give his last name. “Mainly the competition: there are so many key makers in our city now that it’s hard to maintain the levels of income.”

Sergey, born and raised in Astana, used to make a living by making keys alone; however, in recent years, he admitted, he has had to make up for slowing business by adding a side-operation.

“A few years ago I also opened a shoe-repair in my business, to increase the revenue, but even then, it is still hard because almost everyone else did the same,” Sergey said with a disappointed smile.

People lose keys all the time, and people also often use shoemaker’s services, and the small fees for both services allow such businesses to keep their income flowing, the key maker said. But the constantly growing competition and prices for rent keep prompting the owner to switch his profession.

“There used to be times this business was good. Looking at it now, I understand that the best thing to do is open another business. But that’s for the future; for now, I am OK. The best thing is that I don’t pay a lot for rent, as I only need about three to four square metres to work; but still, the rent prices are growing.”

Key makers could easily earn fortunes by turning to the dark side of their business, but Sergey prefers to live honestly.

“A few times I have been approached by burglars who wanted to use my skills and knowledge to make duplicates in order to rob someone’s apartment. But I refused. Making duplicates and then robbing people is a stupid idea. People remember that they made duplicates so they would point to me right away, even after a long period of time, so [there’s] no sense in doing that … . I have three daughters, I live for them and always throw such garbage-thoughts out of my mind.”

As a key maker, Sergey has to anticipate how many and what kind of keys his customers will need and have those materials on hand. Demand has fallen, he said.

“There are expensive locks and cheap ones, car keys that now have mounted chips. I buy about 10–15 expensive key copies and about 300–400 cheap ones about once a month, but I used to buy them two to three times a month. You can imagine now how much income my business has lost.”

After 27 years in business, Sergey can tell a lot about key owners just by taking a look at their keys.

“These things are easy to see from key chains. I can tell if it’s a woman – they usually have toys, something cute and pinkish – or a man, who usually has something made of leather or sports accessories like a football. I can tell if a person is clumsy – their keys have a lot of scratches. Many things reveal the nature of the owners.”

According to Sergey, Astana’s long winters are good for key makers.

“Our best season is the winter, which is good, as it snows for six months in Astana. People often lose keys in the winter; you can drop your keys and won’t hear anything in the snow. … [W]inter is our best season to work. But what I can say is that people will always lose keys at some point or will need to make duplicates for their relatives, children, et cetera. They will always fix shoes, they need this type of business. For us [key makers], we just need to work hard: that’s our way out of turbulent times.”