By Zhanna Shayakhmetova   in Nation on 9 February 2016

ASTANA – The Astana Debate Community has earned respect in Central Asia for its achievements in argument, with speakers defending the honour of Kazakhstan in many global competitions over the past few years. 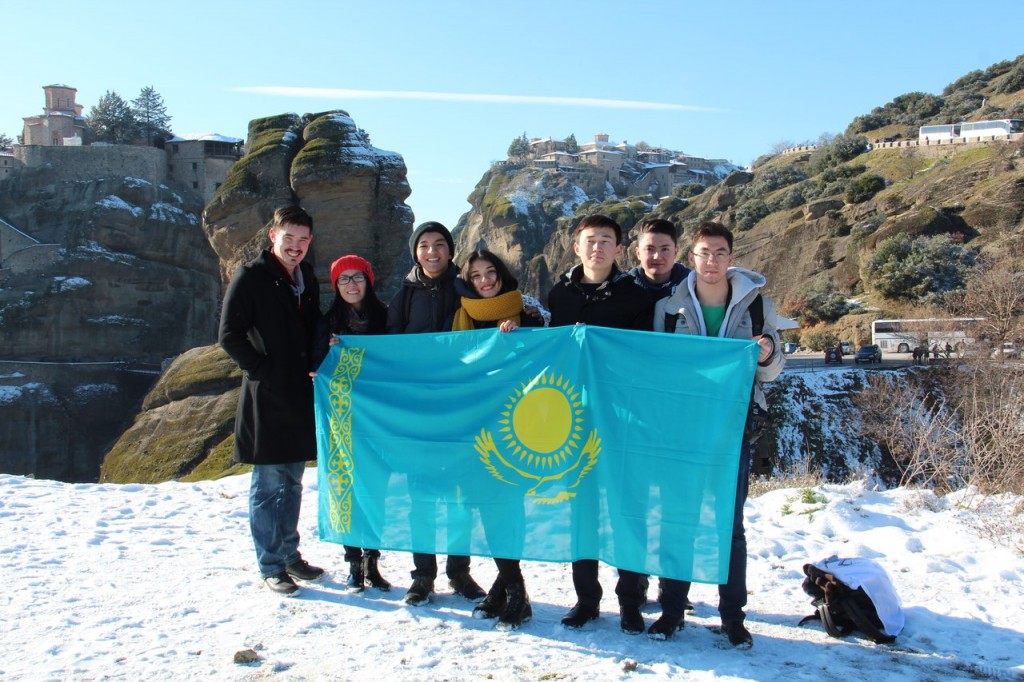 Representatives of the Astana Debate Community spoke with The Astana Times about their experience and the need to raise the level of debate in Kazakhstan to the standards of the world’s top universities.

Serik Iklassov, the debate society coordinator, monitors the activities of local clubs and arranges the contest schedule. He said that Astana’s team took part in the World Universities Debating Championship (WUDC) for the first time three years ago. This year, the 36th WUDC was held by the Debating Society of Greece and the University of Macedonia in Thessaloniki. There were about 400 teams and 400 judges from about 100 countries at the event, including eight participants from Kazakhstan: two speakers from KIMEP University and six speakers from Nazarbayev University.

“Magzhan Sovetbek was selected by the organising committee as an independent adjudicator due to his successfully passing the adjudicators’ test. Nazarbayev University has become the first Kazakh university to be represented by two teams and an institution judge due to last year’s achievement in Malaysia, in the previous world contest, when Inkar Aitkuzhina and Madina Kabdualiyeva got to the semifinal in the English as a Foreign Language category. It was the first time representatives from Kazakhstan and Central Asia made it to the break rounds [semifinals] of such a huge event,” Iklassov said. “This year, our two teams got to the top 25 teams in this category, but unfortunately, they did not break into the semi-finals.”

Despite not making the semi-finals this year, Iklassov says the results of the last two years prove that the general level of debating in Astana has been raised. “Our debaters are interested in taking international experience and transferring it to the community,” he said.

According to Iklassov, organising a major competition with the participation of foreign judges and debaters in Kazakhstan would make the country more competitive in debates.

“We believe that such events will benefit not only the tourism sphere, but also the students who take an active part in the organisation. Participating in international tournaments is very useful for teams. The experience gained at such events increases the level of debate techniques. The representatives of their communities will transfer the experience to members within the community in the form of training, joint games and refereeing. Thereby, we raise the level of debate both in the city and in other regions of the country,” Iklassov said.

Ruslan Kiimbayev, winner of the National Championship Tournament, the Astana Cup and the Central Asia Cup, is currently doing a master’s degree at Ljubljana University and is still involved in debating.

In his opinion, it is necessary to create an atmosphere of competition for the development and motivation of debaters, and to do that, English-language tournaments should be arranged more often.

“Style, training and refereeing at the WUDC are somewhat different from the way we used to debate in the English league in Astana. Trainings run by former participants, video reviews followed by rounds of debates [and] writing case studies will help [debaters] build up experience and effectively adapt to the standards of the WUDC. Of course, knowledge and erudition are essential for a successful speech. You should be up-to-date on different issues and constantly replenish your knowledge. I learned critical thinking and team spirit [while debating], as you should carry out an analysis of your performance, take into account judges’ feedback and improve your style of debate at the club’s meetings,” Kiimbayev said.

Nazarbayev University students Aitkuzhina and Kabdualiyeva, being the most experienced English League players in Astana, participated in this year’s competition, the largest non-sporting event in Greece this year.

They noted that debating plays a great role in students’ lives. It takes a lot of time, but it contributes incredibly to their academic and intellectual development in exchange.

“Global tournaments give us enormous experience in developing our critical thinking, argumentation [and] communication skills and getting valuable experience from the world’s best judges. We’ve met students from the world’s leading schools, [like] the University of Oxford, the University of Cambridge, Yale University, the London School of Economics and Political Science and Harvard University, and debated against them on the most important issues, such as fighting terrorism, ecological degradation, women’s empowerment, human rights, religion, economic rights and working conditions of people in developing states. We gained a lot of knowledge and practised so much all these years, and now we are glad to share our know-how with other students. If we have another opportunity to go abroad to represent our university and country, we definitely will,” the two said.

Being a good debater is not defined only be winning, Aitkuzhina and Kabdualiyeva noted. “Good debaters should constantly invest their time and resources into the development of debating and public speaking skills, as well as regularly widen their world outlook.”

The young orators said the number of speakers capable of debating in English should be increased. Currently, the Russian League dominates the debating movement and the number of competitions in the English League is much smaller by comparison. This problem is significant, because unless students in Astana are able to speak fluently in English, the chances of Kazakhstan winning on the global level or progressing quickly are quite low.

“We need to develop debating in English and attend more global events,” Aitkuzhina and Kabdualiyeva said. “Our community also needs government support for such things as debates, to have the practical application of the knowledge we acquire during debates. Debating in the world’s top universities makes up the core of student extracurricular activities, while in Astana it is a rather unusual kind of hobby. Not all universities are capable of sending their students to overseas tournaments, and even if there are people who are competitive enough, money is a powerful hindrance. This problem is difficult to solve, but it would be immensely helpful if debaters could receive governmental and/or nongovernmental support,” they said.