A Touching Documentary on Children Who Defeated Cancer Filmed in Almaty

ASTANA – A film created with the assistance of the Amila public fund, which assists cancer patients, has been produced within the framework of a project for the psychosocial rehabilitation of cancer patients in Kazakhstan. 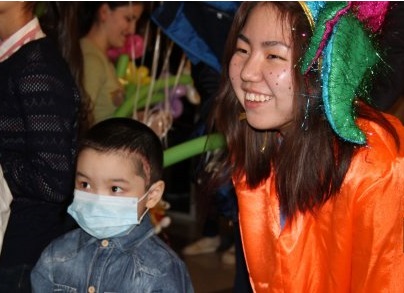 The film, “I’ll water you, my flower,” is sad but at times funny. It is the story of a girl and a boy whose parents once found out that their children have cancer and did not give up.

“My daughter told me not to cry,” says the mother of the heroine of the film interviewed by informburo.kz. “She told me that if I cried, she would not let herself be treated! I got myself together and we won!”

“One day my child went to bed with hair but in the morning got up and the hair was left on the pillow. Nobody can be prepared for this. We lived through so much. Now it seems that none of what happened was with us,”says the mother of another boy, who defeated cancer.

Children say that they had difficulty in school and in the playground because as people learned they have cancer, they started to stay away despite the fact that it is well-known cancer is not contagious.

“We have worked closely with research institutes. This is where the heroes were found. Ilmira Khussainova helped a lot. We filmed everywhere, talked a lot. Actually, there were supposed to be three characters in the film, but a young man died. But not from cancer as one might think. Accidents also happen,” said the film’s Director Ruben Ghazaryan. 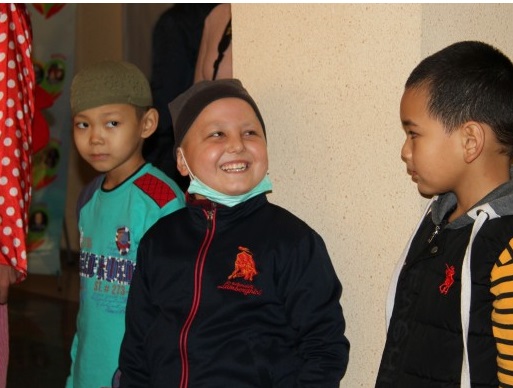 “There are over 200 different forms of cancer that can begin anywhere. Even an experienced paediatrician is quite challenged to detect cancer in children. This is why parents need to be very careful,” say experts.

In Kazakhstan, every year more than 400 children are diagnosed with cancer.