Kazakhstan’s First McDonald’s to Open in 2016

By Georg R. Vassilenko in Business on 20 February 2016

ASTANA – For quite a long time it was uncertain if McDonald’s would appear in Kazakhstan. After many years of debate, two McDonald’s fast-food restaurants will now finally open in Astana, the capital’s Department of Architecture and Urban Planning announced. 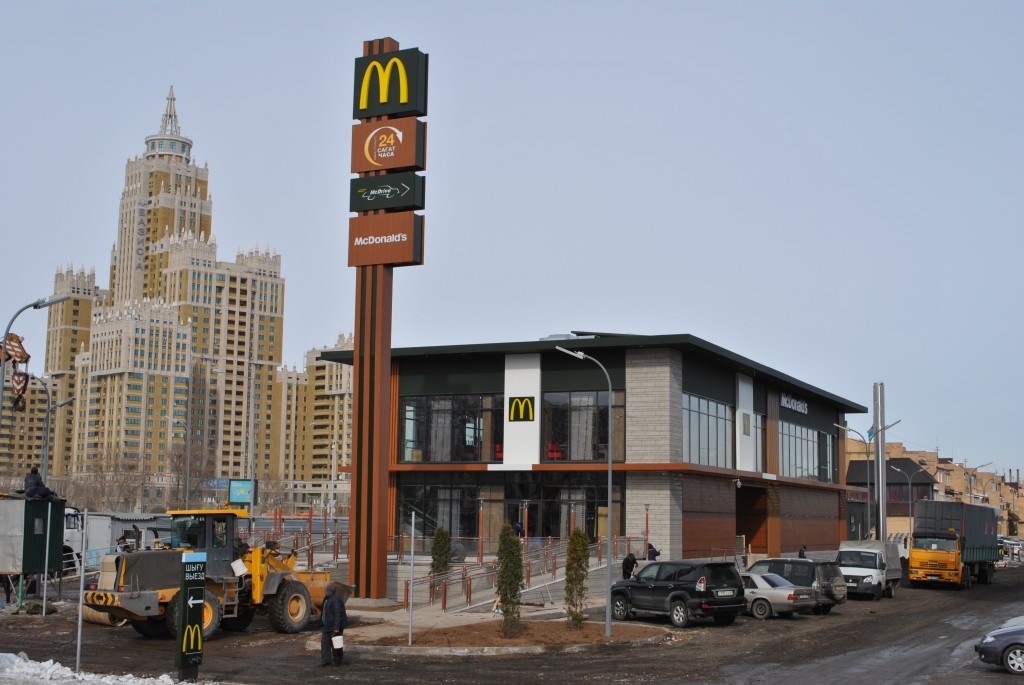 McDonald’s fast-food restaurants are one of the world’s largest networks. Restaurants will open both on the right and left banks of the capital Tengrinews.kz reported.

The official opening of McDonald’s in Kazakhstan became known in November 2014. The capital’s akimat (city administration) gave permission to Food Solutions KZ LLP (McDonald’s Kazakhstan) to build the restaurants at the following addresses: 26 Kabanbai Batyr Avenue and 49 Bogenbai Batyr Avenue. In addition, one fast-food restaurant will be built in Almaty on the premises of the former Alatau Cinema.

“McDonald’s is developing its business as a good neighbour, so preservation of the architectural ensemble of the city is of great importance for us. The Alatau Cinema building has not been working for many years, but we certainly understand that it is an iconic place for the residents. Therefore, in the construction of the restaurant and landscaping of the adjacent territory, we will make every effort to ensure that the McDonald’s in the centre of Almaty becomes an integral part of the urban landscape and a genuine point of attraction, a favourite recreation spot for the locals,” said Alex Filippenko, General Director of Food Solutions KZ LLP.

The opening dates for McDonald’s in Kazakhstan are still not confirmed but they will open in the first half of 2016. It was reported that Kairat Boranbayev, a prominent businessman, bought the franchise.

The Department of Architecture and Urban Planning of Astana provided sketches of the capital’s new McDonald’s.

McDonald’s is one of the world’s leading brands in the catering field. Numbering more than 35,000 enterprises worldwide, it serves about 70 million people in more than 100 countries every day. As noted by the company, more than 80 percent of the world’s McDonald’s are owned by the franchisees.