By Zhanna Shayakhmetova in Business on 20 February 2016 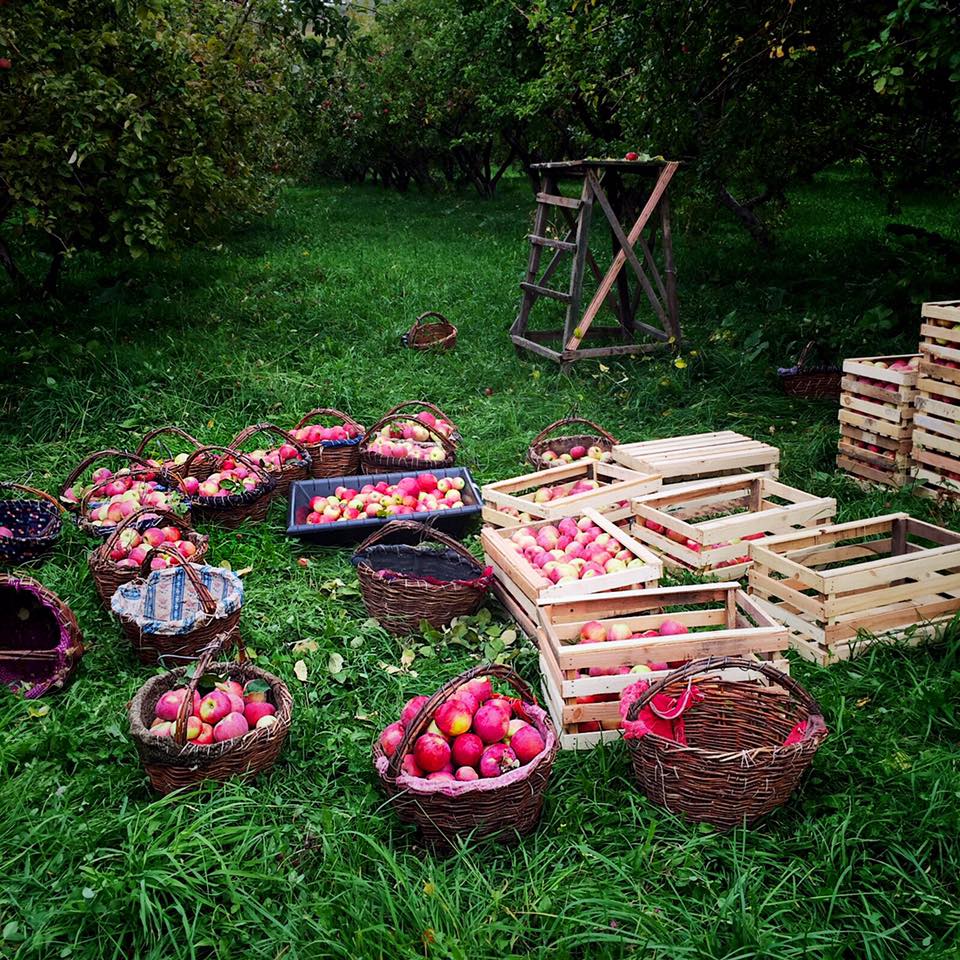 The young businessmen launched an apple orchard with little knowledge but great enthusiasm and have since gained international attention for their work. Andrey Kim, an acquiring manager, and Timur Takabayev, an information systems architect, both earned business degrees in London before turning to farming. The two unlikely agriculturalists spoke with The Astana Times about their decision to become apple farmers and how they are using social media to promote their organic farm.

The Almaty-born project developers set out to start an agriculture business without chemicals and genetically modified organisms. They’re currently combining their business careers with their love of gardening, and have set up an orchard in the Trans-Ili Alatau foothills. For them, the project is social rather than commercial. They say their apple project shows that two people full of pure enthusiasm but lacking gardening knowledge can still succeed, and point to their results: around 300 trees have been restored within a year. 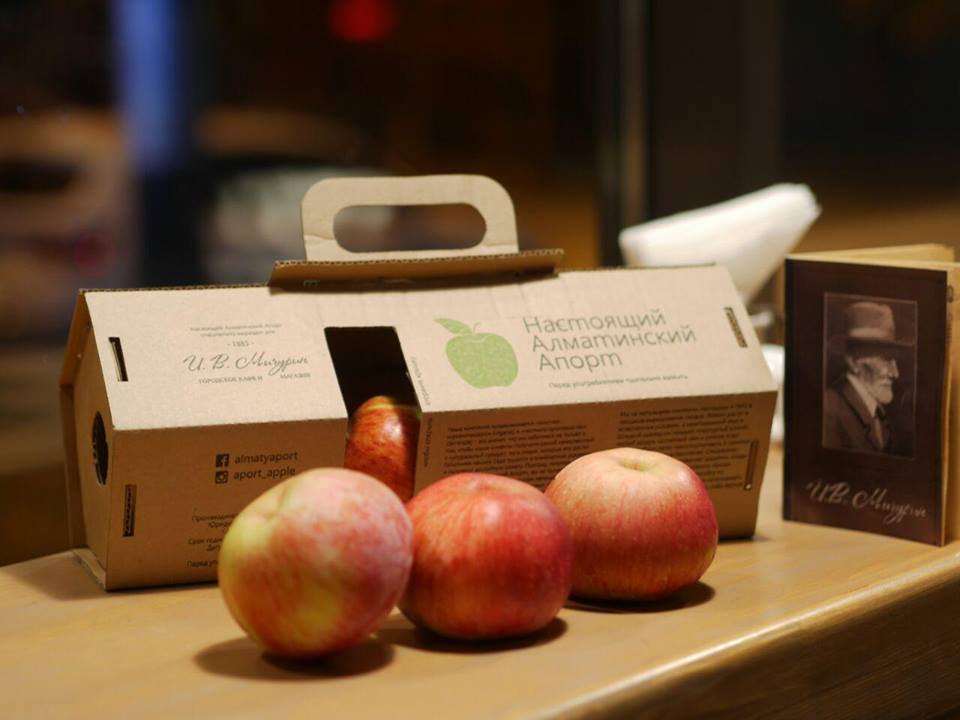 “Gardening is very fundamental to humanity; thus, all we had to do was to remember our biology classes from high school. However, we obviously faced some obstacles we couldn’t overcome – then, we had to hire professional gardeners,” the pair said. “But most of our knowledge comes from the Internet. Even though it is a rare and special kind of apple, it is still an apple. First, we planned to plant new trees, but after studying further, we realised that the first harvest comes only 10 years after planting, which is not reasonable for an investment in a social project. So we bought some land with abandoned trees on it. The trees were in a very weak condition. We had to work hard for a year and still have to do more work to restore the rest of the trees, but most of the work is already finished.”

They are able to combine their passion with their careers by working seasonally, Kim and Takabayev explained.

“Gardening is a seasonal activity, where the peak time comes in mid-September. The harvest needs to be collected within two weeks. Therefore, we both take vacations from our full-time jobs for this period. However, during the off season, we work in our garden on weekends and public holidays. And there is not much work to do in the garden in winter. Of course, it is hard to have two jobs at the same time, but we are truly passionate about farming,” they said. 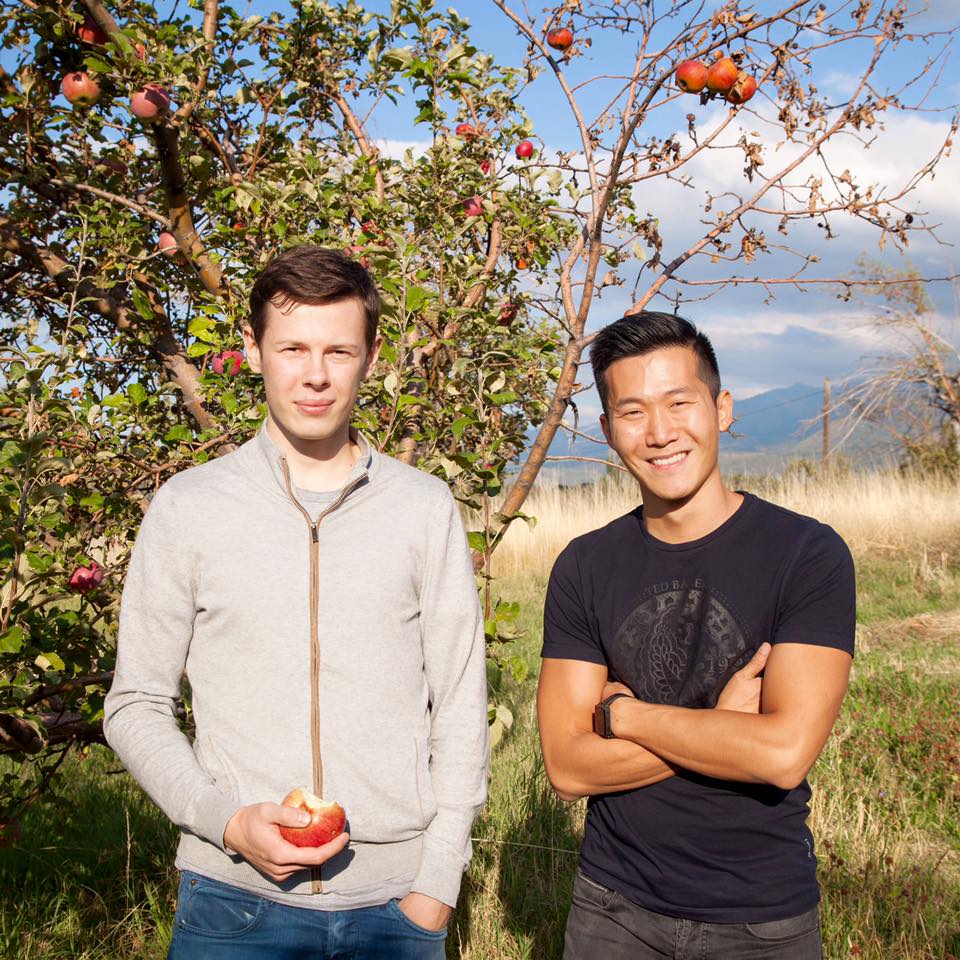 According to Kim and Takabayev, the Aport apple project is their attempt to contribute to the country’s development by revitalising the famous apples. The species is much closer to extinction than people realise.

The farmers were pleased with their harvest last season, and their produce was delivered to Almaty and Astana supermarkets.

Kim and Takabayev participated in the Slow Food Asia Pacific Festival 2015, held in Seoul Nov. 18–22. Their organic products from Kazakhstan caught the attention of visitors, including Korean businessmen, who made a proposal to invest in an Aport apple garden and support expanding the project.

The managers were invited to participate in the festival by representatives of this organisation in Kazakhstan, who noticed their support of the slow food philosophy.

“We knew the main idea of the festival is similar to what we have been doing. … We do share the values of slow food and lifestyle. In addition, it was really useful to meet people from different gardening industries. We gained some additional practice and will try to implement some marketing techniques in order to become even more efficient in the local market,” they said.

The scale of the event also helped the budding farmers. Five hundred exhibitors from 44 countries took part in the event, Kim and Takabayev explained. “Even though our Aport apple is nearly extinct, much of the audience already knew about it and we only had to share our experience, rather than explain why it is different from other species,” they said.

Social networking is a big part of their marketing campaign and the project has been receiving a lot of attention on social media. The Aport apples Facebook page gained 3,000 users nearly overnight, and people have been offering to help with harvesting and transportation.

“Nowadays, we can spread the word to people without making them leave their homes or offices. Even office workers have a few spare minutes to visit Facebook or Instagram. We decided to create an account to inform local people about our startup project and to show how devoted we are,” they said.

“We did not know then how much, if any, harvest we would have that year, but we wanted to show people that we are real, that we are doing what we advertise,” they noted.

“Transparency in business is what we advocate. Some people asked if the apples that we sell are real Aport, the same apples they tasted a few decades ago, as they could not believe what they saw at first. But then we told them to follow our social media pages and they have become fans of what we do and started to endorse our principles, the farmers said.

Being eco-friendly and using sustainable packaging is also one of the essential principles of the project.

“Unfortunately, we cannot label each apple with our logos for promotion purposes, as this doesn’t fit in with our eco-friendly concept. However, we have made a compromise that no one has come up with before. We developed a special packaging in the shape of pentagon from the side with a handle on top, which holds three or four of our apples. The packaging itself is made of recycled cardboard, which matches our concept. This way we can write our branding, vision and concept on our packaging for those who are unfamiliar with our products,” they said.

The young businessmen consider themselves part of the next generation of Kazakhs, who are eager to motivate people and prove that everyone has the potential to be useful and help create a better world.

In the nearest future, they would like to grow their garden. They have apple species other than Aport, but not enough to supply a supermarket.

“We have enough space in our garden to plant more Aport trees and we are planning to do this in the next few years,” Kim and Takabayev said. “We would like to expand our total harvest but, of course, there is a natural limit to our garden. We will have to buy more land at some point. The main restriction for us is that Aport apples require high altitudes, [and high-altitude land] is expensive in Almaty. That is why we are currently looking for investors.”

“Our ultimate goal is to export Aport apples to other countries and restore the famous Aport brand name to the world market and make it competitive among species brought from China and Eastern Europe,” they said.