Mysteries of One of Capital’s Creepiest Escape Rooms

ASTANA – They say only great despair may bring light to treasures of the human intellect, but what if aside from despair alone, you’re being chased by the serial killer Ghostface and only have 60 minutes to get away? 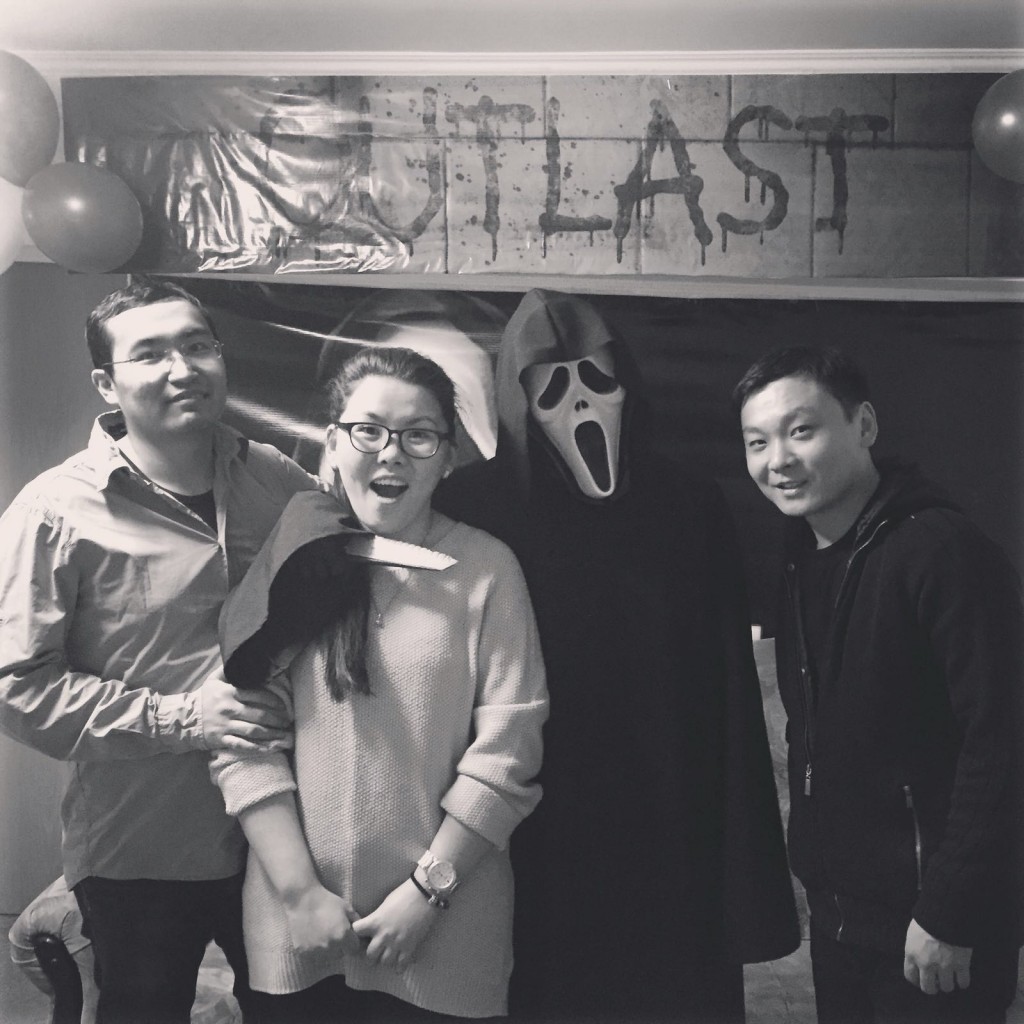 The popularity of the city’s real-time escape rooms is undoubtedly on the rise. Residents currently have a wide choice of scenarios for their pastime, such as Annabelle’s Secret, Saw and Bank Robbery. The feeling that “everyone chooses to be driven by fear” was expressed to The Astana Times by Alexey Soldatenko, owner of the horror escape room Scream.

“On my birthday last December, [my friends and I] didn’t know what to do and went to try a real-time escape room, or as they call them here, ‘quest.’ We loved and then tried another one and another and then we decided to open our own horror adventure,” he said.

Soldatenko, 19, and his three friends began their quest Feb. 1 and have been promoting their creation.

“There were four of us since the beginning that launched this project. At first, we spent a couple of weeks thinking about all the details and puzzles that our visitors would go through to get out, the vibe and the environment. And then we started looking for the facility and in 10 days we built the room with puzzles,” he said.

Soldatenko admitted the room has really nothing to do with the actual movie’s setting.

“We chose Ghostface from the feature ‘Scream’ because we understood that people prefer to oppose a killer with an axe or a chain instead of ghosts. But unfortunately, all such serial killers are being used by others. Perhaps not every person has seen the film, but everyone knows this character. Besides, our puzzles don’t actually follow the film’s scenario,” he said.

Fear is a phenomenal feeling. People want to avoid it at all costs, yet desperately crave it. When it seemed no horror film could still scare, people found another way of getting the feeling of fear.

“Although I knew everything was fake and it was just a game, I was still so scared,” said Zhazira Dyussembekova, The Astana Times reporter, who took up the challenge along with the editorial team. “It was dark and I kept holding my co-workers’ hands when I was scared and at times when the lights went off I screamed for real.”

What made Dyussembekova scream for real? The quest room is filled with dozens of well-thought-out puzzles and teams up to five people must solve them to get out in 60 minutes. Unforeseen circumstances, the eerie environment and trembling heart, however, somehow sidetrack players. In addition, Ghostface always watches his trapped victims.

Almaz Kartoyev, 17, a third-year university student, plays Ghostface because he likes to joke and scare others. He has seen many people’s reactions, but a few stand out in his memory.

“We had a group with one lock-opener, a policeman and two girls. They didn’t solve our puzzles but picked all the locks and the policeman was not affected by a sense of fear. Once there were people who cried and we had to let them out. Sometimes even children want to play. In that case, we don’t scare them and just let them play and solve puzzles,” he said.

Real passion and dedication are the main drives for the project, said Soldatenko.

“Some of us are in it for the money, some are in it for fun. When we were thinking about this in the beginning, though, we thought about having fun first of all,” he said.

The creative team is currently working on opening a new room. While they preferred not to spoil the concept by revealing it to The Astana Times, they mentioned “it would be another horror room with werewolves.”

“A simple, logical, get-out-of-the-room concept is not in high demand and we want to stay in the horror-type of quests,” added Soldatenko.

The popularity of quest rooms in Moscow saw highs and lows in the past few years. As a result, the niche is presently overwhelmed.

The Kazakh capital has about 25 quest rooms in addition to Scream, said Soldatenko, who is not afraid of the ever-growing competition.

“People want to play but are apprehensive to build their own rooms, so I don’t think that in Kazakhstan quests will be as big in popularity as in Moscow, for instance. People will not grow tired of them. We have a lot of youth; they crave something new, interesting and unusual,” he added.

Among the visitors are children from age 10, adults and elders up to 60 years old and the quest is looking forward to foreign guests.

“We can arrange games in English, as we have an English-speaking staff,” said Soldatenko.

The city is just stepping into the big quest scene, while Almaty has been through the challenges for a few years and has advanced several levels.

“Almaty has more quests. For instance, there is one where people are put in coffins. They’re handed flashlights and walkie-talkies and have to work together to get out. There is a quest in Moscow about a maniac-collector; its territory is about 200-something square metres and they spend tonnes of cash just on puzzles,” said Soldatenko, adding the team is planning to travel to Moscow to experience various scenarios themselves.