By Kamila Zhumabayeva in Sports on 19 January 2016

ASTANA – Football is an integral part of modern life for most young Kazakh fans and supporters. The local football fan culture is not as consuming as in the UK, yet some Kazakh fans even talk on behalf of their favourite club as part of their loyalty and demonstrate sophisticated knowledge about the industry where foreign clubs dominate their choices. 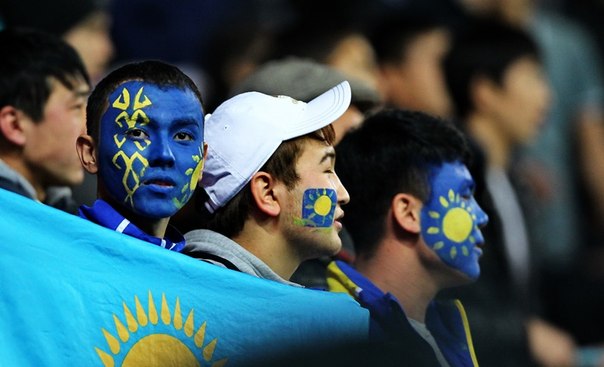 Abai Kurmanaliev is a big fan of Arsenal football club. He first learnt about the team was when he was 12 years old.

“Together with my mother, we went to pick a football uniform for me. A lot of t-shirts with logos of football clubs were there. The first thing that struck me was the dazzling red colour and emblem of the club. I almost instantly fell in love with this uniform and did not even bother to look at others,” Kurmanaliev told The Astana Times.

“At the time, I knew little about football and was playing it outdoors more than I was watching it… But then I began to wonder what this club was all about,” he added.

At first, Kurmanaliev viewed videos about Arsenal and read about the team on the Internet. He then started watching matches and that was when it struck him.

“The glory I saw could not be expressed in words. Arsenal’s rapid attacks were infatuating in a literal sense and forcing opponents to stumble. The art of handling the ball, the way they do it, is a stroke of a genius,” he said.

“Arsène Wenger, the head coach of Arsenal since 1996, is the single person behind it all. He is the man who built the team and introduced his philosophy into its roots,” Kurmanaliev added.

A native of France, Wenger had earlier experience in his home country and Japan and knows five languages, English, German, Italian, Japanese and Spanish.

“He is unreservedly the most successful coach in the entire history of the Arsenal club,” said Kurmanaliev.

“It was enough to score one goal and change strategy to defence. Even though it brought many victories and trophies to the team, their game catastrophically lacked entertainment,” the supporter claimed.

Wenger joined the club after the scandalous resignation of its previous manager, said the interviewee. He initiated building a new stadium to replace Highbury Stadium, Arsenal’s home field which no longer met the requirements of the top club. The coach also trained players such as Dennis Bergkamp, Thierry Henry, Robert Pires and Patrick Vieira.

“I fully support Wenger’s gaming philosophy, therefore I would be pleased to become the next head coach of Arsenal,” said Kurmanaliev. “Football is certainly an integral part of my life. Those who don’t watch football unknowingly lose much. First and foremost football is emotions, their intensity and support of your favourite team.” 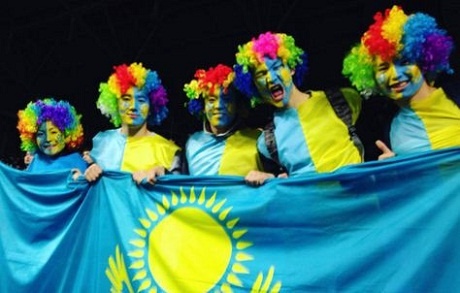 He noted it is difficult to express emotions with words while watching football.

“When you support a team for a long time, you know that winning is not the main point, but  feeling the pride for the team even when it loses,” he said. “In recent years, a lot of money was invested in Kazakhstan’s football and now it is bearing fruit.”

Speaking of the current football phenomenon in Kazakhstan, Kurmanaliev noted the grand performance of FC Astana.

“A club from Kazakhstan coming out to the international arena for the first time cannot go unnoticed. The Champions League is the most important club tournament in the world of football. It will positively affect the financial position of the team, which is certainly an advantage for Kazakhstan’s football,” he explained. “It is also worth noting the fans who showed incredible support for our players all along the way. I hope we will continue to make progress in this direction and football in Kazakhstan reaches a new level for itself.”

Although Kurmanaliev rarely manages to play football these days, he enjoys both playing and viewing matches.

“Watching a match helps you out to play football better, because you can see a game from the side and observe how certain players act, so that while playing you can make the best decisions proceeding from a situation, such as to give a through pass, break through on goal or dribble,” he added.

Madrid Real is a favourite football club for another Kazakh fan, Bauyrzhan Maht, who has been supporting the club since 2004. A brilliant performance at the time by Brazilian player Ronaldo was the reason for his choice.

“Despite Ronaldo’s leaving, his interest in the team was not gone. I joined the army of fans of the Royal Club from that moment and forever. I think the phrase of a well-known player that says ‘You can change your religion, car, wife and all the rest, but not your favourite football club’ is pertinent here,” said Maht.

“It will sound paradoxical, but my favourite player is Lionel Messi. This player attracted me by extraordinariness and not an ordinary game,” he added.

Adidas has been the team’s main uniform sponsor and designer since 1998. Madrid’s basic uniform is a white or cream color which gives it certain aesthetics, he added. Therefore, the team is often called ‘creamy’ when wearing their guest uniforms, while their reserve uniforms frequently change in colour.

“Football is beyond doubt an essential part of my life. After all, nothing can cause such a raging torrent of emotions like football,” said Maht.

For many years, football has been the main priority in his life and despite the different alignment of events, he still manages to devote an adequate amount of time reading daily news about the sport, discussing it and watching matches each day with friends.

“It is a pure pleasure. Morning begins not with coffee, but with football news,” he said.

Maht thinks the football culture in Kazakhstan is quite active among the masses. The system of football itself is not developed, however, which affects many people who are interested in the sport but are prone to observe and support foreign rather than domestic teams.

“Nevertheless, football is gradually growing. The success of the Astana team last year was an unprecedented case and should be noted,” he said. “At the moment, football is more a passive activity for me than it used to be before, because I manage to play it very rarely now, but nonetheless it always remains a passion and it is permanent.”