By Kamila Zhumabayeva in Business on 22 January 2016

ASTANA – The capitalisation of the VTB Bank (Kazakhstan) has been completed, Kazakhstanskaya Pravda newspaper reported Jan. 12 with reference to the bank’s press service. 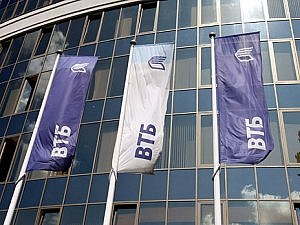 “We have completed the capitalisation process of VTB Bank (Kazakhstan). The bank’s total capital was increased by $40 million due to infusions by a parent company. These actions are determined by the support programme of a subsidiary by the VTB Bank and by expanding interest of presence on the Kazakhstan market. Funds received as part of a subordinated loan will be aimed at increasing our own regulatory capital and development of business,” said Chairman of the Board of the VTB Bank in Kazakhstan Dmitry Zabello.

The only shareholder of VTB Bank (Kazakhstan), VTB Bank public company, granted a subordinated loan amounting to nearly $18 million to a subsidiary organisation Dec. 3. That equalled 26.42 percent of society’s own capital.

Thus, the process of capitalisation the VTB subsidiary in Kazakhstan was completed. The bank’s own regulatory capital amounts to more than 30 billion tenge (US$80 million) at present.

VTB Bank (Kazakhstan) is a part of VTB international financial group out of Russia. The bank has been working in the financial market of Kazakhstan for more than six years and ranks 20th in assets volume among second-tier banks of Kazakhstan.

According to the Oreanda Novosti information agency, VTB Bank (Kazakhstan) has a branch network consisting of 44 structural divisions, of which 17 are branches. The bank’s central office is located in Almaty.