By Zhanna Shayakhmetova in Culture on 22 January 2016

Well-known Kazakh musicians Ordabek and Dina Duissen have announced plans to present a concert as the Duissen Duo during the 2016-2017 season in London. 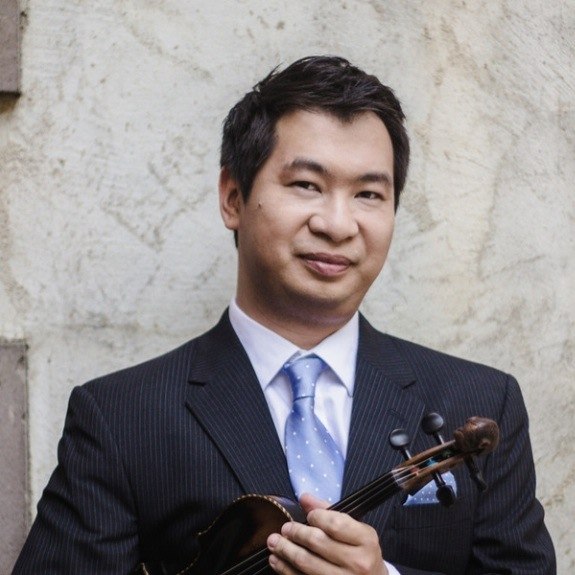 An honoured worker of Kazakhstan and laureate of the State Youth Award Daryn,  Duissen and his sister, a pianist and laureate of international competitions, have found success on the country’s and world’s largest stages, such as Lincoln Center, the Vienna Conservatory and Mozarteum in Salzburg, performing a varied repertoire of Kazakh folk melodies and classical and contemporary music.

The Astana Times interviewed the violinist, who performs with the Fort Worth Symphony Orchestra and is a guest concertmaster with the Graz Opera Festival, about his decision to go into music and daily inspiration.

Born in Almaty in 1981 to the family of Orynbai Duissen, a gifted dombra player, kuishi (performer of kuis, traditional Kazakh compositions) and honored art worker of Kazakhstan, and Saule Sagimbayeva, a pianist, Duissen went to Kulyash Baisseitova Music School at seven.

“When your parents are accomplished performers, you are surrounded by music from your very first breath. Music still reigns in our house as my brother Ilyas, a prizewinner of international contests, performs in the first violin section at Astana Opera House Symphony Orchestra. Last year, my sister Dina released a solo album that has already received positive reviews,” he said.

Duissen debuted with the orchestra when he was 10. The same year, he won first prize in an international contest among Central Asia and Commonwealth of Independent States (CIS) countries in Almaty.

“I saw a concert of the Moscow Virtuosi Chamber Orchestra with its maestro Vladimir Spivakov on TV when I was six. It incredibly impressed me. I remember how I was fascinated by a white shirt, a bow tie and Vladimir Spivakov performing with a violin. Since then, I remember that I wanted to play the violin. I was drawn to the sound of this instrument. Lately, I was fortunate to meet with the Moscow Virtuosi soloists when they toured the U.S. It was absolutely exciting to talk to them. I said that their excellent performance filled me with a great desire to play. The next decisive moment happened when I studied at school and attended a concert of the Otyrar Sazy Orchestra with their legendary conductor Nurgisa Tlendiyev. His dedication to work and genuine talent were spectacular for a little boy like me,” he said.

The violinist has both a classical music education and academic degree. After graduating from Kazakh National Academy in 2001, Duissen received a full scholarship to study at Southern Methodist University’s Meadows Art School in Dallas.

“My first teachers were Professor Svetlana Abdusadykova and Aiman and Raissa Musakhodzhayevs. I am honoured and blessed to know such highly-regarded pedagogues. I am also very thankful to Professor Eduard Schmieder for the knowledge and advice he gave to me. He is one of the outstanding educators of his generation. I studied hard at art school as our educational systems and approaches differ, but persistence and love for music overcame any difficulties. It is noteworthy to say that music has a beneficial effect on the overall development of the person. Even if a child does not become a professional musician, a child can get some skills and understanding of classical music,” he said.

Duissen was the first Kazakh violinist to perform Niccolo Paganini’s 24 Caprices for Violin Solo in the course of one concert and toured the country with the programme. In 2011, he participated in the Pacific Music Festival as a concertmaster and soloist in Japan. He collaborated with the musicians of the Vienna Philharmonic Orchestra, Chicago Orchestra and Metropolitan Opera and has also toured in Austria, France, Great Britain, Italy, Russia, South Korea, Ukraine and the United States.

“To me, becoming a concertmaster of the Dallas Opera was an important personal achievement. Only five among 30 candidates got into the final and I was fortunate enough to sign a contract. It has been a great privilege to become a part of this ensemble,” he added.

“I am constantly striving to learn something new. I notice the beauty and inspiration in daily sunsets or stunning landscapes. It affects my feelings and views. I can stare for ages at the pictures of prominent artists of the 17th and 18th centuries like Raphael and Michelangelo. Art and literature influence me greatly,” he said.

Duissen plays a Tyrolean violin presumably made in Salzburg. A violin master once said it is similar to the 19th century Viennese instrument.

“What strikes me the most is that the audience at home or in other countries shares and feels the melodies you play the same way. No matter what language we speak, music brings people together. The language of music is universal. As Ludwig van Beethoven once stated that music should strike fire from the heart of a man and bring tears from the eyes of woman, I think the artists are blessed to have such moments,” he said.

“Usually my concert schedule is planned for a year. For example, our orchestra is going on tour Spain in May along with the concert season. In summer, I plan to play with friends in Europe and participate in the Viennese festival. And if I am invited to perform in my native land I will be pleased to meet my devotees there, too. Concerts at home are special for me,” he said.