By Aiman Turebekova in International on 15 January 2016

ASTANA – Afghanistan has long suffered from chronic instability and conflict during its modern history, depriving its economy and infrastructure of opportunities to grow and causing many of its people to become refugees. 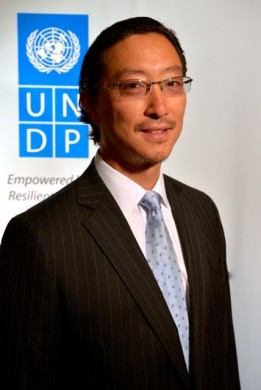 The country copes with a low growth of food production and employment, fails in attracting new investments and suffers from a drop in construction. The crime level is high and money is leaving due to capital flight. Economic growth is not based on a market economy and investments, but on donors and International Security Assistance Force (ISAF) spending.

The international donor community has established a series of institutional mechanisms for developing and coordinating reconstruction for countries emerging from conflict. The network, organised by the United Nations Development Programme, links and coordinates global and national efforts in Afghanistan to build and share solutions to the challenges of democratic governance, poverty reduction, crisis prevention and recovery, energy and environment and women’s empowerment.

With its economic development and growing international profile, Kazakhstan’s responsibility for ensuring international and regional security and stability is increasing. The country is capable of providing consistent assistance to other nations, thus strengthening its position as a strategically-important country in Central Asia.

Kazakhstan has been a significant donor, especially in the past six-eight years, with much of the assistance earmarked for Afghanistan, including the education of more than 1,000 Afghan students in Kazakhstan. The country is also preparing to launch KazAID, a national official development assistance (ODA) operator which will work in close cooperation with UNDP.

“The Astana Times” had the opportunity to interview UNDP Afghanistan Country Director Douglas Keh, who was invited to Astana under the joint training programme of the UNDP in Kazakhstan and Kazakhstan’s Foreign Ministry.

How many years has UNDP operated in Afghanistan? What is your mission?

UNDP started its programme in Afghanistan back in 1966. In 1992, when the civil war erupted in Afghanistan followed by the Taliban regime, UNDP Afghanistan operated temporarily from Islamabad, Pakistan. In 2002, UNDP reopened its office in Kabul and embarked on ambitious projects like the Law and Order Trust Fund for Afghanistan (LOTFA) and Disarmament, Demobilisation and Reintegration (DDR) to respond to Afghanistan’s immediate needs.

UNDP supports the government in achieving a number of Afghanistan National Development Strategy (ANDS) benchmarks in the field of security and the rule of law, civil service reform, transparency and accountability, local governance, political processes (support for the elections commission and the newly-elected Parliament), civil society empowerment, youth, gender equality, human rights, environment and rural energy, the reintegration of former combatants into society and implementation of the national counter-narcotics strategy, as well as rural development and private sector development. In which particular field do you feel you have succeeded?

For the past 13 years, UNDP has provided the international community with a mechanism to support the national police of Afghanistan. The Law and Order Trust Fund for Afghanistan (LOTFA), a giant multi-donor fund, has supported the government in paying the salaries of more than 150,000 police personnel since 2002, channeling billions of dollars from donor governments and ensuring training for police personnel. LOTFA has also introduced reforms at the Ministry of Interior that ensured transparency in transferring salaries to individual police accounts.

UNDP has also supported the government in holding provincial council, parliamentary and presidential elections. We helped Afghanistan to conduct its first-ever presidential and provincial council elections in 2004. Since that time, we have been technically engaged with five more elections through which people chose their president and representatives for provincial councils and parliament. As the government capacity has grown, UNDP has handed over various responsibilities to the independent election commission. In fact, the independent election commission was in the lead in organising the 2014 presidential and provincial council elections. Thirdly, we’ve been able to support local economic development through the National Area-Based Development Programme (NABDP), which we have implemented together with the Afghan Ministry of Rural Rehabilitation and Development since 2003. The programme contributed to bolstering agricultural productivity and providing safe drinking water in rural Afghanistan. It also repaired over 2,000 kilometres of irrigation canals, restored nearly 10,000 hectares of farmland and provided drinking water to around 350,000 households throughout the country. Moreover, it installed nearly 200 micro-hydropower plants and solar panels lighting nearly 40,000 households in rural communities.

Lastly, we’ve worked closely with the government in heavily investing in climate change mitigation and biodiversity conservation, with a large portion of funding coming from the Global Environment Facility. The returns on that investment become more evident each year as the effects of climate change begin to intensify.

What prospects do you see for the KazAID programme?

Kazakhstan has been highly successful in improving the lives of its people, so the lessons it has learned and its experiences on this development pathway will be of great value to its neighbors as well as to other countries. In this light, I have no doubt that other countries will be interested in benefitting from KazAID’s programmes. It is also very encouraging that KazAID has worked so closely with UNDP Kazakhstan in developing its approach to becoming a net contributor to the development of other countries. Genuine interest from the developing world, as well as the technical insights provided by UNDP Kazakhstan, together form a powerful combination for transformative change.

Have you launched any joint projects yet with Kazakh ODA?

Not yet, but I understand that KazAID is planning to launch various programmes very soon and it is for this reason that I visited Astana in October to discuss potential cooperation between KazAID and Afghanistan. I believe that Kazakhstan’s experience in the extractive industries in particular may be of interest to Afghanistan, which is intent on developing its mining sector. Also, I understand there is considerable support in Afghanistan in developing its transportation hubs – railways, for example – that link up Central Asian countries into a regional economic network. There has also been some discussion in helping countries in the region learn from Kazakhstan’s experiences in empowering its women. With interest from Kazakhstan to help, and Afghanistan’s readiness to benefit from Kazakhstan’s experiences, the possibilities are unlimited.