By Malika Orazgaliyeva in Nation on 8 January 2016

ASTANA – Kazakhstan’s Plan of the Nation to create the pillars of a developed democratic and economically strong state came into effect Jan. 1. On Jan. 6, the Akorda presidential residence website published an article by President Nursultan Nazarbayev titled, “Plan of the Nation – The Path to the Kazakhstan Dream,” which provided details on the efforts to implement the Plan of Nation. 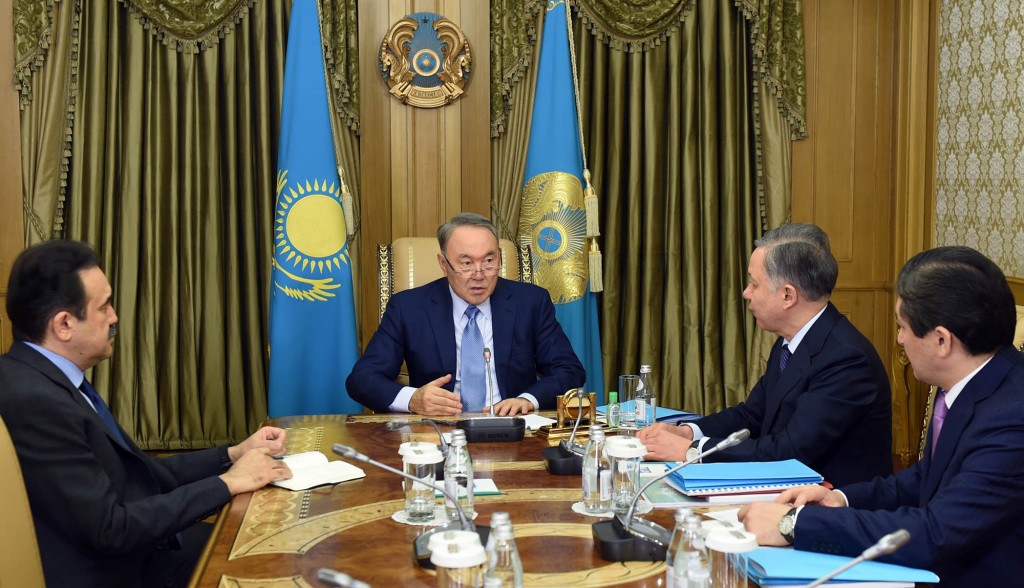 The Plan of the Nation, called “100 Concrete Steps on realisation of five institutional reforms,” basically came into full being on Jan. 1. That means that on Jan. 1, 2016 the majority of 59 laws adopted by, Parliament last year as part of the reform agenda will enter into force and create a new legal environment for the development of the state, economy and society. They are meant to lead the nation to becoming one of the top 30 most developed countries in the world, the President said in his opinion.

According to Nazarbayev’s article, the Plan of the Nation includes five institutional reforms that are anti-crisis measures in response to the global economic crisis. The five reforms include the formation of a professional state apparatus; the rule of law; industrialisation and economic growth; identity and unity, and the formation of accountable government. The 100 Concrete Steps are more detailed measures to implement those five reforms.

The second reform involves the transition from a five-level justice system (first, appeal, cassation, supervising and re-supervising) to a three-level (first, appeal and cassation) system. The aim is to strengthen foreign and domestic investors’ trust in Kazakhstan’s court system. The measures include toughening qualification criteria for the recruitment of judges by introducing a new requirement for a candidate to serve at least five years within the court system and a one-year trial period for newly appointed judges and improving the public image of police to increase the level of citizens’ trust and cut corruption. The reform seeks to ensure property rights by improving conditions for entrepreneurial activity and protecting contractual obligations.

The reform foresees stricter qualification requirements and candidate selection process for judicial posts as well as mandatory audio and video recording of all judicial processes and hearings.

The third reform involves measures to increase industrialisation and economic growth, such as attracting at least 10 transnational corporations into the processing sector of the Kazakh economy. This reform also strengthens investor protections, cuts red tape, supports entrepreneurship and makes taxes more transparent. Customs and planning regulations are also to be streamlined and the electricity industry and transport links modernised. The ultimate goal is to strengthen the country’s middle class as the backbone of economic and political development.

This will include the introduction on Jan. 1, 2017 of universal tax declarations of incomes and expenditures for civil servants, which will be expanded to all citizens by 2020.

Also in line with the third reform’s economic measures is an effort to reduce the shadow economy by allowing the return of property and money to legal circulation without fear of prosecution. This part of the reform began in 2014 and has now been extended to Dec. 31, 2016.

The main goal of the fourth reform is to further unite the nation by ensuring the middle class have access to and experience a genuine rule of law and modern and valid political, economic and civil institutions. The ideology of Mangilik El (The Eternal Nation) will serve as a system of common civic values.

All work on identity and unity will be built around the Assembly of the People of Kazakhstan (APK), in existence since 1995.

The fifth reform involves increasing the transparency and accountability of the state. It seeks to minimise government’s role while empowering citizens.

This reform will involve the transition of 4,500 government functions into a more competition-based model. A commission headed by the deputy prime minister and including parliament members, heads of central executive bodies, representatives of the National Chamber of Entrepreneurs Atameken and the Civil Alliance of Kazakhstan will oversee the transition and monitor the performance of the functions.

“Evolution and comprehensiveness are the main principles of the modernisation process, which is now driving our history of independence beyond its quarter-century anniversary. We must all remember that modernisation is successful only when the state is strong and the nation is united,” Nazarbayev said in the article.