By Kamila Zhumabayeva in Nation on 26 January 2016 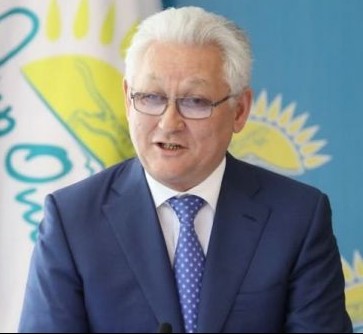 The North Kazakhstan region ranks first in the country on attracting investment, he claimed. More than 20 international delegations visited the region last year, according to Kursiv.kz.

“We ensured the growth of foreign investment to 60 percent and outlined a number of very important projects for their further increase,” said Sultanov.

He noted approximately 3.5 billion tenge (US$9.2 million) of the budget was allocated to complete construction of social housing facilities and the engineering and communication infrastructure, reported Kapital.kz.

In addition, Sultanov said the transport and logistics centre in Petropavlovsk and two large factories for processing grain and oilseeds are being built by private investment, Kursiv.kz reported. Creating 2,000 new jobs is the most anticipated and main result of realising those projects, according to the akim.

A separate plan for 2016–2020 is being realised in the region following President Nursultan Nazarbayev’s message on recessing the programme of agricultural processing, according to Kazpravda.kz.

“We outlined more than 60 projects worth 140 billion tenge (US$367 million) as part of its realisation. It is milk and meat processing and flour and pasta production for the most part,” said Sultanov.

The akim also mentioned the strategically important Biohim initiative. The manufacturing enterprise has not been functioning for several years and hundreds of people remain jobless as a result, reported Kazpravda.kz.

“The Samruk-Kazyna Sovereign Wealth Fund will take the enterprise to an investment committee for further decision… According to our estimates, the complex will be reestablished in October of the current year and people will be able to come back to their workplaces,” said Sultanov, reported Kazpravda.kz. “The complex itself is linked to our oil refineries. Therefore, we will be producing bioethanol for Pavlodar and subsequently for Shymkent oil refineries. Because today those factories will undergo modernisation, the Pavlodar oil refinery will upgrade to Euro 5 and Euro 6 petrol production in January–February of next year and our bioethanol will be used to full capacity. Biohim will become a highly-profitable enterprise of our country due to this.”

In summing up the results, the akim emphasised the region’s indicators were achieved largely due to government support, adding the region received 17.2 billion tenge (US$45.1 million) in 2015 in the form of government subsidies.