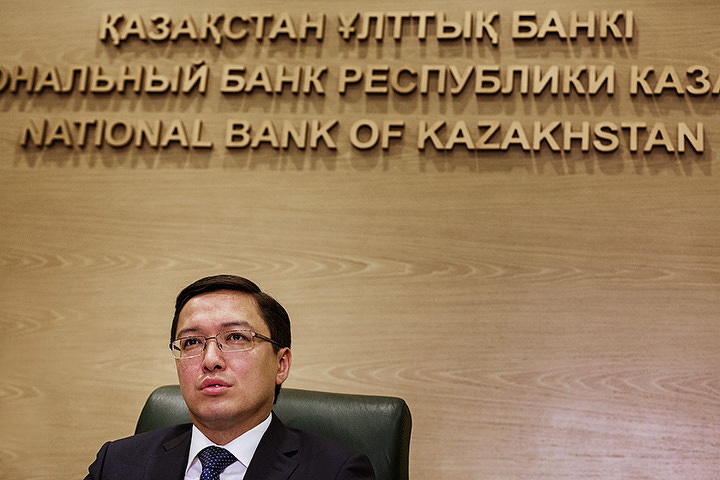 “This morning at today’s session of the Kazakhstan Stock Exchange, the rate was 383.23 tenge per dollar, with the trade volume of $58 million. Since the previous press conference those risks which we talked about became a reality:  the oil prices went below $30 per barrel (from the beginning of the year oil prices fell by 26 percent) and the weakening of the Russian ruble by more than 10 percent. At the present time, we are witnessing the formation of a course at a new level,” said Akishev.

He also talked about the reserves.

The chairman also addressed the balance of payments.

“Previously, we published preliminary figures for the first nine months of 2015. Now we have given information on the final assessment of the balance of payments for nine months. No significant differences between the preliminary assessment and final data were observed. The volume of bank lending to the economy increased over the year by 4.7 percent,” he said.

“During 2015 the volume of deposits in banks increased by 36.6 percent, mainly due to the re-evaluation of foreign currency deposits. As a result, the level of dollarisation of deposits has reached 69 percent, including accounts of individuals at 78.9 percent,” he said.

“The Kazakhstan Deposit Insurance Fund decided to establish the maximum amount of interest rates on deposits of individuals in national currency from 10 percent to 14 percent on deposits in foreign currency.The rate was reduced from 3 to 2 percent since Feb. 1,” he said.

Akishev concluded his comments with remarks about the money market.