ASTANA – Kazakhstan recently added another important celebration to its calendar. The Day of Gratitude will mark the unity of the people of different ethnic groups living in the nation and highlight their appreciation to the hospitable Kazakhs who sheltered millions of victims of Stalinist deportations in the USSR during the mid-20th century. 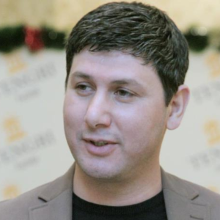 “I was really excited and happy to find out that Kazakhstan, finally, will have the Day of Gratitude – gratitude of [different] ethnic groups to the ethnic Kazakhs,” said Turkish Ethno-Cultural Association (Ahiska) Chairman Asker Piriyev in an exclusive interview with The Astana Times.

“Considering the global geopolitical situation and inter-ethnic racial problems in numerous countries, it is important to have [this holiday]. I am certain that thanks to this day, all ethnic groups in Kazakhstan will be even closer to one another and for us not to just be grateful, but also to live together and prosper together.”

November 1944 marked the ill-fated deportations of Turkish people to the territories of Kazakhstan from the current bordering territories of Georgia and Turkey, where they lived since the dissolution of the Ottoman Empire.

“Some call it destiny, some say it wasn’t a correct political measure at the time,” said Piriyev. “It is a well-known fact that millions of people of different ethnic backgrounds were deported to the [Central Asian] territories, not only Turks, starting from the 1930s,” he said.

The chairman recounted the appalling stories of history’s unfortunate events when tens of thousands of Azerbaijanis, for instance, were exiled to Siberia. None survived the tragic relocation. Such accounts of doom were shared by hundreds of thousands of Turks, as well as among millions of people of other ethnicities.

“The deportees were not aware of where they were headed then, no one told them anything. Considering it was the month of November – winter season, as one can imagine, was freezing. The cattle cars where people were transported were locked and were only opened on very special occasions to give some water, for instance. Turks ended up in the territories of Kyrgyzstan, Uzbekistan and Kazakhstan,” he said.

Piriyev highlighted the importance of matching religion for the Turks who were exiled.

“The religion and basic commonalities and of course hospitality were among the positive things for the Turks. Obviously there were also cultural differences, but despite all the differences Kazakhs accepted the repressed nations,” he said.

The Turks are mostly settled now in the Almaty, Zhambyl and South Kazakhstan regions and some in the Kyzylorda region.

Today, there are slightly more than 100,000 ethnic Turks still living in Kazakhstan in harmony with other 130-plus ethnic groups. Ahiska, established in 1991, plays a vital role in country’s society. The association includes crafts, language and dancing classes and stresses the importance of high-quality education.

“As a father, I can say that had I not been so certain about the stability of this country I wouldn’t have made such a large family. I am sure for their future, free education and stability, with its own traditions and respect,” he added.

The Turkish Ethno-Cultural Association in Kazakhstan, which has completed quite a few social projects, is one of the most pro-active and passionate groups. In addition to the annual Assembly of the People of Kazakhstan (APK) events, the organisation participates in helping the local community during natural disasters, such as last year’s spring floods in Karaganda.

The association has coordinated with local authorities and other organisations to provide volunteer assistance for thousands of victims by collecting first-aid and important items for Karaganda residents in the city and shipping them from the capital.

“We sent out whole trucks to Karaganda full of first-aid items, medicine, canned food, etc. Fifteen trucks eventually weren’t even loaded, as so many other truck drivers were offering to transport goods for free. Natige, the local dairy company that knows the region very well due to its line of work and daily deliveries, has contributed greatly, also by offering its storage facilities. But I would like to underline all this work that was done on our end from Astana would have been a waste of time if it didn’t really help people who were affected by the floods in Karaganda,” said Piriyev.

Among the prominent and well-recognised persons of the association he mentioned Ziyatdin Kassanov, president of the World Meskhetian Turks Union from Almaty, who was awarded the Order of Kurmet (Honour) by President Nursultan Nazarbayev. Kassanov is also known for his generous patronage and activities as part of the APK.