ASTANA – Kazakhstan’s Ministry of Foreign Affairs issued a statement on January 17, welcoming the EU and US announcements on lifting economic sanctions imposed on Tehran in 2005. 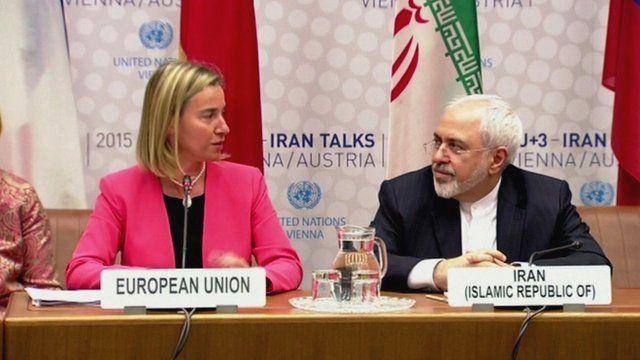 The decisions followed the confirmation by the world’s nuclear energy watchdog, the International Atomic Energy Agency (IAEA) that Iran has fulfilled its obligations under the Joint Comprehensive Plan of Action (JCPOA) agreed last July in Vienna, which are designed to dispel the international community’s earlier suspicions over the peaceful character of the Iranian nuclear programme.

Astana’s statement described the latest moves by the IAEA, the US, and the EU as “the start of a new era” for the world and the region.

“It is a critically important step in creating a safer world and a clear evidence of the fact that, with political will in place, intense negotiations and diplomatic consultations are the only right and efficient way of resolving even the most complicated global and regional problems,” the Kazakh Foreign Ministry said.

The statement reminded of the Central Asian nation’s practical input into the progress of almost-a-decade-long talks between the P5+1 international group of negotiators and Iran, as well as in the recent effort to remove low enriched uranium from Iran to be replaced by the natural uranium from Kazakhstan. As reported earlier, the country’s national atomic company Kazatomprom provided Iran with 60,000 kilogrammes of natural uranium in exchange for its shipping out of 300 kilogrammes of uranium enriched up to 20 percent. In this regard, the statement confirmed that “as before”, Astana “stands ready to contribute to strengthening the nuclear nonproliferation regime”.

The international media reported on Jan. 16 that sanctions on Iran were being lifted after the IAEA Director General Yukia Amano confirmed the body’s inspectors had verified that Iran had taken the required steps to implement all key provisions of the JPCOA, a deal designed to prevent it developing nuclear weapons. Tehran was obliged to cut drastically the number of centrifuges it uses in nuclear research programmes, as well as dismantle a heavy-water reactor in Arak, which could potentially help Iran to build a military nuclear device “within weeks”. The IAEA announced it has now enough access to the Iranian nuclear facilities to monitor all the previously suspicious activities.

The UN, the U.S. and the EU lifting of the sanctions will see unfreeze of Iranian assets worth billions of dollars and allow Tehran to return to the international oil market, the change many expect will move the price of petroleum further downward.