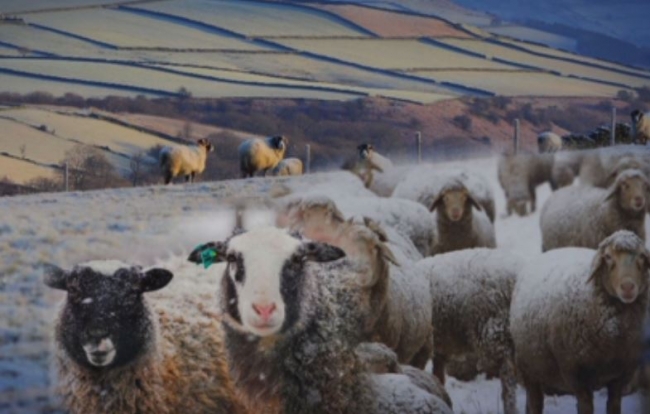 Each sheep can give up to three kilogramme of wool, the media reports. The Atyrau breeders managed to preserve the breed and are now targeting markets in neighbouring countries. These hefty, meaty animals are in demand in Russia.

“We have been breeding for many years,” stock-breeder Gainulla Adilov told the media. “The results can be seen today. For instance, the biggest livestock can be as heavy as 150 kilogrammes and average sheep weigh no less than 100 kilogrammes.”

Even in Soviet times, the best Yedilbayev sheep were from the western part of Kazakhstan. Thanks to the efforts of local breeders there are some 12,000 sheep being grown at the breeding plant Suyundyksky.

The weighing process involves three adult men, the breeders note; the sheep are resilient and have strong bone structure besides their impressive weight.

“I believe this breed survived thanks to its endurance,” Senior Shepherd Aslan Nazhimedenov said. “These sheep can manage to forage alone in the wilderness all year. They can equally tolerate extreme heat and 40-degree winters. These factors greatly facilitate their maintenance.”

The demand for sheep meat is constantly growing, according to Zhanbolat Nugmanov, director of the farm. “Since the Eurasian Economic Union opened its borders, we have multiplied the number of our customers, expanding the territory for our products. Customers from Russian neighbouring regions and the Caucasus come to us for the supply. This year we have already sold 4,000 sheep and 2,000 more are ready to be shipped,” Nugmanov said.

The demand keeps growing, according to the managers of the farm, who are planning to export some 60 tonnes of meat in the first quarter of this year.