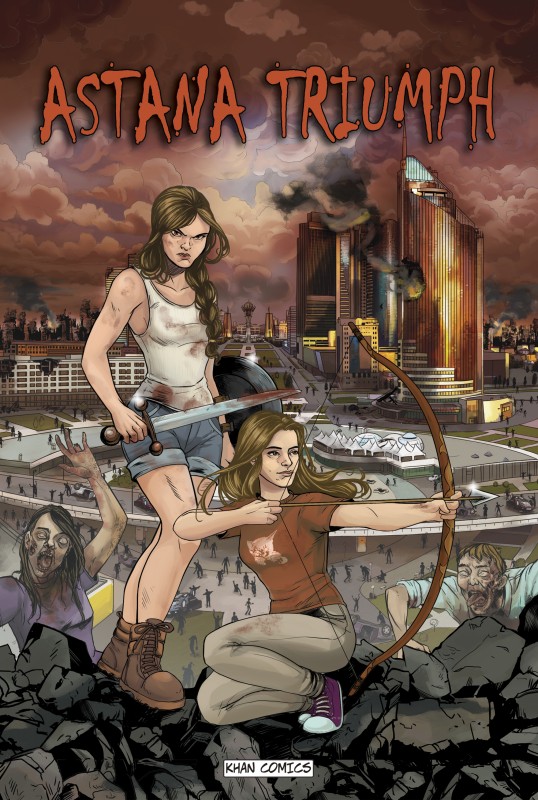 ASTANA – Astana Triumph, a comic book about the zombie apocalypse, is the newest creation of Orazkhan Zhakup. The Almaty resident is the co-founder and editor of Khan Comics, the nation’s first comics art studio.

Commissioned by an American whose daughters love the zombie theme, the book tells the story of two teenage sisters who went to summer camp near the capital. An explosion at a secret lab released an unknown virus which turned people into zombies and the girls must break through the crowd of monsters to reach the city and their parents.

Astana Triumph was made for a private collection and released in limited edition. Although it is not for sale, comics aficionados will soon be able to enjoy similar stories. Khan Comics plans to release the first part of Orda (Horde) for mass circulation this spring, according to Tengrinews.

The new series tells the story of a future post-nuclear war world, where technology has leaped forward but states have disappeared. Orda begins in Zhana Shymkent (New Shymkent) in the 2300s, while other storylines are based in the steppes, where people suffer from radiation and struggle for resources. The action occurs amid the creation of a new horde, the leader of which considers himself to be the reincarnation of Genghis Khan.

Comics can be considered a new wave in Kazakh culture compared to Japan, European countries or the United States. 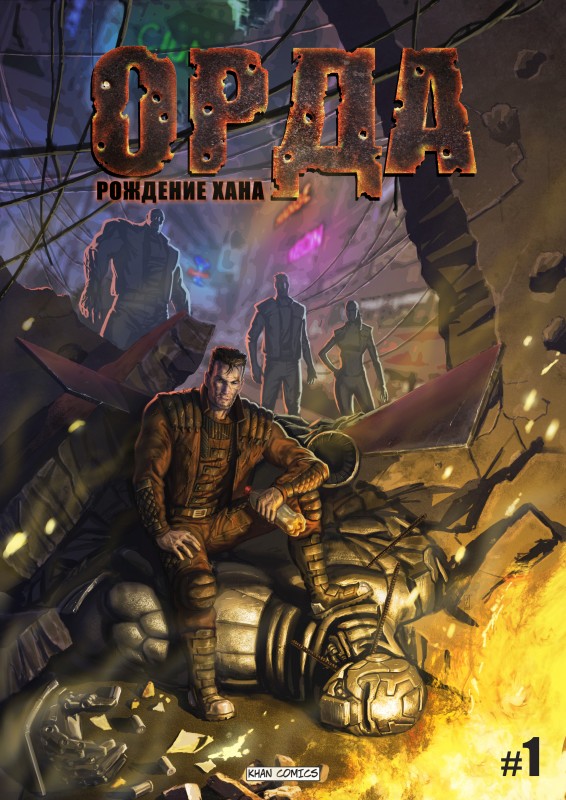 “Yes, now our people read comics. Mainly it is young people 14-25 years old. People’s attitudes are becoming normal when compared to the period 10 years ago. I think it’s mainly because of Hollywood; even people from the financial world see that you can earn well on comics,” said Zhakup in an interview with graphic-novels.ru

Comics lovers in Kazakhstan as well as Russia already know Khan Comics. Zhakup and his partner Adilya Smagulova, the studio’s art director, launched their project in 2010, according to idea-lab.kz. At the same time they organised the first comics exhibition, where young artists brought their work to show the audience in the hope of becoming part of Khan Comics. The first comic book compilation was released the following year, followed by several additional digests to build a recognisable name and find paths to Russian shops.

The studio works with different authors, mainly selling comics in Russia due to the small size of the Kazakh market. Khan Comics also completes private orders.

“Despite the fact that comics have been loved for a long time in the world, Kazakhstan is only now beginning to take an interest in this fascinating genre. Today, in the CIS (Commonwealth of Independent States) only a few publishers and art studios regularly publish comics of their own production. I am sure that due to the unique combination of heritage and modern feeding, they will certainly find their audience,” said Smagulova during the presentation of the Fairytales comics, according to Today.kz.