ASTANA – Healthcare and its performance on the proper level are one of the prerogatives of a developed state. In today’s world, facing crisis times, effectiveness of budgeting becomes one of the important measures of austerity. Healthcare is one of the biggest parts of a country’s budget, so it directly reflects on the whole system.

“Healthcare is the state activity to ensure citizens’ rights to life and health, which is regarded as one of the priorities in the political, economic and social life of the state and society. Economic issues in healthcare are extremely important at the moment. The cost of the health sector in Kazakhstan increased dramatically in 2004-2009. The increase was almost 400 percent comparing 131 billion tenge (US$381.5 million) in 2004 to 473 billion (US$1.38 billion) in 2009. Inpatient care as the most expensive in most countries amounted to more than 50 percent of the total budget in Kazakhstan,” said Kazakh Centre for Healthcare Standardisation Deputy Head Temirkhan Kulkhan in a recent interview with The Astana Times.

According to him, a significant part of the expenses of modern healthcare goes on more efficient, modern and expensive technology for the hospital sector. “However, such an infusion of investment in healthcare does not lead to the expected results. In addition, medical tourism in the search for the best diagnosis and treatment abroad becomes a more and more active process for our citizens every year. Projected health expenditures in Kazakhstan is characterised by steady growth, amounting to $6 billion in 2014 and followed by an expected 13.4 percent annual growth rate in the next four years to a level of $9.1 billion in 2017,” he added.

Kulkhan stressed that state activities in this regard, which are increasing the efficiency of budget expenditures and improving the budgetary planning to provide more outcomes, are of paramount national importance.

“That is why Kazakhstan introduced the new Budget Code in 2009, which is focused on performance-based budgeting, covering all stages of the budget process. It has become a timely step in the progressive economic transformations of the country,” he added.

According to him, taking into account the limited resources for healthcare, it is necessary to discuss alternatives for financing new and more expensive medical technologies. After all, even in those cases when medical technologies are cost effective, available resources can be distributed within equally or more profitable investments outside the health sector, such as the environment or education, with greater effect on the welfare of the population of Kazakhstan.

“Achieving the optimal balance between the price and quality of the results of innovation in the health system acquires special importance for the state, where you have to know that the nominal infusion of funds without the submission of the final results will not bring the desired health to the population,” he added.

In 2010, Kazakhstan introduced the Unified National Health System (UNHS) to ensure free choice of hospital and competition among health organisations. According to the reformers, it will serve as incentives to improve the quality of services and thus increase hospital income. 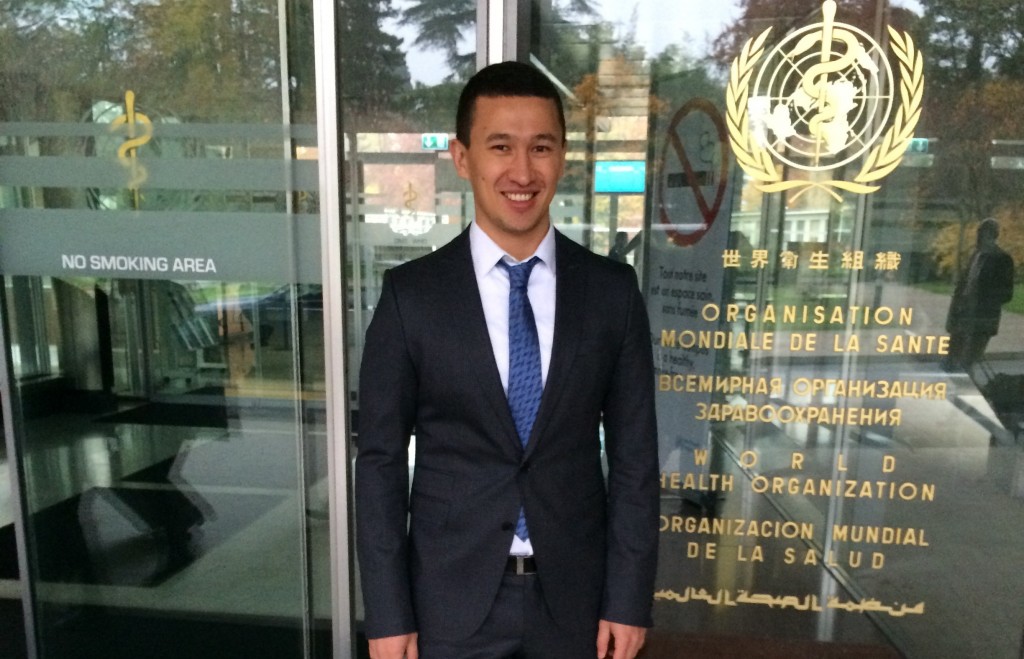 “Today, preparations for mandatory social health insurance are also underway, which is a mechanism of joint responsibility of the state, employers and citizens for individual and public health, involving the rejection of the ideology of dependency and the introduction of modern market mechanisms in healthcare,” said Kulkhan.

He also stressed that modern technologies provide tremendous opportunities for improvement and reorganisation of primary care based on new principles, based on knowledge and technology. “Internet, social networks, portable medical devices, smartphones and tablets, as well as medical applications greatly expand access to medical technologies not only for doctors, but also for consumers. All this greatly democratises healthcare, ensuring close interaction with consumers of medical care,” he said.

“It is important to carefully monitor the impact of such policy tools to keep track of the optimum financing of the industry without ignoring innovation. In addition, such measures must not run counter to other aspects of health policies and practices that divert a significant part of healthcare costs, including initiatives to support healthy aging and improve the coordination of care for chronic patients,” he concluded.

The National Centre of Healthcare Development’s centre for healthcare standardisation compares the technology costs, once implemented with the benefits to the welfare of the population. According to Kulkhan, it is much more efficient to carry out a comparative study as a starting point to better understand which technologies work best, which are the most cost-effective and under what circumstances. The study should also assess a wide range of potential benefits outside the clinical or therapeutic benefit, including monetary value, improvements to the quality of care, quality of life, increased healthcare efficiency and greater opportunities for labour activity after receiving medical care. If such studies show a positive effect on healthcare costs, they can be used to inform policymakers of the Kazakh Ministry of Health and Social Development, as well as research institutes and scientific centres.