By Zhanna Shayakhmetova in Culture on 25 January 2016

“Personage,” Almaty artist Darion Shabbash’s newest works, will be on display March 18-20 at the Art Who Art exhibition in Moscow. The plastic portrait series and antique figure paintings embody the author’s idea of the modern image of the person. 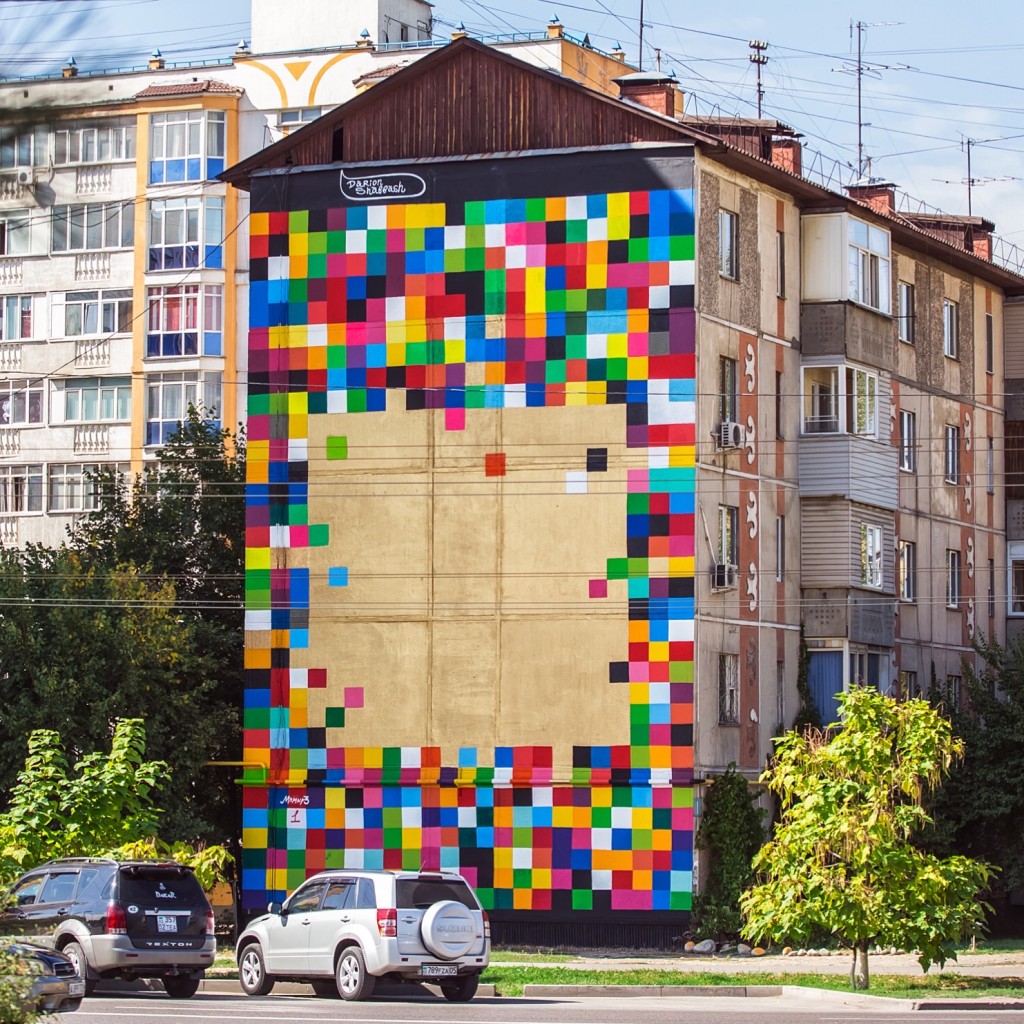 The talented street artist and graffiti painter’s popularity is growing and her drawings are conquering building walls. She was the only representative of the Commonwealth of Independent States (CIS) at London’s Supermarket exhibition in December and her first international debut was a huge success.

Her parents’ cherished dream was for their daughter to be an athlete, but Shabbash’s grandfather first realised she had artistic talent.

“I was always inclined to art. In childhood, I was a dreamy and impressionable girl. My grandfather Kazbek Karamullin, a two-time world champion in Greco-Roman wrestling and honoured coach, was always an inspiration and a brilliant example to me. I witnessed his outstanding, professional achievements and eagerness to self-improvement. It strengthened my desire to set goals and achieve my dreams,” she said in a recent interview for this story.

Her graffiti debut came in 2003 at the Snickers Urbania Festival in Almaty.

“I worked as a graphic designer and came back to art only in 2012. To tell the truth, I fall in love with graffiti. To me, graffiti means an unlimited freedom in everything. My ultimate goal as an artist is, of course, self-realisation. I am not obsessed with the idea to create things that are clear only to the author. To the contrary, I would like my pieces to be understandable, comprehensible and original. My personal method of working is setting goals and finding solutions. At the moment, I am observing today’s society and writing a chronicle of the era in which I live. 2015 was a year of full awareness of what I want to do and where I should go,” she added.

“I was invited by my Instagram subscriber Alex Party, who is also the exhibition organizer, to participate in London’s show. It was held in Stoke Newington, one of the hipster districts, in December 2015. The exhibition featured local artists together with well-known graffiti artists from all over the world. The show titled Supermarket was held in a closed store and the art works were placed on the shelves along with the usual food. The concept was to conduct a fine line of modern art and its consumption. An idea to create a plastic mosaic came to me just in time when I was doing shopping in one of the luxury grocery stores. The goods on the shelves looked exaggerated and unnatural to me. I literally got irritated by poisonous bright colours on the shelves. I decided to use these mechanisms to attract and focus consumers’ attention. Due to this, I decided to use plastic in creating a Plastic World series,” she said.

“Golden Square graffiti is opposed to the urban elite areas. I drew a picture on the wall of the house situated far away from the city centre, but still not yet in the outskirts. In this district, people seem to be more obsessed with daily routine. They constantly work and get tired. They do not have this feeling of dolce vita. I tried to bring more brightness to their life and prestige to this district. I was lucky with the location of the building, as it is visible from all sides and overlooks the nearby avenue,” she explained.

“It is a big responsibility to paint on such buildings. First of all, I would like people who walk down the street to see my work and change their mind. Art penetrating into the public’s everyday life improves their mood, too. I used a complex colour combination in a special sequence and it is a kind of code. After many months, I have noticed that people really began to smile more often in this area. It is better when streets have colours rather than grey walls and advertising. I am inspired by other artists’ skill and unusual solutions in painting walls,” she said.