ASTANA – The director of the Kazakhstan Institute for Strategic Studies under the President of Kazakhstan (KazISS) Erlan Karin said recently dissolving the existing Mazhilis (lower chamber of Parliament) and holding early parliament elections will create a strong platform to continue the country’s structural reforms. 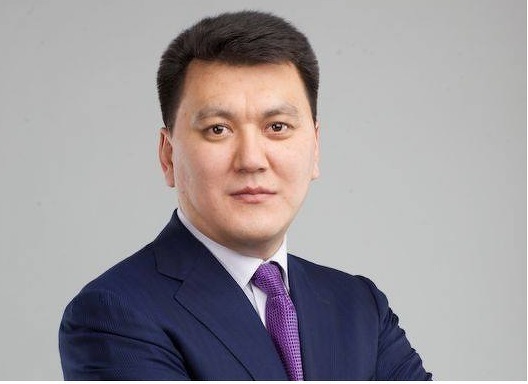 The director of the Kazakhstan Institute for Strategic Studies under the President of Kazakhstan (KazISS) Erlan Karin. Photo credit: Forbes.kz

“In our opinion, early election will ensure that the new parliament becomes an institutional basis for the reforms that were announced as part of the Plan of the Nation. Also, it will give a new impetus and dynamics to the process of modernisation in the country. Therefore, our experts attach great importance to it,” Karin said.

The Mazhilis voted Jan. 13 to abolish the existing makeup of the chamber and hold new elections to give a fresh legislative start to major reforms announced in 2015 by Kazakh President Nursultan Nazarbayev. The President has the legal right to dissolve the chamber and is now reviewing his options.

“In our view, basically, the deputies very clearly and concretely explained all of their major arguments. Most of the experts believe that this initiative is quite logical and objective from the point of the current internal situation and the events and processes that occur on the external background,” Karin said.

According to KazISS experts, the new election will bring new debates and fresh ideas into the public and politics, promote dialogue between the government and citizens and lead to the development of approaches to implementing the government’s anti-crisis policies.

More than 92 percent of citizens believe the early elections make the public more confident that the new reforms will be implemented and 96 percent believe early elections will make the country more likely to achieve its reform goals, according toa survey reported Jan. 15 by Kazakh TV. More than 93 percent of respondents believe that the parliamentary election should be held as soon as possible so that the new composition of the Mazhilis and maslikhats can begin implementing the reforms. Also, more than 94 percent of respondents say the current Mazhilis has done its work and it is time to change the deputies.

Elsewhere, surgeon Serik Ayaganov said he believes the political changes will be beneficial to the reforms.

“I think the work of the Mazhilis was very fruitful. The parliament is facing serious tasks. In the framework of the global economic crisis, we must take appropriate measures,” he commented.

And Atyrau-area teacher Zhemis Utegenova said the new parliament should pay attention to the needs of the public.

“In my view, firstly, the parliament will have to pay attention to the social protection of ordinary people; reforms in education and healthcare are important. So that we, teachers, could further teach children, doctors could treat patients, constructors could build modern houses and oilmen could extract oil,” she said.