Construction of Universiade Sports Facilities Ahead of Schedule

By Aiman Turebekova in Sports on 23 January 2016

ALMATY – Akim (Mayor) of Almaty Baurzhan Baibek recently inspected the process of construction of sports facilities that will be used during the international student competition Universiade 2017, reported the Almaty mayor’s press service. 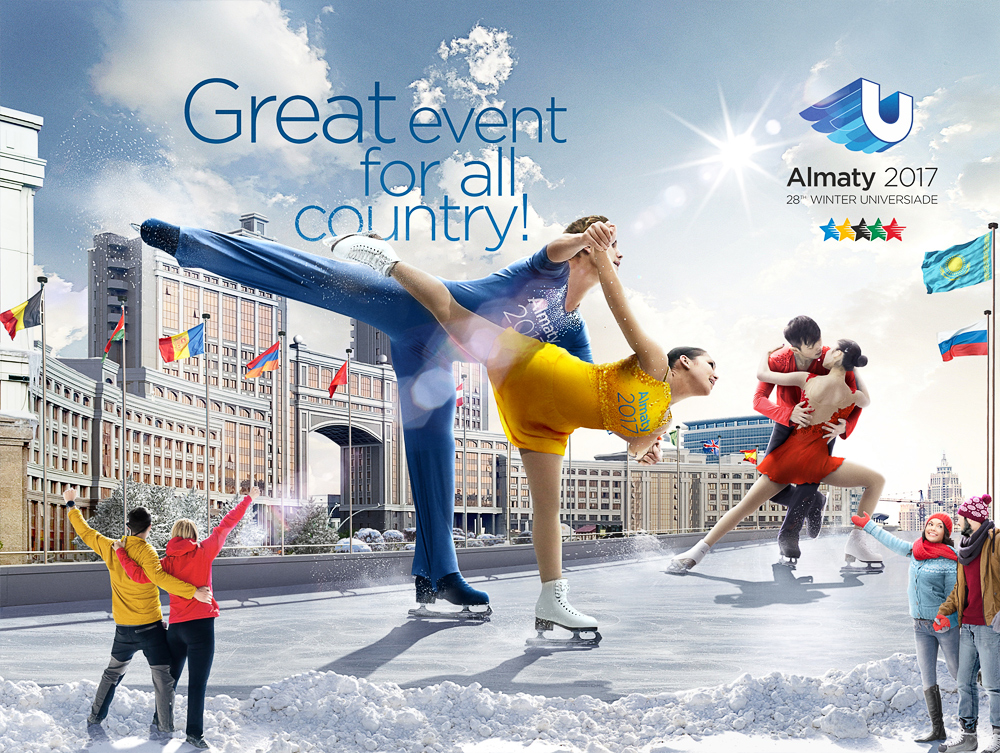 These facilities will be the heritage for future generations, and the opening ceremony will be held this year when the city celebrates its 1,000th anniversary, he said. The thousandth birthday of the metropolis is included on the list of UNESCO anniversaries.

Baibek stressed that, despite the global economic situation, the construction is not going to be postponed and will be completed on time. According to the management of the Universiade, all objects will be handed over on Aug 30. A skating rink of the Ice Arena with 3,000 seats will be ready on March 22; the construction of the main arena as well as office building and landscaping will be completed on July 6.

In addition, an administrative building, a swimming pool and a skating rink of the Ice Arena are already completed; the main unit of the object will be commissioned by May 9.

Four residential blocks for 5,000 people in Athletic village will be completed by March 22, four more blocks by May 9, and the last two blocks will be finished by July 6. Landscaping will take place by Aug. 1, the completion of all construction works and commissioning of the object as well as at other facilities will be ready by Aug. 30 this year.  Each phase of the construction will be under the personal control of the Almaty mayor.

“These projects will raise the status of our city as a metropolis of winter sports to a new level. Universiade 2017 will be the largest sporting event for the independent Kazakhstan. The construction facilities are ahead of schedule, we thank all the builders for the highest level of construction,” said Baibek after the presentation of the small arena (skating rink) of the Ice Arena with 2,000 seats, the swimming pool as well as business areas being built for the Universiade sports facilities and the Athletic village.

The objects are being built from the perspective of being used after the games. For large-scale concerts, cutting-edge sound and lighting technology is also included in the facility.