ASTANA – A seminar to discuss China’s 13th five-year development plan for the period 2016-2020 was held Jan. 28 in the city’s Beijing Palace Hotel. The event was conducted with the support of the Chinese Embassy in Kazakhstan and participation of Kazakh political party representatives, as well as research and educational institutes. 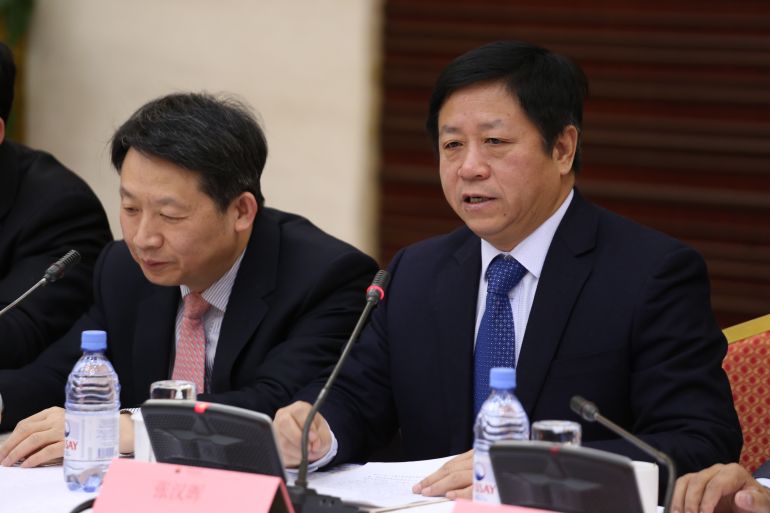 “We are interested in a constructive dialogue with Kazakhstan. During today’s seminar we want to familiarise Kazakh experts with the economic situation in China and with the new development plan which will show major trends and areas of cooperation with Kazakhstan,” said Zhang Hanhui, China’s Ambassador to Kazakhstan.

A delegation headed by Long Guoqiang, vice president and research fellow of the State Council of China Development Research Centre, came to the capital to explain his country’s plan. The visit also included discussions aboutfurther developing and deepening the comprehensive strategic partnership between the two nations, as well as promoting  joint trade and economic relations.

During his speech, Long elaborated on the so-called conjuction between the Silk Road Economic Belt and the way it corresponds with the Nurly Zhol programme.

“Kazakhstan plays an important role in the economy of the Silk Road Economic Belt  and our countries cooperate within Nurly Zhol programme. We are sure that future development of relations between our countries during the implementation of the 13th five-year plan will create even more opportunities for the cooperation,” he said.

The new plan is focused on ascending the value chain by abandoning old heavy industry and building bases of modern information-intensive infrastructure, as well as minimising the gaps between the countryside and cities by distributing and managing resources more efficiently. It also targets greening by developingthe environmental technology industry, as well as ecological living and culture. Additional milestones of the plan are deeper participation in supranational power structures, more international cooperation and encouraging the Chinese population to share the fruits of economic growthto bridge existing welfare gaps. China plans to reach an annual economic growth of 6.5 percent.

Chinese businessmen are interested in investing in the Kazakh economy by privatising companies in fields such as infrastructure, industrial processing, energy, building materials and food, said Zhang. The two countries arealready involved in 52 joint projects worth more than $24 billion.

“Of course, the number is growing. I think that at the end of the year we will see the new numbers. The most important thing is their implementation, not only the signed documents,” he added.

Relations between China and Kazakhstan began following the latter’s independence in 1991. Important economic projects have been developed in the last 25 years.