ASTANA – About 200 cadets who will graduate this year started their internships in military units and formations of Kazakh Armed Forces on Jan. 11, according to the Ministry of Defence. 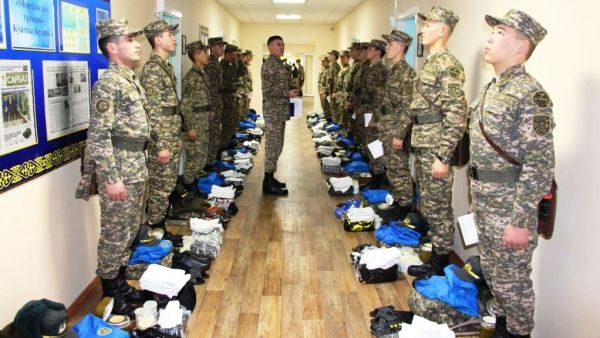 “For the students of the Cadet Corps of the Ministry of Defence, it is a new experience and the first opportunity to see the real service in the military units and subdivisions of the Armed Forces of Kazakhstan, where each of them will start their service in six months. In total, practice sessions involve 185 cadets of the second year, 53 of them will be trained in the Regional Command West; 45 cadets will be interns in Airmobile Troops and 35 will go to Regional Command South; another 52 will be directed to the regional command East, according to the defence ministry.

The period of military internship is two months. During this time, the future sergeants will consolidate their theoretical and practical skills obtained in the Cadet Corps, prepare for real service in the Armed Forces and improve their leadership skills.

The Cadet Corps of the Ministry of Defence named after Shokan Valikhanov is the only one of its kind in the country and this year celebrates its 20th anniversary. The cadets’ training and all the upcoming activities planned for this year will be held under the auspices of the anniversary of the institution.

According to the defence ministry, more than 2,400 junior officers have graduated from the Cadet Corps and many of them perform their military duties in positions ranging from squad leader to chief sergeant.