ASTANA – Kazakhstan’s Foreign Ministry moved quickly to deplore the announcement by the Democratic People’s Republic of Korea (DPRK) that it had successfully conducted a hydrogen bomb test on Jan. 6. 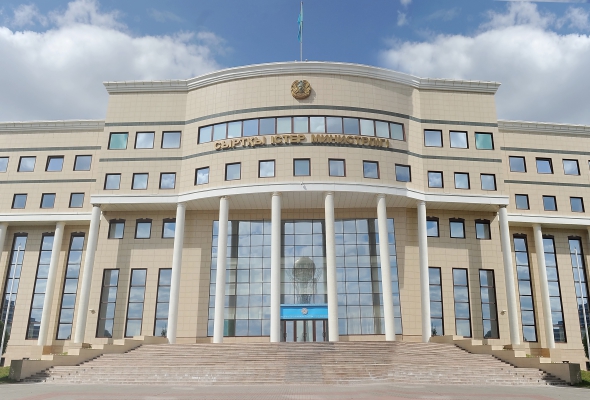 The statement referred to the Central Asian nation’s co-presidency with Japan in a major non-proliferation forum, the Ninth Article XIV Conference of the Comprehensive Nuclear Test Ban Treaty (CTBT), as an additional responsibility for Kazakhstan to raise its voice against nuclear tests.

“Kazakhstan believes DPRK’s actions seriously undermine the international community’s efforts along the path of nuclear disarmament and strengthening the non-proliferation regime and global security in general, as well as the efforts of the majority of the countries in the world to ensure the early entry into force of the CTBT,” the ministry stated.

The country’s moral authority on nuclear security stems from its voluntary renunciation of the nuclear arsenal it inherited from the Soviet Union in the early 1990s.

Kazakhstan’s Foreign Ministry called upon DPRK to follow suit by abandoning nuclear weapon ambitions and returning to a table of negotiations on its nuclear issue in the six-party format involving China, Russia, the United States, the Republic of Korea and Japan.

The statement also reflected Kazakhstan’s long-standing argument that global security can only be guaranteed if humanity gets rid of all nuclear arsenals.

“It is the goal that our nation and President Nursultan Nazarbayev have consistently called upon the international community to embrace and to reach, including President Nazarbayev’s call for humanity to make the world without nuclear weapons its major goal in the 21st century,” the statement concluded.

Around 1.5 million of Kazakhstan’s 17-million population were affected by the Soviet nuclear weapon testing at the Semipalatinsk nuclear test site in eastern Kazakhstan. It was shut down by Nazarbayev’s decree on August 29, 1991, when the Soviet Union was still in place. Today the date is marked as the International Day against Nuclear Tests, established by a UN General Assembly resolution in 2009.

North Korea conducted its fourth nuclear detonation in the late morning hours of Jan. 6. The underground test was carried out at the Punggye-ri nuclear test site in the north-eastern part of the Korean Peninsula, the external sources confirmed. The U.S. and Chinese seismological centers reported there was an earth tremor with a magnitude of between 4.9 and 5.1 at the time.

North Korean media announced a few hours later that the country’s military had successfully tested a hydrogen bomb. International experts, however, doubted Pyongyang’s claims. Some sources say the test was more likely of a boosted fission weapon, which uses hydrogen fusion to produce smaller, lighter warheads that are usable in arming a delivery device such as a missile, rather than to create destructive power of a real hydrogen bomb.