ASTANA – Arslanbek Sultanbekov is a renowned dombra player, performer and composer in the Turkic world. His song “Dombra” became so popular it was even used as the main music of Turkish President Recep Tayyip Erdoğan’s election campaign. The amazingly talented artist, who now lives in Kazakhstan, enthusiastically promotes his Nogai culture to the world. 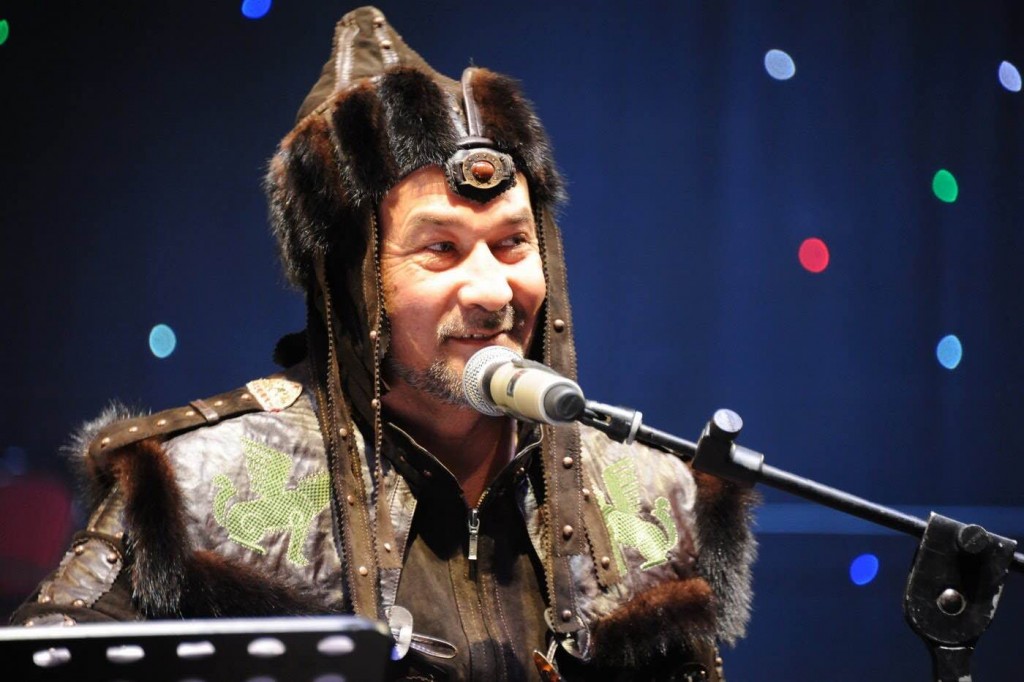 Born in 1965 in Karachai–Cherkess Autonomous Region of the Soviet Union, Sultanbekov was the youngest child in the family. His mother instilled a sense of patriotism in him from an early age.

“Everything she said was connected to Nogai. She did everything to never let down the name of the Nogai people and she taught me, too,” he said. “I was always thinking about how to raise the patriotism of people. To raise a patriot we have to raise their mothers, who will explain what it is to their children.”

As a child, Sultanbekov never thought he would connect his life with music. Murat Seitov, a famous musician of the time, however, predicted the 6-year-old’s career after seeing him during his own performance. He ultimately became an inspiration.

“He called me out and made me repeat the rhythm he did. And I did and he told my mom that I would definitely be a singer,” said Sultanbekov.

By the age of 14, Sultanbekov still had not discovered his talent and his parents hoped he would study in Moscow and follow a “serious” profession. His interest was piqued when he heard a local group and one of the members taught him to play the guitar. The young musician subsequently created his own group, Saule, which performed at discos, weddings and parties.

“We had the whole band with drums and everything,” he said.

Following eighth grade, Sultanbekov was slated to enrol in the local vocational school, which included dombra class, and had the department led by a Nogai professor. Ironically, he had only seen the instrument a few times and had never played it, because for a long time it was forbidden in the region.

“I was inspired so much with that idea. But when I told my parents, they became upset and I decided not to take the opportunity. I managed to finish 10th grade, then technical school and right after I went to serve in the army,” he said.

Ironically, it was during his stint in the army that he finally realised his commitment to music. While performing his duty, Sultanbekov met a friend from Ukraine who had a classical guitar education and taught him musical notes. After returning home he spoke to his parents, who finally agreed with his decision.

“I decided to go to musical college to continue playing the guitar. I prepared three or four classical melodies for the auditions. I was good at improvisation, but I did not have previous education. So I almost left the auditions without even trying after I saw how other musicians performed. They were amazing! One of the professors said he really liked when people studied playing an instrument by themselves. He gave such hope to me. Well, somehow, I was accepted and I was so honoured,” said Sultanbekov.

He went to the folk department and it gave him so much. Sultanbekov has always been interested in history of his own nation, which inspired him to write songs from a young age.

Sultanbekov’s melodies tell the history of the Nogais, a Turkic ethnic group living in southern European Russia, mainly in the North Caucasus region. They speak the Nogai language, which is similar to Kazakh, and are descendants of various Mongolic and Turkic tribes, who formed the Nogai Horde conquered by Russia in 1634.

“In my repertoire only few songs are about love, the rest are about my people – the Nogais,” he added.

In 1989, Sultanbekov met famous dombra player Alibiy Romanov. He was so inspired he thought, “I need to play dombra.” He bought a new instrument and created his first and most famous song named for the long-necked lute. It became widely known in the Turkic world; type in Arslanbek Sultanbekov and every search engine will show “Dombra.” The song is a unique, because of the style of its performance. 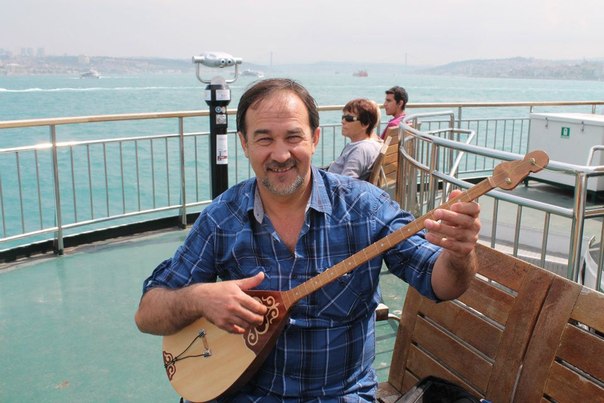 “I play dombra the way guitar is played,” said the songwriter.

He created a Nogai music group the same year and released their first album, “Nogai Nights.” In 1994, he received the title of Karachai-Cherkess People’s Artist and “The Most Beautiful Sound of the Republic” award.

Sultanbekov’s study of Nogai culture, history and music brought him to Almaty in 2003 to visit museums and see instruments. He was asked to write an article as part of his trip, which was later read by Mukhtar Kul-Mukhammed, Kazakh Minister of Culture at the time. He invited Sultanbekov to Kazakhstan and introduced him to the famous artist Bekbolat Tleukhanov. In 2004, he and his family decided to move to Kazakhstan.

“I started playing in the Presidential orchestra of Kazakhstan, where I worked for seven years. There I met great musicians, who showed me a lot,” he said. “In 2008 we opened Nogai Cultural Centre, which promotes Nogai culture and tells people who we are. Also we are members of the Assembly of the People of Kazakhstan. I am very grateful that there is such a thing as the Assembly.”

Sultanbekov believes he does not create music, but that it already exists in nature.

“I find it and I show it. It is something like when an astrologist says he created stars. I do not have copyrights for my songs and I don’t think I ever will. They belong to everyone,” he said.

Depending on his inspiration, some songs are written in 20 minutes; others take far longer to compose.

“For example I had a song named ‘The Way Home,’ which I was able to finish 20 years after I started it. For me music comes with emotions, with pain, with joy, with feelings,” he said.

Sultanbekov is well known in most Turkic countries. He travels around the world, communicating with Nogai people, talking about the culture and trying to preserve it, driven by his patriotism and passion.