By Kamila Zhumabayeva in Nation on 12 January 2016 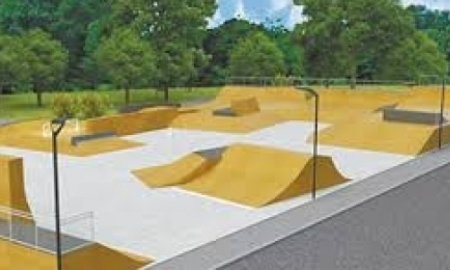 The BMX tracks and skateparks will be built near the First Presidential Park in the children’s park near Almaty 1 railway station on Sholokhov Street and in the Central Park of Culture and Leisure next to an old cycling track, according to the news website.

“In addition, building a bicycle track close to Sunkar International Ski Jump Complex is being addressed. Building another five facilities is planned until 2020. Also, the construction of downhill tracks is planned in the area of Kok Tobe Mount,” Baibek said.

The city’s first skatepark opened in Almaty’s central park at the end of last summer. The 600-square-metre park is geared toward novice and advanced skaters and was built with the input of professional Kazakh skateboarders, Tengrinews reported Aug. 28.

Almaty has approximately 500 skaters between 10 and 30 years old and the number is rising, according to the agency.

“There is no year-round skate park in Almaty and that creates inconvenience and deprives beginning sportsmen an opportunity to skate and practice their skills,” Representative of the Rafting Initiative Group, which is organising the parks effort, Ekaterina Gribanovskaya said, Tengrinews reported. “We built this area in some two weeks, there was criticism from professional skaters which we have adopted and fixed.”

The new skatepark project is being conducted with the involvement of professional skateboarders, domestic manufacturers of skateboards, owners of sporting goods stores, public figures, as well as with support from the central park management and Department of Natural Resources and Environmental Management of Almaty, almaty.tv reported.