An Almaty resident is reviving a short-lived 1960s fashion item. 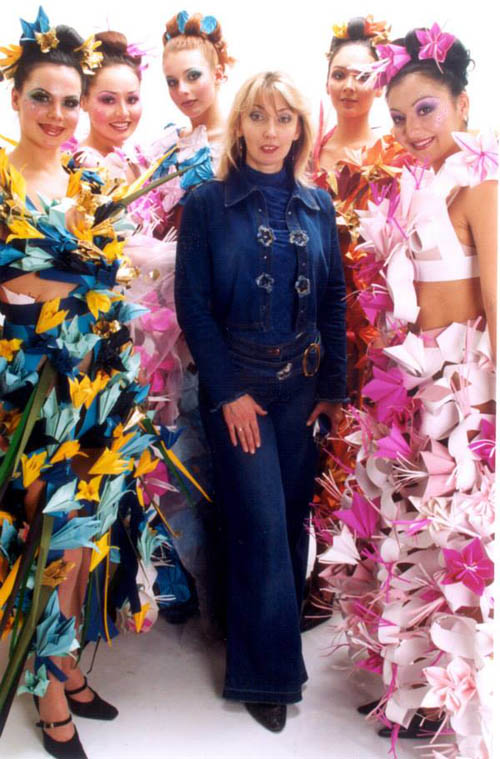 Stylist, makeup designer and artist Larisa Starodubtseva recently presented Four Seasons, a women’s clothing collection made entirely from paper. She used origami, the traditional Japanese paper technique, to create fancy and sculptural frocks for those who like one-day wear.

The Kazakh artist is known abroad as a participant in international makeup design shows in Athens, Berlin and Milan. She also works with the United Nations Educational, Scientific and Cultural Organisation (UNESCO) and Kryolan, a German professional makeup brand, as well as with various magazines, and participates in design projects, creates new images for Kazakh public figures and organises master classes.

Starodubtseva studied architecture at the Kazakh Leading Academy of Architecture and Civil Engineering, where she later worked as a lecturer. In 2000, she decided to attain new skills in makeup design and subsequently has been running her own beauty business.

The stylist continues experimenting with different materials like fir cones, beads, shells and stones to devise different techniques. Her creative spirit can even be found in the back yard of her salon, which she uses as a stage to recreate fairy gardens or snowmen fortresses.

Paper fashion is another innovative idea the artist decided to realise. Her first collection was created in 2014 when Starodubtseva showed the grace and beauty of the kimono, a traditional Japanese garment with accessories. While many artists don’t like paper as a material due to its laborious character, she found it to be an interesting medium. 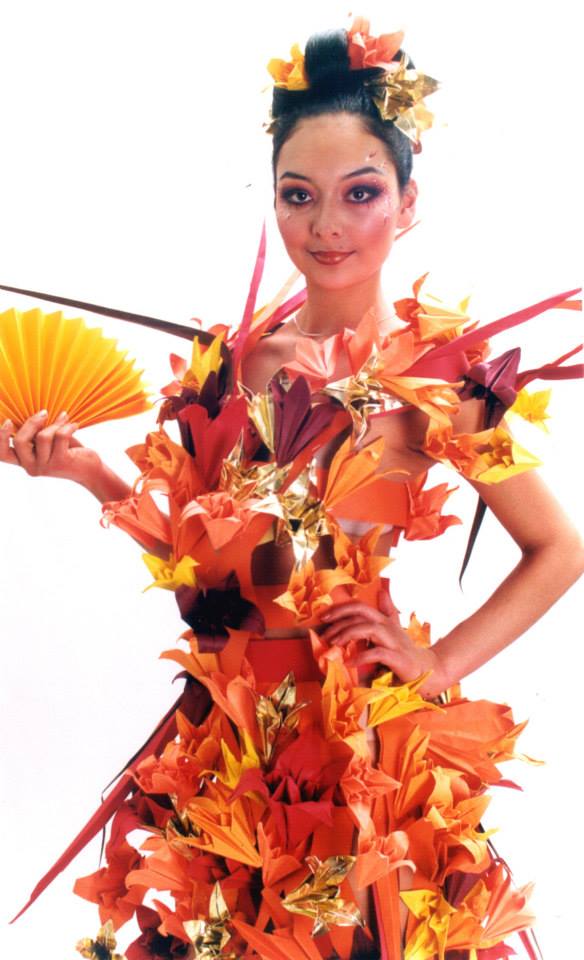 Origami helped her transform ordinary-coloured paper into soft silk, flowing satin and aristocratic velvet. The new collection of sundresses, blouses and skirts perfectly conveys the characteristics of the four seasons – the heat of summer, autumn splendour, the freshness of springtime and charm of a rigorous winter. Starodubtseva didn’t comment on her handmade outfits, letting Almaty fashionistas estimate the true worth of the paper designs. After all, a woman in a cartoon dress will definitely attract attention any time of the year, except when it is raining.