ASTANA – The Almaty akimat (city administration) approved comprehensive action plan to improve the state of the air basin on Jan. 18, reported city’s official website. The plan shows actions that will be taken in the next two years to solve a series of multi-purpose environmental problems and improve the situation. 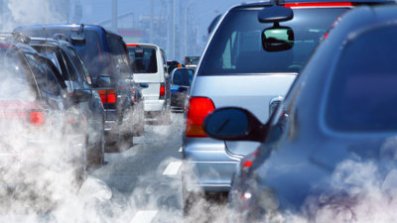 The action plan consists of 51 measures and is part of the Almaty 2020 development plan. Administrators of budget programmes and private investors are being sought for the project.

According to the data of Kazakh Centre of Hydro-Meteorological Monitoring, despite the fact that the Air Pollution Index in 2015 fell to 9.7 from 10 points in 2014, the indicator still shows a high level of air pollution in Almaty.

The main source of the pollution is motor vehicles.

In order to change the situation, the administration intends to take actions in four main areas, including the “greening” of transport, reduction of air pollution by stationary sources, including the gasification of the private sector, as well as preservation and development of the green fund, in other words, trees.

At the same time, control over the implementation of environmental protection measures will be strengthened, as well as over the measures aimed at reducing emissions of pollutants. The control of compliance with toxicity and smoke level will be tightened too. New parking spaces will be created and they will be managed according to modern standards. The city also plans to launch a system of city entry limitations by vehicles from other cities.

It is also expected that a number of industrial facilities and private houses will be transferred to gas as fuel for heating or other purposes.

State government bodies intend to solve environmental problems in Almaty with the support of the public and under the control of the special Coordinating Council for Ecology.