The past year was a busy 12 months for Kazakhstan’s Air Medical Service team, which flew more than 2,000 flights during the past year. 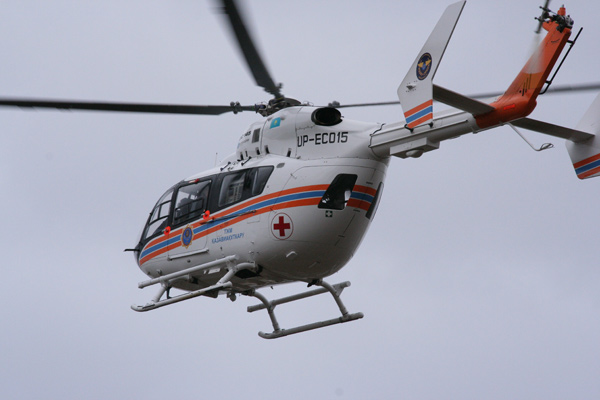 More than 6,000 times, the service has executed emergency missions during the five years of its existence. The central office receives calls from every region of the country.

“First of all, we assist pregnant women and then [assist with] new born babies, children of all ages and patients with cardiovascular diseases. Five mobile teams are working around the clock. Most often we have surgeons, gynaecologists and cardiologists on board. Our pilot warned that because of the current weather conditions, [flights] won’t be easy, however, for doctors it is a usual thing. To provide assistance the aircraft and helicopters usually have to land in the mountains or in the steppe, which is sometimes combined with high risks for all on board. … Most recently we have been to Thailand, South Korea, China and Mongolia,” said Deputy Head of the National Centre of Sanitary Aircraft Gumyrbek Agibayev.

According to the head of the centre Nurlan Akylbekov, in 2015 the service flew to Cologne, Germany for the first time to transport Kazakh citizens, who had been hospitalised in a critical condition abroad.
Other emergency services also had a busy New Year’s week. In Astana, 80 ambulances were on duty New Year’s Eve and the police doubled their presence on the city streets in light of massive public celebrations.