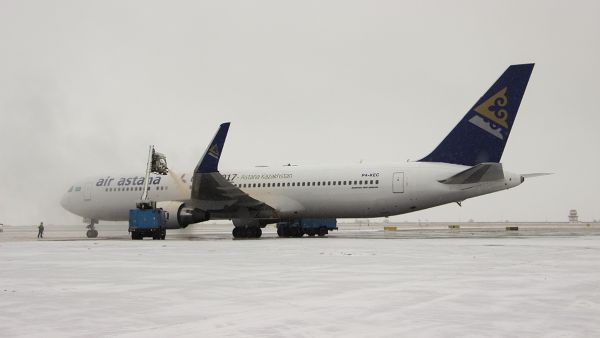 The company’s passenger traffic increased by 2 percent and amounted to 3.8 million passengers and the capacity increased by 6 percent. The airline’s revenue fell by 31 percent from $933 million to $738.1 million.

“A sharp fall in revenue was more than compensated for by significant cost savings, including, though not limited to, jet fuel savings. In spite of extremely challenging local and regional market conditions, we were able to grow capacity and add new routes to Paris, Seoul and Tbilisi,” said Air Astana President and Chief Executive Officer Peter Foster.

He expects that this year’s market will continue to be weak.

“Currency and commodity price weakness are ongoing challenges. We don’t expect great things from 2016, but with our cost base now amongst the lowest of any full service airline in the world, we expect to be well placed to take advantage when markets improve. We expect to add new routes to Tehran and Ulaanbaatar this year and will take delivery of the first Airbus 320 NEO mid-year. 2016 will be about keeping our nerve, biding our time and preparing for the recovery which we expect in 2017,” he said.

Air Astana is the national and largest carrier in Kazakhstan and is based in Almaty. It operates domestic and international services on more than 60 routes and has two main hubs – Almaty and Astana. The airline is a joint venture between the Samruk Kazyna Sovereign Wealth Fund with 51 percent of shares and British multinational company BAE Systems with 49 percent.

It was incorporated in 2001 and started commercial flights in May 2002.