By Dmitry Lee in International on 8 December 2015

ABU DHABI – On the eve of the celebration of the 44th National Day of the United Arab Emirates (UAE), the UAE’s National Media Council invited foreign journalists to Abu Dhabi for press briefings with top Emirati officials on Nov. 27 – Dec. 2. Among the pressing issues on the agenda were terrorism, extremism, religion, the Syrian crisis and international humanitarian aid from the UAE. 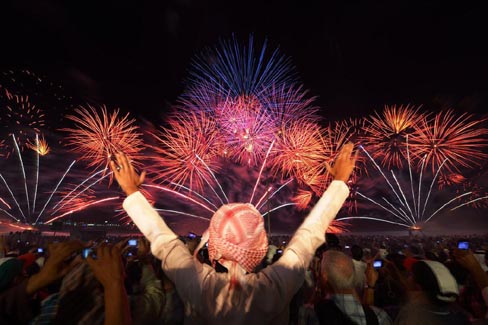 The Astana Times was also invited as part of the group of reporters for a chance to examine the situation in the region and discuss bilateral relations between Kazakhstan and the UAE; courtesy of the Embassy of the UAE in Astana, which also held a reception in Astana as part of the celebrations in Kazakhstan.

Kazakhstan and the UAE are often compared, perhaps because the vast Emirati deserts in some ways resemble the great Kazakh steppes; perhaps because of the similar history of the young capital Astana and the city of Dubai – both were raised in the middle of undeveloped areas in a short period of time.

It is hard to believe that just 40 years ago, the territory of the current Emirates was a flat desert with no drinking water and Bedouin tents. Today, each of the seven Emirates boasts world wonders like the tallest buildings in the world, such as Dubai’s 828-metre Burj Khalifa or the celestial-white Sheikh Zayed Mosque in Abu Dhabi.

Another parallel that could be drawn between Kazakhstan and the UAE would be the upcoming Astana EXPO 2017 and EXPO 2020 in Dubai. Finally, both countries are adhering to neutral foreign policies in spite of the numerous regional challenges. In terms of challenges, Kazakhstan is also going through a period of economic uncertainty while the UAE is not far from armed conflicts in the Middle East.

Some of these conflicts were noted during a Nov. 29 press conference in Abu Dhabi’s Faremont Bab Al Bahr hotel by Minister of State for Foreign Affairs Dr. Anwar bin Mohammed Gargash.

“Addressing extremism is not solely an Arab issue, and therefore, there must be a collective effort,” he said. “Terrorism targets Lebanon, Iraq, Egypt, Libya, Belgium, France, Kenya and Tunisia, and all countries are facing a global challenge, so dealing with it must be from this standpoint, and each region should study its circumstances.”

“There is no Arab solution we can export to face extremism and terrorism in the world. Terrorism is a global challenge and the solution must therefore also be global. All states must make a common effort on an international level to counter extremism, and we are working, through the UAE experience, to provide assistance in facing extremism as part of the international coalition fighting terrorism,” Gargash explained when asked about terrorism. 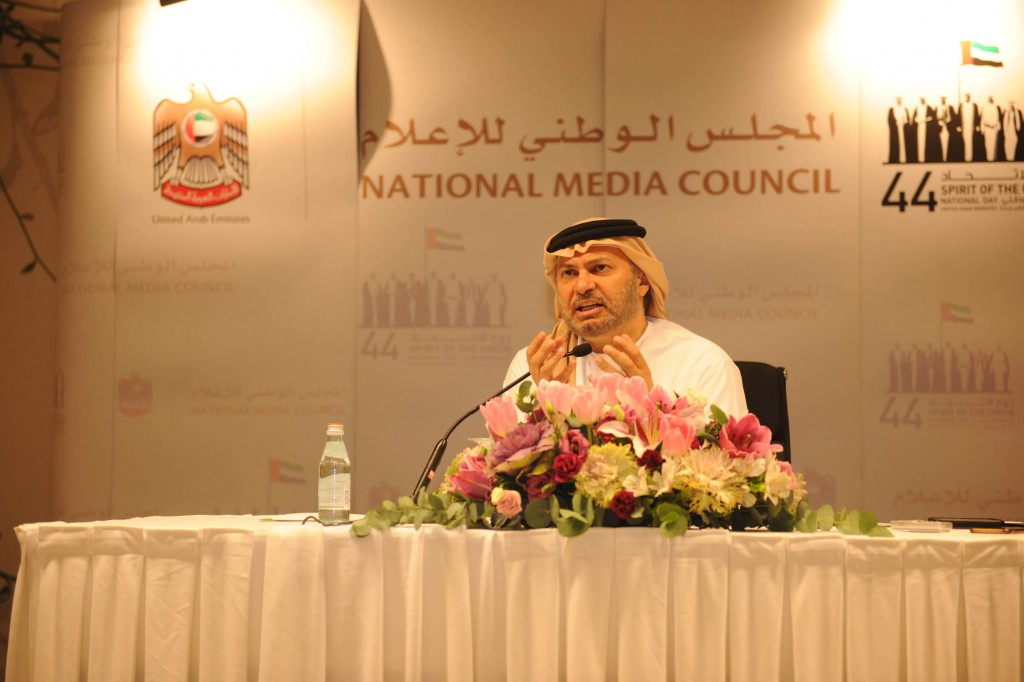 The minister was also asked about the Syrian crisis and responded that Syria should seek a political resolution.

“The Syrian crisis is still raging. The UAE is convinced that a political solution is the only possible solution, and that choosing between Daesh and the Al Nusra Front is not a realistic option. Unfortunately, we see the marginalisation of the moderate and rational voices in Syria, which seek to create a civil state. We agree that no one will resent the Russian bombing of Daesh or Al-Qaeda, as they are a common enemy. Yet, as for a resolution, the UAE is convinced of the need to find a political solution with a Syrian partner.”

According to Gargash, in the past four years there was a question regarding the fate of Syrian President Bashar Al Assad.

“The UAE does not see Al Assad’s presence as a legitimate part of Syria’s future following the civil war that killed more than 300,000 people, yet, we do not want to disintegrate Syrian government institutions, and there should be a transitional phase, but we do not have definitive answers for the Syrian crisis yet, and the situation is still complicated.”

Talking of the UAE’s policy regarding Syrian refugees, Gargash said: “The population of the Syrian community in the UAE since 2011 has increased to 100,000 who have entered and integrated in the UAE workforce. There are more than 5,000 Syrian facilities and institutions; in addition, 37,000 Syrian children have been enrolled in state schools.” He then added that the UAE continues to support Syrian refugees in Jordan, Lebanon and in the Kurdish areas of northern Iraq.

The minister also spoke about the UAE’s relations with its neighbour, Iran. He said the UAE would like to “turn the page and start with new political relations based on respect and non-interference.” He added that “the Iranian nuclear agreement gives Iran the opportunity to create normal relations with its neighbours, but the indicators received from Iran are not positive because of its continuous interfering in Arab politics, taking Bahrain as an example.” If this intervention continues, UAE-Iranian relations will get complicated, he said.

Later, Minister of Energy Suhail bin Mohammed Faraj Faris Al Mazrouei explained that the country’s energy sector is well positioned “to join the league of the most innovative nations, thanks to the 2015 Year of Innovation initiative, launched by President His Highness Sheikh Khalifa bin Zayed Al Nahyan.”

Sheikh Lubna bin Khalid Al Qasimi, minister of international cooperation and development and head of the UAE Committee for Coordination of Humanitarian Foreign Aid, stated that the UAE’s foreign aid to 140 countries amounted $16 billion from 2010-2014.

According to Al Qasimi, the humanitarian assistance provided by the UAE to all nations globally is unconditional as part of the UAE people’s and leadership’s values and culture to assist those in need. This concept was developed in the recent years in the light of famines, diseases and the displacement of millions of people from their countries and homes across the world as a result of conflicts and natural disasters, she added.