By Talgat Issenov in Sports on 21 December 2015 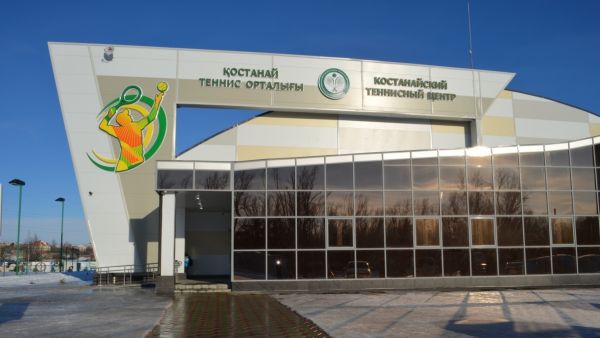 During the opening ceremony, the region’s akim (mayor) Arkhimed Mukhambetov noted the complex provides all the necessary conditions for children to play the game. Approximately 100 youngsters are expected to train on a regular basis and the number will be increasing, noted Kapital.kz.

“One more wonderful sports area is opening in Kostanai for the Independence Day of our country. Now, our task is to ensure the quality of this centre’s work. There should be good coaches and high-quality equipment and holding more tournaments is needed as well,” said Mukhambetov, according to Zakon.kz. “I am confident that in a short time the tennis centre in Kostanai will allow it to prepare equally-famous tennis masters of its own region who will become part of Kazakhstan’s tennis elite.”

He noted President Nursultan Nazarbayev set the task to ensure accessibility of sports facilities for the population. This is a long-term state investment in the health of the nation, he said.

Mukhambetov also expressed his hope that in the future tennis will become one of the most popular sports in the region.

The 3,000-square metre complex was under construction for four years. It contains three indoor and three outdoor courts, the latter equipped with seating for 200.

The complex is also expected to provide a gym, locker rooms, showers and other amenities and will employ more than 20 individuals, reported Zakon.kz.

Nearly 2,500 sports facilities currently operate in the region, where approximately 30 percent of residents participate in sports on a regular basis, according to 24 KZ news channel.

Kazakhstan Tennis Federation Executive Director Dias Doskarayev noted the Kostanai centre is the fifteenth in the country. Similar centres are now found in almost all regions.

“We are making every effort so that tennis can become a favourite sport. Our development on the strategy was that a tennis centre was being built in every region in order for children to have the opportunity to be engaged in tennis, to treat tennis both from an amateur and a professional point of view,” he told 24 KZ.

A successful series of under-14 tournaments through the Asian Tennis Federation is scheduled to launch in the next year, he added.