ASTANA – Adil Zhalelov, also known as Skriptonite, has quickly won the hearts of listeners with his fresh sound, great beat and true, sometimes explicit lyrics. The young and promising rapper has definitely brought a new wave to Kazakh music culture. His debut album, released in November, is number two on Russian iTunes behind Adele and her album, 25. 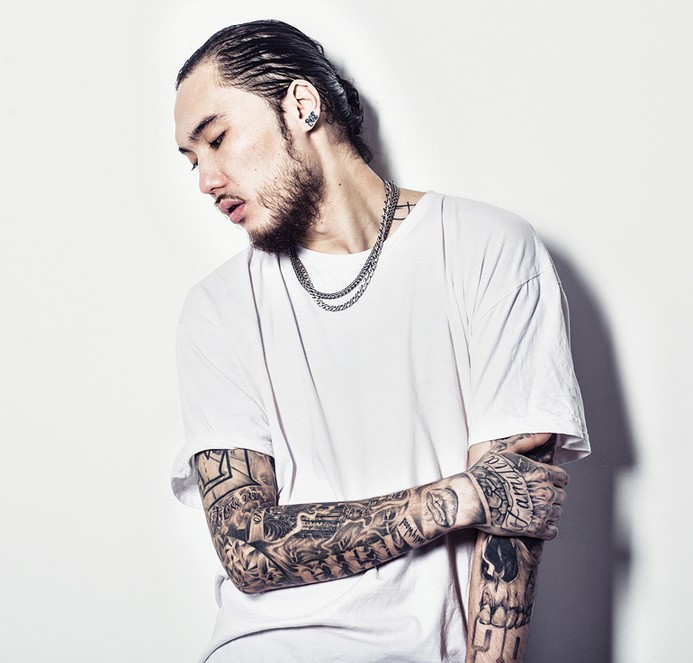 “In my songs, I am talking about the life of the ordinary citizens of the former Soviet Union with common household problems. So, I try to express things in my texts with simple words; then my thoughts are available for many. What is the point of writing music if people do not understand it? I do not understand rappers who rap about their rap. I think they are defective people. Where is the rest of their lives? Where are the people in it?” said Zhalelov in an interview with Sobaka.ru.

Zhalelov was born in 1990 in Leninski village near Pavlodar city. He became involved with music as a youngster and got interested in rapping at 11.

He and his friends created JILLZ in 2009. Four years later, Skriptonite and rapper Niman released the music video VBVVCTND, which gained a large number of views in a short period of time. It also garnered interest from Gazgolder, the Russian production centre created by Vasily Vakulenko, (aka Basta and Noggano), the rapper known throughout the Commonwealth of Independent States. In February 2014, Skriptonite became officially connected with Gazgolder and began working on his debut album.

“House with a Normal Phenomenon” was released to good reviews. Songs and videos by the young rapper and collaborations with other artists now get millions of views and likes. Some fans even call him “Nuclear Kazakh,” referring to his quick rise to fame.

“Within more than an hour, Zhalelov offers not just concept, atmospheric work, but also a fair variety of genres – from trap and New York hip hop to almost gospel,” said Yaroslav Zabaluyev, a reviewer at Gazeta.ru who called the album among the best new ones that month.

Several of Skriptonite’s songs were named among the 50 best of the year, according to the-flow.ru. He is the first Kazakh artist to sign a contract with the label and first Kazakh rapper to have such success.

The rapper is a hit with Rolling Stone.

“The most promising rookie of Gazgolder Records and Russian rap in general, Skriptonite first began creating beats when he was a teen. Inspired by Southern hip hop of the United States, the native of Kazakhstan does not want to experiment with texts with ‘deep meaning,’ which is typical for Russian rap overall, when characters often want to look smarter than they really are. Instead, Adil focuses on the musical component in which he is personally involved,” according to an article in the magazine.

Skriptonite was also named Rapper of the Year by Colta.ru.