By Kamila Zhumabayeva in Business on 18 December 2015 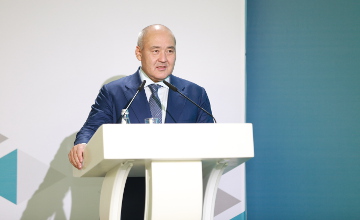 While presenting the new functional model of the fund, Shukeyev focused his attention on the fact that Samruk Kazyna will have three basic directions in the future: commercial unit, including portfolio management of current assets; corporate unit, including finance, human resource management and operational support; and monitoring, which will incorporate compliance as a new function.

The model itself is developed from the best world practices for similar holdings and sovereign wealth funds and with the participation of consultants from Deloitte, BCG and McKinsey. At first, the commercial unit will be significantly strengthened within the new model, according to the website.

“In other words, we want to move from the controller model to the model of commercial portfolio manager. Thus, the fund will create a new value by itself and will cease to perform the function of an administrative superstructure to activities of national companies,” Shukeyev said.

About 60 percent of the staff will deal with the creation of new industries and management of the current portfolio, according to the chair of the fund.

Shukeyev stressed the importance of the so-called “quick wins” factor to accelerate the transformation. Thus, the fund has already been marking several important victories at this stage, according to the speaker.

Overall, about 2,000 processes within the fund have been reviewed as part of the transformation process, first announced in 2014, and a system of key performance indicators (KPIs) was developed.

The grading system of employees will also change to raise standards on demand and functionality of the holding’s personnel to international levels. A new system of procurement that through categorisation and centralisation is expected to save up to 380 billion tenge (more than US$1 billion) annually is also a priority of the fund.