ASTANA – With many Kazakh students going abroad for university or post-graduate studies, it may come as a surprise that Karaganda State Medical University (KSMU) is the alma mater of a growing number of South Asian students. Currently around 700 foreign students, mostly from India, study at KSMU. 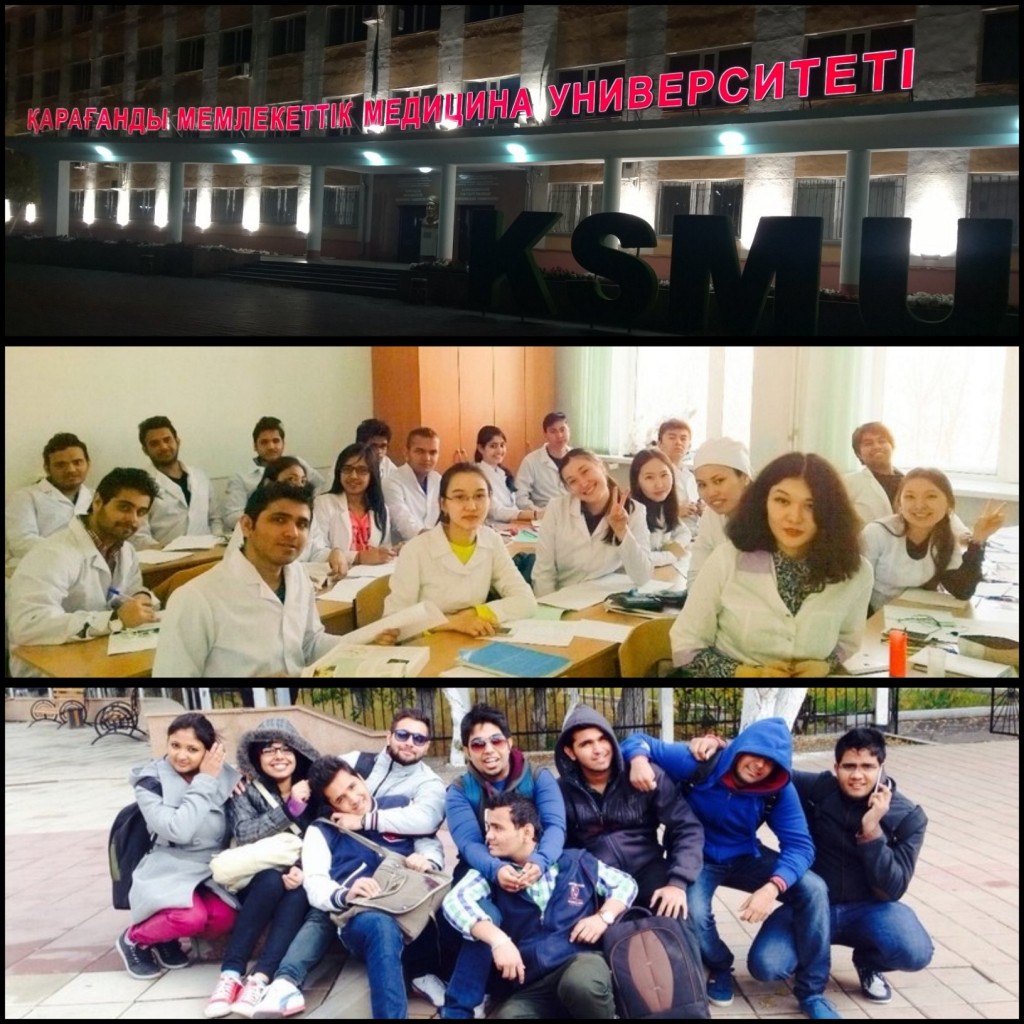 “Well, the university has a quite nice reputation in my country and due to the huge number of graduates working in India after finishing their education in Karaganda, I decided to come here. Also, the fact that guardian of all foreigners here, Dr. Dinesh Kumar, is from my city; he made me familiar with this university. Fate and destiny also have a little contribution,” said Shreshtha Purohit, 21, a fourth year general medicine student at KSMU from India in a recent interview with The Astana Times.

Soviet education was considered to be very strong, and after becoming independent, Kazakhstan has tried to maintain and develop its education system, creating education cooperation agreements with several countries and even introducing scholarships for Afghan student. Now, Kazakh universities have become attractive destinations for students from South Asia.

“Education in Kazakhstan has built a reputation for being strong. We have international agreements on cooperation. Our university is on a special list of trusted educational institutions, diplomas of which are recognised in India. We are not the sole Kazakh university to be recognised, there are several,” said Vilen Molotov-Luchanski, vice dean for educational and methodical work at KSMU.

“We started receiving foreign students back in 1995. But the big flow started in 2001. Most of the students come from India and all of them study in English. We have around 700 foreign students now,” he added.

According to him, they pay for their education; there are no specific scholarships for Indian students. The young doctors live in dormitories with local students.

He also said that Indian students choose KSMU, “because it is known enough and the educational level here is high. Also, it gives them opportunities to practice their skills after returning back home. The affordable price is another reason students choose us. I would also say we have a good clinical base. The level of education of our teachers and professors is good as well.”

According to Purohit, during the first and second year, students have to take Russian and English language classes, “as it makes it easier to live over here, to get socialised. Also, in the future, it will be easier to communicate with patients in some major disciplines like therapy,” he said.

“What I like the most about Kazakhstan is the patriotism of the people and the responsible. law-abiding citizens, as well as the Westernised culture over here. More than that, [I like] my university and respective teachers and administration, which have been inculcating the best of the best habits of discipline and working skills,” said Purohit.

According to him, overall, Purohit has no problems in Karaganda. In the beginning he faced a language barrier, and the different food habits and bitterly cold winters were challenging. But now, after three years, he and his friends have become used to life in their temporary home.

“We live in a spacious, large, lavish and well-furnished hostel given by university. There are some students from other countries, too, and even some of our teachers are also foreigners,” added Purohit.

“The university offers many activities like concert performances and celebrations of our own festivals here, fostering and promoting intellectuality and rationality between students and university. We pursue our education, [and gain] experience with various matters and many things … we strive and work hard to become professionals who can do justice to our medical fraternity and take this field to the next level,” he concluded.

Since students study in English, the teaching staff of KSMU has mastered the language. All of them are certified and can teach in English, as well as in Kazakh and Russian. According to Molotov-Luchanski, the process of education is being monitored constantly, because the level of education is very important.

“Our graduates work all over the world. We keep getting great feedback from them, and we are very proud of them,” he said.