By Kamila Zhumabayeva in Business on 1 December 2015

ASTANA – During the annual State of the Nation address held Nov. 30 at the capital’s Palace of Independence, Kazakh President Nursultan Nazarbayev spoke and acted as an encouraging father figure, explaining complex notions in plain language and referring to life experiences. 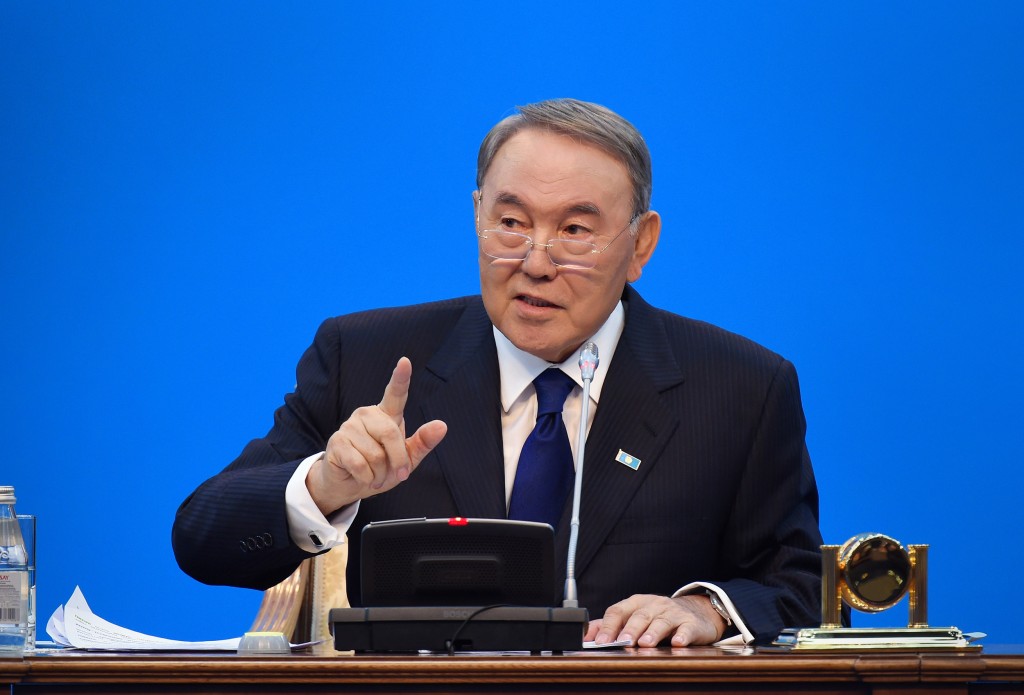 According to the head of state, for the past few years the nation has done everything necessary for Kazakhstan to create new entrepreneurs, businessmen and wealthy people, helped entrepreneurs and business people develop their companies and provided all required conditions.

“We want to create a state where wealthy citizens live and will do well both for themselves and the nation. The work of the future is all that’s going on in the world of capitalistic economy and market economy; it works this way and it’s right. Now you have become wealthy and gone on to be in business newspapers and magazines, showed you are millionaires and billionaires. Now the time has come to answer to the state and to the people,” said Nazarbayev as he offered his congratulations and good wishes.

The President called on entrepreneurs and business people to actively participate in privatisation tenders, to legalise their finances and work transparently.

“I understand that someone might be afraid to bring the money here … no one can open your legalised accounts, no law enforcement body will pursue you for legalising your property, including properties abroad … the state will protect what was declared in Kazakhstan and it will be yours,” he said. “It is not because the state needs those monies; it will manage without them, but I feel sorry for you. I want you to live peacefully and not be hiding and preparing to be searched. I care about you and, of course, it is beneficial to the state, too.”

Nazarbayev advised businessmen and women to take private ownership of facilities such as factories, roads and powerhouses during the privatisation period as a way to become wealthy and provide stable incomes for themselves, then use them to provide the nation with jobs, pay taxes and help the state. To be competitive, he noted that every product made in Kazakhstan must be high quality, convenient and inexpensive.

The President spoke about his recent trip to a factory in Almaty where workers are toiling, using their money and giving jobs to young women and girls. He stressed that their clothes may not have designer labels, but are still perfectly serviceable.

He also addressed entrepreneurs and business people, reminding them of the importance of being humble and modest.

“When I go abroad, billionaires there don’t buy the biggest cars and clothes that glitter like people do in our country, and women don’t wear the most expensive jewellery  and stones … According to what I know, there is a special store in Switzerland where wealthy people go to buy plain clothes so that they don’t show themselves off to people and cause envy,” he said. “Here, if we build houses we go for four-storey mansions, later not knowing what to do with them. A car has to be the biggest one. Our Kazakh men will buy a car if it is made the size of a tank. Cars in Europe are there for transportation purposes, very small so that they are easy to park.”

The President added that Kazakh citizens must learn how to be wealthy.

“Neither wealth nor status ever gave happiness to a person. These are the words of many philosophers … If you are to spend your earnings, bring them to people and receive contentment and thanks from them; only then will you be happy,” he emphasised.

He added if all small efforts in each region and city are approved and the increase in goods and improvement in quality is supported year by year, the efforts might turn into something very big.

“All worldwide brands took this path … People behind all clothes women wear today started with twisting a thread and knitting, bringing goods and money … the world’s famous brands like Chanel started this way,” the President stressed.

Government support for those who are able to work should only be given based on participation in a retraining and employment programme, however some unemployed citizens refuse to accept jobs offered to them, he said.  “What kind of an unemployed person is this? If unemployed, he or she should accept the offered job, go where that job is. In case a person doesn’t want to work, he or she doesn’t need it, hence [we should assume] he or she is secure [financially].”

Nazarbayev called on the people and the state to work together and help each other.

He noted a certain number of the approximately 30 percent of school graduates who remain without choices after completing their education should obtain a profession. Announcing the proposal that technical education would be free for everyone beginning in 2017, he addressed young people and called for the need to actively bring working-class professions under training. Nazarbayev said to support and showcase the people of peacetime labour he had specifically introduced the highest state award several years a couple of years ago.

“In my time, I began with a working boiler suit standing near the blast furnace with a shovel in my hands, 40 centimetres by 40 centimetres. I also had a 15-kilogram crowbar … With such tools and clothing I worked for nine years. Take the example; you will need such experience years after, no matter what path you choose,” said Nazarbayev.