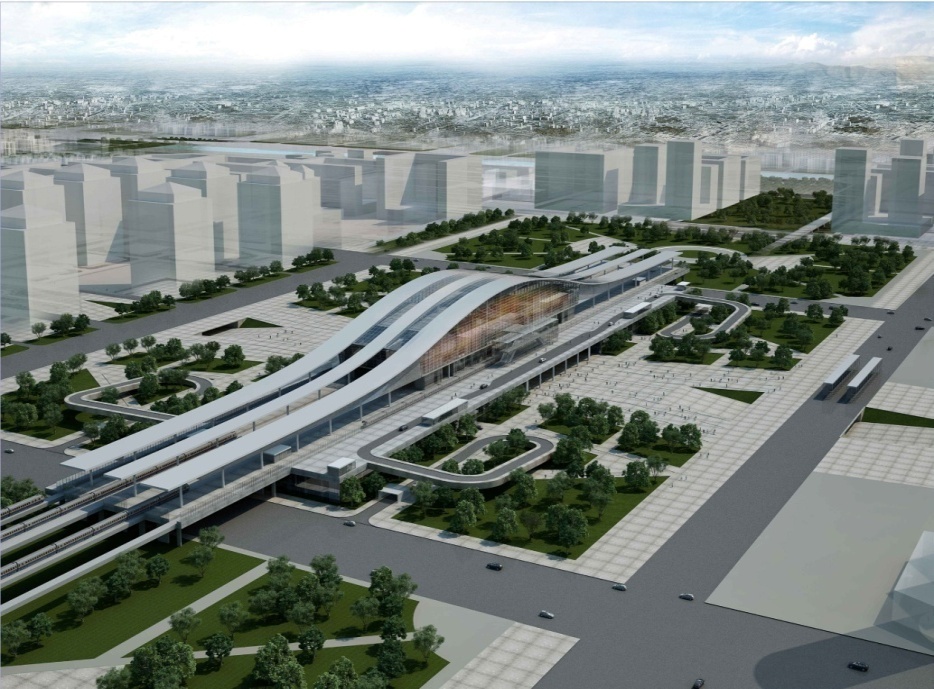 “Construction workers are working 24 hours a day. Currently, the base of the station has been set, the metal frame is being installed and the roof of the building is ready. Seventy-six percent of reinforced concrete structures have been completed, 13,000 tonnes [58 percent] of metal structures have been installed,” said Vladimir Kling, director of the KTZ Directorate for Implementation of Major Projects.

According to him, 13,000 workers are involved in the construction process.

The construction is part of the preparations for EXPO 2017. It will be 11 times bigger than the existing railway station. The height of the six-floor complex will be 49.5 metres, the width 116 metres and the length 630 metres.

A metal-covered railway platform with a length of 2,550 meters is being constructed because the trains will arrive directly into the building. So far, 87 poles and 17,300 tonnes or 69 percent of the total metal spans have been installed.

The new building will be equipped with energy-efficient elevators and escalators. Also, it will have underground heat exchangers that will heat the station with the help of thermal springs. This technology will heat the complex in winter and cool it during summer. 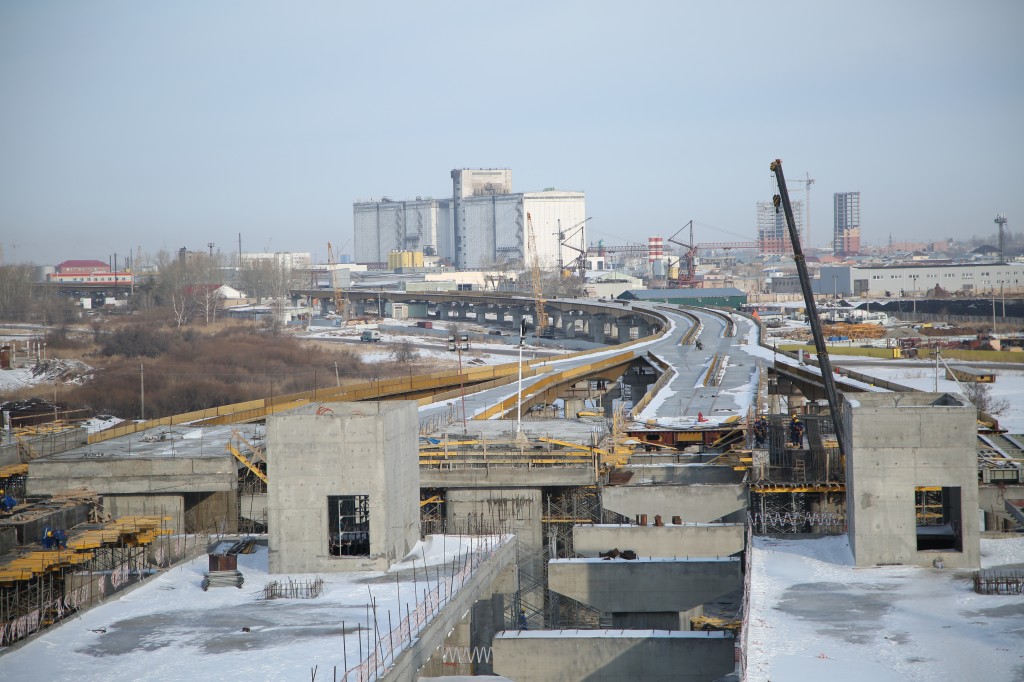 The existing railway station provides services to more than 7,000 passengers per day and the capacity of the new station will be up to 35,000 passengers per day. The main railway gates of the capital will provide bandwidth for all its adjacent directions, including Tobol, Kokshetau, Karaganda and Pavlodar.