Dutch Prime Minister Mark Rutte visited Astana Dec. 2 for a trip heavily focused on economic cooperation. We interviewed Mainyura Murzamadiyeva, Kazakhstan’s Ambassador in The Hague, to discuss the results of the visit and the state of relations in general. 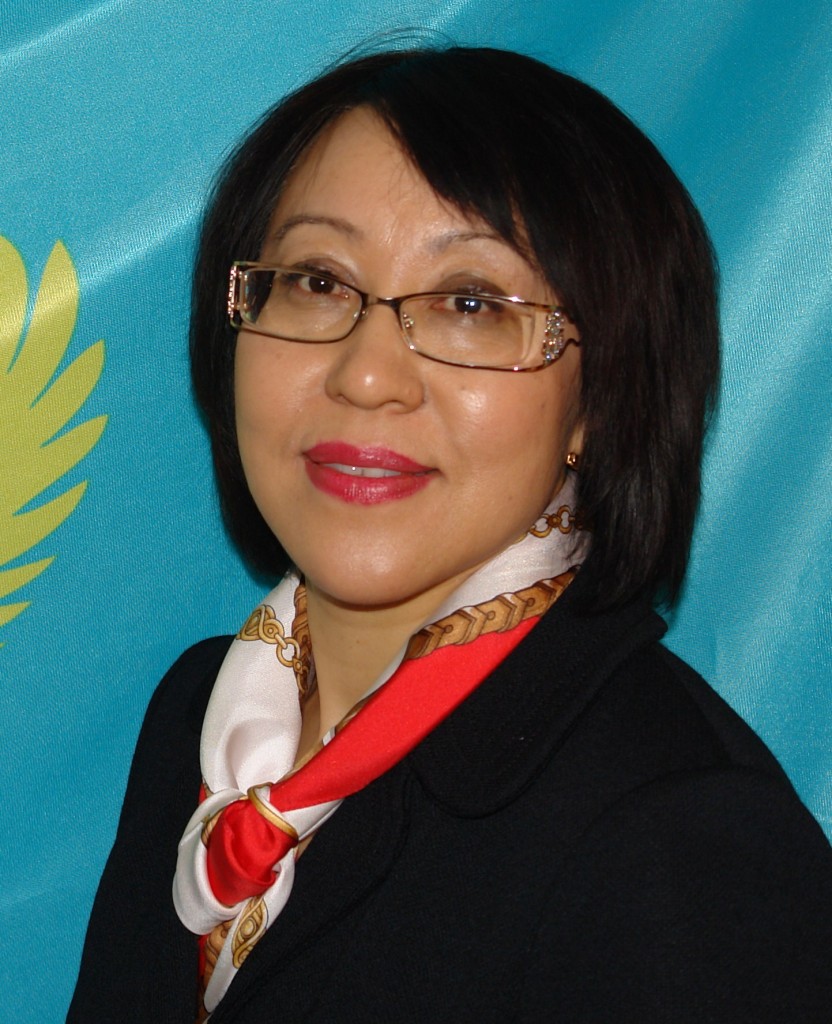 How would you characterise the current trade and economic relations between Kazakhstan and the Netherlands?

Today Astana considers The Hague as one of its key partners in Europe and intends to expand bilateral political and economic ties.

An important aspect of Kazakh-Dutch relations is trade and economic ties. The Netherlands is the number one investor in Kazakhstan’s economy. Since our independence the amount of direct investments in Kazakhstan from companies registered in the Netherlands has reached $59 billion.

Foreign trade turnover between Kazakhstan and the Netherlands remains at a fairly high level and at the end of 2014 amounted to $9 billion. During the third quarter of 2015, the volume of bilateral trade was at $3.9 billion.

Today, a number of major Dutch companies operate in Kazakhstan. One of them is Royal Dutch Shell, which has invested around $8 billion in the development of the Kazakh oil and gas industry.

Along with Shell, large Dutch engineering companies such as CB&I, Witteveen + Bos and Van Oord, which provide comprehensive services in the field of energy infrastructure in the Caspian Sea, operate in Kazakhstan. The famous brand Philips provides large facilities in Astana with lighting equipment, as well as high-tech developments for leading Kazakh medical institutions.

Currently, more than 1,000 joint Kazakh-Dutch enterprises which are engaged in geological exploration, production and processing of agricultural products, consumer goods and services are registered in Kazakhstan.

From an economic point of view, the visit of Dutch Prime Minister Mark Rutte, heading an impressive delegation of the Dutch business community including the heads of such world concerns as Unilever, ING Bank, Shell and others to Kazakhstan on Dec. 2 was important. The programme of the visit included a meeting with Kazakh Prime Minister Karim Massimov followed by a working lunch with business circles of the two countries in the presence of the two prime ministers.

In order to strengthen cooperation between Kazakhstan and the Netherlands in the strategically-important agricultural sector, the Dutch side gave the Kazakh side the Dutch government’s invitation for 10 professionals and leaders in the sector to visit the Netherlands.

The priorities for economic cooperation are oil and gas, agriculture, infrastructure and logistics, maritime operations and consulting services.

One of the successful outcomes of the visit was the announcement made by Van Oord. According to the statement, the company awarded several new contracts in the Caspian Sea worth over $500 million.

I believe that taking into account the current economic situation in the country, as well as the orders of the Kazakh President on attracting foreign investment, the visit has practical importance and urgency.

How would you characterise the current state of the highest-level contacts between Kazakhstan and the Netherlands?

Relations between the two countries are developing in a friendly and trusting nature. The countries demonstrate similar positions on major international issues.

In recent years, we have seen steadily-developing bilateral contacts at the highest level. So, on ​​March 23-25, 2014, on the eve of the Nuclear Security Summit, Kazakh President Nursultan Nazarbayev made an official visit to the Netherlands. During the visit, the second in the history of bilateral relations between the countries, the sides paid special attention to nuclear disarmament, new directions of trade-economic, investment, scientific-technical and energy cooperation, including environmental issues, the development of transit and transport potential, cooperation in agriculture and innovation.

On May 19-20, the visit of Kabibulla Dzhakupov, Chairman of the Mazhilis of the Parliament who also acted as the Special Envoy of the Kazakh President, on the issue of Kazakh candidacy for non-permanent membership on the United Nations Security Council for 2017-2018, was a continuation of contacts at the highest level.

One of the most significant events of the year was Rutte’s Dec. 2 visit to Kazakhstan. During the visit, the head of the Dutch government met with our head of state, Massimov and the speakers of both chambers of the Kazakh Parliament. During the meetings, the sides discussed issues of further strengthening cooperation in trade, energy, agriculture, transport and space technologies, as well as the further development of partnerships in the framework of cooperation between Kazakhstan and the European Union (EU). The sides also exchanged views on topical issues of the international agenda. The head of state noted that the Netherlands ranks first among EU countries in terms of investment in our country.

In turn, Rutte noted that the 100 Concrete Steps plan implemented by Kazakhstan and aimed at diversifying the economy, as well as Kazakhstan’s entry into the WTO (World Trade Organisation) and completing the process of preparing an enhanced partnership and cooperation agreement with the EU, offer ample opportunities for deepening bilateral cooperation.

“I believe this agreement will set a completely new quality basis for political and economic ties between our countries,” stressed Rutte.

What can you say about the awareness of Dutch society on Kazakh socio-economic development?

In this context, the great interest of the Dutch political and business circles in the 100 Concrete Steps Plan of the Nation and Nurly Zhol – the Path to the Future should be noted. The proof of this are Rutte’s words during a meeting with Nazarbayev that “the 100 Concrete Steps programme will allow your country to comply with OECD (Organisation for Economic Co-operation and Development)standards”.

Rutte also noted that about 50 steps from the 100 Concrete Steps refer to economic reforms and the Netherlands is ready for effective cooperation with Kazakhstan. The Dutch Prime Minister named agriculture, water engineering, small and medium enterprises, infrastructure and the oil and gas sector as promising areas.

Recently, Rapil Zhoshybayev, commissioner of EXPO 2017, paid a visit to the Netherlands. What were the results?

Indeed, on Nov. 19-20, the Kazakh delegation headed by the commissioner of EXPO 2017 Rapil Zhoshybayev visited the Netherlands. The main purpose of the visit was to obtain official confirmation of the Netherlands to take part in the international specialised exhibition EXPO 2017, as well as attracting foreign investment and Dutch expertise and technology in the field of renewable energy.

During the business forum, representatives of more than 40 Dutch companies underlined that the Future Energy theme of EXPO 2017 is of big interest and expressed their willingness to present their projects in 2017 in Astana.

The main outcome of the visit was the Netherlands’ confirmation that it will take part in EXPO 2017. On Dec. 2 in the presence of the two heads of government, Akhmetzhan Yessimov, chairman of the board of Astana EXPO 2017 and Hans Driesser, the Dutch Ambassador in Kazakhstan, signed an agreement on the participation of the Netherlands in EXPO 2017.

How has the cultural and humanitarian cooperation developed between the two countries?

In this area the Kazakh Embassy in the Netherlands, with the active cooperation of Kazakh state bodies, actively works on expanding cultural, scientific and educational ties between the two countries. Thus, within the first world tour of the Astana Opera theatre, a concert was held in Rotterdam in November of last year, where masterpieces of Kazakh and foreign music performed by the best Kazakh artists were presented to the Dutch public.

One of the last major events of this year is the opening ceremony of Astana Square in Rotterdam, announced during the official visit of the head of state in March 2014.

Nazarbayev University and Science Park Eindhoven, the world’s leading science and technology park, are actively developing cooperation in the framework of the cooperation agreement.

This year we published books in Dutch, particularly a translation of “Book of Words” of Abai Kunanbayev and books describing the traditions, culture and way of life of the Kazakh people. In this context, it should be noted that on a regular basis we maintain close contacts with representatives of the Kazakh Diaspora permanently residing in the Netherlands. Diaspora representatives are regularly invited to cultural events, seminars, etc., in which they can get acquainted with the latest achievements in social and political life in Kazakhstan.