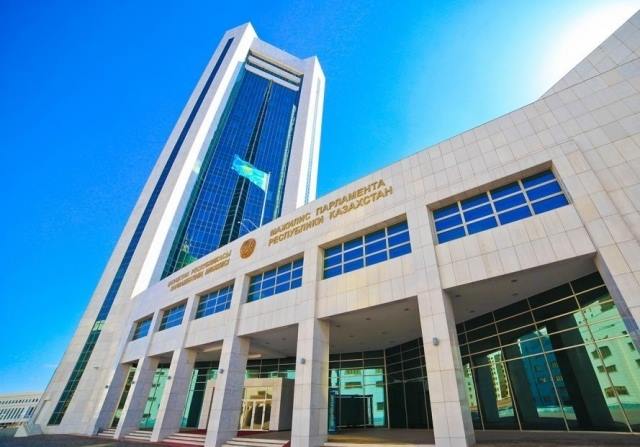 “The loan will be granted to Kazakhstan for five years. Three years are considered preferential. These funds will be focused on the social liabilities of our state, programmes, activities and projects, which are provided for in the budget of the Republic of Kazakhstan. The main objective, which is currently being realised, is to promote the economy and stimulate economic development in Asia by investing in the infrastructure sector of our country. The interest rate is minimal. I believe it will not have any negative impact on our country. We consider it a widely used process in international practice,” Member of the Mazhilis Maulen Ashimbayev said, according to Tengrinews.

“The loan will be used to cover the deficit of the national budget for the support of programmes approved by the government. These funds will be aimed at the priorities of the domestic economy to enhance the strategic objectives of economic competitiveness. The amount of this loan will be used in January 2016. Logistics, transport and energy issues will become priority sectors of this financing,” Minister of National Economy of Kazakhstan Yerbolat Dossayev emphasised.

Kazakhstan’s Ministry of Finance will be responsible for servicing and repayment of the loan using funds from the budget according to the financial terms and conditions specified in the loan agreement.

Elsewhere, Chairman of the Mazhilis Kabibulla Dzhakupov recently summarised the work of the deputies for the year. The level of productivity of the deputies was very high in 2015, he said. They approved 158 out of 210 bills. In addition, he made clear that every newly elected representative is the so-called “drive” to initiate new laws. “For instance, in 2015 the deputies initiated 25 laws in comparison with the number of laws in 2013 and 2014 (10 and 14 laws respectively were initiated). Any stagnation in the legislation work shall not be allowed because we don’t have any right for that,” he emphasised.

“It is very important to be a sustainable and reliable platform for the support of our President in updating the process of both the nation and the state for improving the work of the legislative base,” the chairman of the Mazhilis said.

The agreement of the Asian Infrastructure Investment Bank has been approved by the deputies. Fifty-seven countries of the bank (including Kazakhstan) signed it in June.

With this agreement, Kazakhstan will become one of the funding countries in the Asian Infrastructure Investment Bank, according to Kazakh TV.