By Malika Orazgaliyeva in Nation on 11 December 2015

ASTANA – A round table discussion devoted to Human Rights Day organised by the Human Rights Commission under the President of Kazakhstan took place in Astana Dec.10. 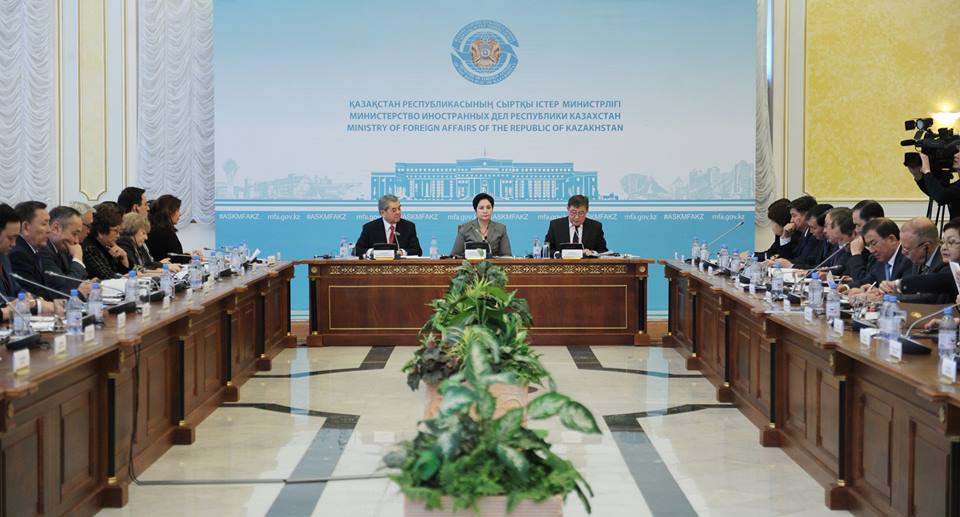 In her welcoming speech, Abdykalikova noted that the discussion of human rights is relevant to Kazakhstan’s Plan of the Nation and the improvement of human rights mechanisms in Kazakhstan in accordance with international standards.

During the conference, the sides exchanged views on a wide range of issues concerning the implementation of human rights and freedoms guaranteed by the Constitution and current legislation of Kazakhstan.

The participants reported on implementation of the norms of international law, improvements to national human rights protection mechanisms and advancements in judicial and non-judicial protection of human rights in Kazakhstan.

The speakers noted the importance of international treaties on human rights ratified by Kazakhstan that are oriented at improving human rights mechanisms and strengthening the national human rights protection system.

“In the Kazakhstan 2050 Strategy, President Nursultan Nazarbayev stressed the protection of childhood. Kazakhstan has ratified a number of conventions and adopted more than 90 laws and other normative acts aimed at improving the situation of children,” said Sultanov.

During the discussion, the international and national experts gave a positive assessment of human rights mechanisms in Kazakhstan.
In conclusion, Abdykalikova congratulated the participants with the successful defence of three national reports to the UN Human Rights Council and UN treaty bodies this year.

According to the official website of the UN, Human Rights Day is observed every year on Dec. 10. It commemorates the day on which, in 1948, the UN General Assembly adopted the Universal Declaration of Human Rights. In 1950, the assembly passed resolution 423 (V), inviting all states and interested organisations to observe each Dec. 10 as Human Rights Day.

The Universal Declaration of Human Rights, the most translated document in the world, has been proclaimed “a common standard of achievements for all peoples and all nations.” In a preamble and 30 articles, it sets out fundamental human rights to be universally protected.