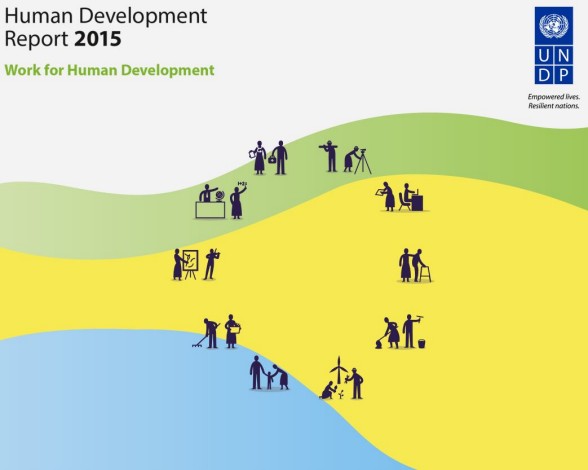 The report’s top five countries are Norway, Australia, Switzerland, Denmark and The Netherlands.

Russia and Belarus shared the 50th position. Kazakhstan leads among Central Asian countries and is the only one to be included in the group with a High Human Development. Turkmenistan (109), Uzbekistan (114), Kyrgyzstan (120) and Tajikistan (129) were listed in the Medium Human Development group. Afghanistan, which is now also often discussed in the context of Central Asian affairs, was ranked near the bottom of the list, at 171st position.

According to the UNDP press release, “the developing countries of Europe and Central Asia have been showing steady progress in human development levels. Together with Latin America and the Caribbean, the region has the highest Human Development Index (HDI) among all developing regions. Nevertheless, complex challenges – including globalisation, demographic changes, large migration flows, fast technological progress and environmental degradation – may increase inequalities and reverse recent development achievements there.”

Kazakhstan’s HDI has been improving each year since 1990, according to a table of trends in the report, showing steady increases in all indicators.

The report also shows the results of the Gender Development Index, which shows the same indicators as HDI, but separately for men and women.

The UNDP has also included a Gender Inequality Index in its annual report, where Kazakhstan ranks 52nd. The index reviews several indicators, such as Maternity Mortality Ratio (26 deaths per 100,000 live births), Adolescent Birth Rate (29.9 births per 1,000 women ages 15-19), Share of Seats in Parliament (20.1 percent held by women) and Labour Force Participation Rate (67.7 percent of women and 77.9 of men). Leadership in these areas goes to Slovenia with Switzerland second and Germany third. Russia and Belarus are 54th and 31st in the ranking respectively.

The report urges countries to improve women’s lives by ensuring equal pay, providing decent parental leave and tackling the harassment and the social norms that exclude so many of them from paid work. It also calls for more equitable distribution of care work. Europe and Central Asia should also develop targeted strategies to eradicate human trafficking, the report says.

“The developing countries of Europe and Central Asia have maintained comparatively low levels of inequalities, including when it comes to gender. But decent work needs to play a central role in furthering development efforts,” said Cihan Sultanoglu, assistant administrator and director of UNDP’s Regional Bureau for Europe and the Commonwealth of Independent States. “Countries can now build on their success if they focus more on education and skills, participation and social protection,” she added.

Kazakhstan’s population trends are also displayed in the report. It is expected that by 2030, the country’s population will reach 18.6 million people. The UN currently estimates it at 16.6 million (although the official statistics within Kazakhstan already put the number at above 17 million). The annual growth rate has been 1 percent since 2010. The urban population is 53.3 percent. The fertility rate is 2.4 births per women. Before 2010, it was 2.0.

Perceptions of well-being were assessed as well. According to data, 46 percent of people are satisfied with domestic education, 39 percent are satisfied with healthcare quality and 53 percent of respondents say they feel safe in Kazakhstan. According to the report, 60 percent trust the national government and 43 percent trust the country’s judicial system. The lowest rate here goes to actions to preserve the environment.

“Today people are living longer, more children are in school and more people have access to clean water and basic sanitation. Per capita income in the world has gone up and poverty has gone down, resulting in a better standard of living for many people. The digital revolution has connected people across countries and societies. Work has contributed to this progress by building people’s capabilities. Decent work has provided people with a sense of dignity and an opportunity to engage fully in society,” said UNDP Administrator Helen Clarke as she presented the report in Ethiopian capital of Addis Ababa on Dec. 14.

According to Clarke, the report concludes with a call for global and national action to guarantee workers’ rights and promote sustainable work in the fast changing world of work.

“Three particularly important proposals highlighted by the report are: establishing a new social contract between state, society, and private sector to improve social protection; deepening co-operation between workers, businesses, and governments around the world to craft a Global Deal to guarantee workers’ rights. The International Labour Organisation’s recent convention for paid domestic workers points in this direction; and promoting fair income, security in the workplace, and social protection for workers and their families through the Decent Work Agenda of the International Labour Organisation (ILO).”

“This new global Human Development Report is an urgent call to tackle one of the world’s great development challenges – providing enough decent work and livelihoods for all,” Clarke stressed.